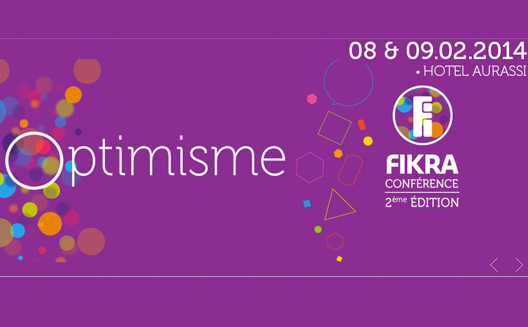 One could be tempted to compare Fikra to an Algerian TEDx, yet the event, which draws it name from the word idea in Arabic, debuted a unique mission last week: to promote ideas for the future, showcase Algerian leaders, and organize a national startup contest, something that is still rare in the country.

Held at the Hotel Aurassi in Algiers, it drew a sizable crowd of 1400 to  on the 8th and 9th of February, as 34 speakers took the stage to talk about optimism.

“It as very inspiring,” recalls Naïma Abbes, who especially appreciated the diversity of the participants, which went far beyond web entrepreneurs. Her favourite talks included those from Slimane Othamni, the Board Chairman of NCA-Rouiba, a family-run fruit product company, and of Mohamed Brahimi, a drilling self-made-man who got a standing ovation.

For Tahar Zanouda, the co-Founder of DiaLife, an online health tracking platform for diabetics, the high point was Belgacem Haba’s speech, during which Haba described how he made his way from growing up in a small village to being a senior staff member at Google Data Center Platform. “Listening to the success story of an average Algerian guy from a really poor village gave us hope and proved that nothing is impossible,” he explains.

His opinion was shared by Abdellah Mallek, who highlights that Belgacem Haba’s 657 patents in electronics make him one of the most productive inventors in the world. He was also inspired by Nouredinne Melikechi’s talk on his work for the NASA’s "Rover Mission" on Mars. A talk about Algerian art by Sultan AlQassemi, journalist, regional pundit, and founder of the Barjeel Art Foundation, was also highly appreciated.

The success of the event didn’t came only from the lineup, however; participants applauded the flawless organization of the event, which had tripled in size compared to the first edition last year. Mallek goes as far as comparing Fikra to an Algerian LeWeb. “We’re not used to events of this quality," he says.

His comparison also stems from the quality of the networking, he says, both with the startup community, and the broader community of forward-thinking creators working to move the culture and economy forward. 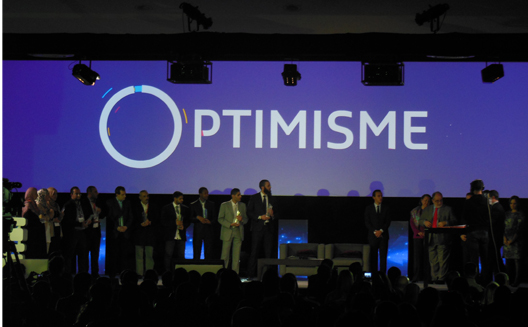 The Djezzy Startup Challenge also made noise, mostly for its diversity; participants’s profiles were quite different from the usual Algiers-based geeks you find at similar events, explains Mallek, who was impressed by the diversity of their ages, backgrounds, and geographical origins. The 10 laureates have won a year of coaching and a million dinars each.

This event offered yet more proof that young Algerians want to change the culture, shake things up, and create solutions to their problems. Although few Algerian startups have scaled outside the country, the high number of events like TEDx, BeMyApp, or Algérie2.0 bode well for the future of entreprneeurship

Yet, in order to create a real ecosystem, participants will have to spread a culture of change beyond these events, Abbes explains. It’s now in the hands of Algerians to share their experiences with the largest crowd possible.