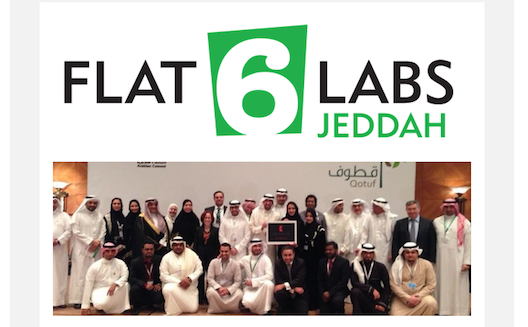 Nine months after its launch, Flat6Labs Jeddah startup accelerator has graduated its first class of startups, which serve markets from mothers to math students.

After four months of incubation, the startups had their chance to impress investors, entrepreneurs, and the press, at a Demo Day last week that served as the accelerator's first benchmark as well. After becoming a staple of the Egyptian entrepreneurship scene, recently celebrating its sixth Demo Day in Cairo, Flat6Labs has put itself to the test of a new environment.

Rather than import a culture from abroad, the accelerator has partnered locally with Qotuf AlRiyadh development company, which supports small and medium enterprises in the Kingdom; Flat6Labs Jeddah is now the only privately owned accelerator in the KSA. According to graduates, it's provided weclome, and needed, support.

“Flat6Labs Jeddah really lived up to the accelerator name,” says Wesam Yaghmour, the Saudi CEO of Wade7. “They always pushed us to do better. Looking back after finishing the cycle, I could never have imagined that I had the capability to do all that I’ve done in this short period of time.”

Hussein Attar, the Saudi CEO of Sawerly, echoes Yaghmour’s sentiments: "Flat6Labs Jeddah actually did help us accelerate our company. Before the cycle we worked on the idea a couple of times but with F6L the idea became a reality right away.”

The five graduates include:

The Demo Day event also connected all three startups to potential investors, to varying degrees of success. “After the event,” says Hashim Geoffrey, the Saudi CEO of Kanoosh, “we were approached by many VCs both local and abroad... who seemed very excited about Kanoosh and are looking forward to discussing our business plan and financials.” Attar has also “scheduled meetings with investors for the coming weeks.”

But an acceleration stint at F6L Jeddah doesn’t mean that investment comes easy. Yaghmour, who describes the Demo Day as “one of the most exciting days of my life,” reports that after a couple of meetings “[we realize] we need to work even harder now if we are to receive any serious investment.”

While he now knows just how much work there is to be done, the F6L experience gave Yaghmour more than just acceleration: “I will never forget the day they managed to get Dave McClure, the super angel, to visit us in Jeddah. It was like a dream coming true to pitch my idea in front of him and listen to his feedback.”