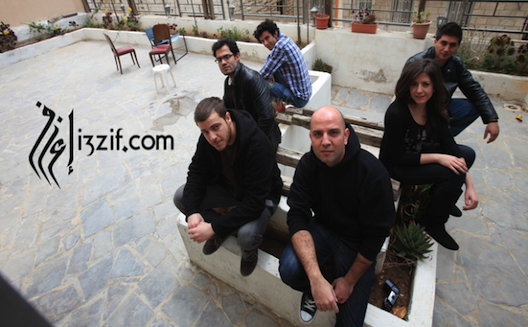 Just over a year after launch, the team at i3zif, the online Arabic music school, has kicked off 2014 with three ambitious new goals, says co-founder Bisher Abu Taleb, who’s currently participating in a 500 Startups boot camp in Silicon Valley.

Last Saturday, partners Abu Taleb and Ayham Abu Hammad launched a new program to teach music to students in Jordanian public schools through i3zif’s video tutorials, in partnership with Queen Rania’s Madrasati program, and sponsored by private sector donors and international funds. The program has bought and set up computer labs, instruments, and musically trained supervisors in 15 Jordanian public elementary schools in what Abu Taleb refers to as “music deserts.” “The plan,” he says, “is to create this success story in Jordan and spread it to the UAE, Qatar, [and the larger Arab world]… in the region, we all share the same problem” of a severe lack in “music schools, good instructors, and variety of instruction.”

Meanwhile, Abu Taleb’s co-founder Abu Hammad is in Cairo, the capital of Arabic entertainment, working with sessions musicians for several Arabic pop stars. Abu Hammad, a videographer whom Abu Taleb calls “our Tarantino,” records the musicians giving lessons on their instruments to the camera, using pop songs that people will likely recognize, adding to an already extensive catalogue of instructional videos. “We want to use these undercover pop stars,” he says, “to teach music to our students.” 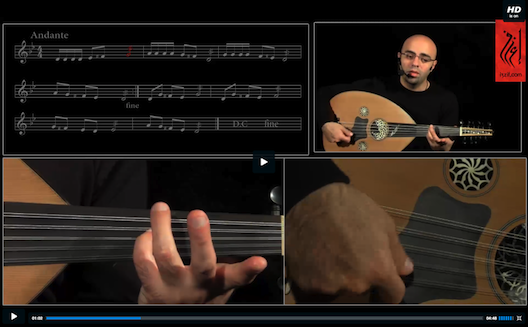 I3zif’s third goal is for Abu Taleb to immerse himself in the Silicon Valley culture of the 500 Startups boot camp, and apply what he learns to i3zif. “It’s amazing how they’ve been able to create this culture… we’re getting help from [startups and entrepreneurs] in previous batches as though we’re in the family now.” He’s already begun to develop some new ideas for tweaking the site and business model: “In the first few weeks I’ve realized that we’ve neglected the technical side [of the site]. We need to work on user experience and integrative features.”

The i3zif concept is very simple: professional musicians give lessons for their instruments, via pre-recorded videos with which users can follow along. Thus far, i3zif has worked on a subscription basis: users buy a package of around 25 instructional videos that they can own for one year, for an average subscription price of $70 USD. “Right now we offer guitar, piano, oud, tarbouka, even Arabic singing,” Abu Taleb says, but marketing efforts aren’t just targeted to the Arab world. “We’ve seen a growing number of subscriptions for non-Arabs who are currently learning oud in English.” Of the 19 courses currently offered, two are in English.

At a glance, Bisher Abu Taleb’s story seems like an Oasis500 fairy tale. Two months into their program at the Amman incubator, founder and Vice Chairman of Aramex (and Wamda’s Chairman) Fadi Ghandour “came up behind me at a pitch event, tapped me on the shoulder, and said these two sentences I’ll never forget: ‘Hi, I’m Fadi Ghandour. I love what you’re doing and I want to invest.’ I thought I was dreaming!” he laughs. “Fundraising should be much harder than that.”

But that doesn’t mean i3zif’s success came overnight. Abu Taleb has been thinking about the concept for at least ten years, after having built a career as a professional musician beginning at the age of 19, when he joined the Jordanian new age group Rum – “one of the most established musical groups in Jordan” – with which he traveled all over the Arab region, Europe, and the U.S. After graduating from university with an IT degree, his career path wound back and forth between music and tech, never settling anywhere for long. “I worked for 12 companies in six years because I was convincing myself that I was happy, that this is the company I’m going to stay in.”

“I realized a long time ago that I should be an entrepreneur… but you shouldn’t start a business just because you can,” he says, mentioning the “like 200 studios” that musicians have opened in Amman. “To be successful,” he opines, “you have to solve a problem.”

After i3zif graduated from Oasis500, it secured a $100,000 USD follow-on round of funding from MENA Venture Investments, the investment vehicle that Ghandour leads. Since closing this initial follow-on round, the startup has closed another round of investment, this time for $300,000 USD, from Silicon Valley’s 500 Startups and four angel investors. Fresh from this exhilarating success, the six-person i3zif team is focusing on the next few months, which will be “crucial for the success of our business,” Abu Taleb says.

“The fact that we’re all musicians, and that we all had full-time jobs and were unhappy before i3zif,” he reflects, “helped us to bond. This passion for music made us a really solid team.” But does passion alone make a successful startup? “Passion is overrated when you’re working in a bank. But if you’re working in the arts, passion creates loyalty and makes people overdeliver.” The success of i3zif this year, he believes, hinges on just that.