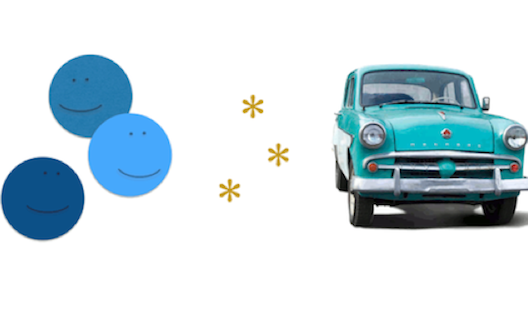 Liwwa, the halal crowdinvestment site launched last November in Jordan, is adding a new facet to its business model: a partnership with Feesheh, a Jordanian e-commerce site for musical instruments.

“Liwwa is doing really well,” says co-founder Ahmed Moor on a call with Wamda, describing the success the crowdinvestment site has experienced so far with its novel scheme of Sharia-compliant peer-to-peer lending. “The processes are in place,” Moor says. “Our challenge as we regard it is finding good small businesses to fund… we can only accept about 1% of applicants to protect against risk of default.”

The partnership with Feesheh is an attempt to expand this pool of qualified beneficiaries. “Feesheh gets a lot of expressions of interest from people who ask about financing for Feesheh products,” which can cost hundreds, or even thousands, of Jordanian dinars (1 JD is equal to about 1.41 USD), says Moor. When a potential borrower gets approved for funding – a process “not so different from qualifying for a bank loan” – they also qualify for preferential funding treatment, if they commit to purchasing the product from Feesheh.

The partnership also allows Liwwa to benefit from Feesheh’s extensive marketing campaigns, as befit a decent-sized e-commerce entity. “Feesheh has undertaken a focused marketing campaign, one of whose elements is communicating the existence of a funding facility,” Moor says. Feesheh will also pitch the service to schools and studios directly, says co-founder Nur Alfayez in an email to Wamda.

So, while Liwwa gets increased visibility and higher numbers, Feesheh gets business from people who wouldn’t have been able to afford an outright purchase, and customers get immediate access to a musical instrument before they’ve fully paid for it.

Liwwa’s P2P lending model – pioneered by Moor and his co-founder Samer Atiani – may appeal to investors in ways that other regional crowdfinancing sites Zoomaal and Eureeca don’t: it has a set profit rate of between 10 and 20%. Beneficiaries receive a lease-to-own deal on equipment they need or want; the only general caveat is that investment amounts are very small.