This article is part of our expert content series, in which we will highlight valuable advice from key experts in the regional ecosystem. 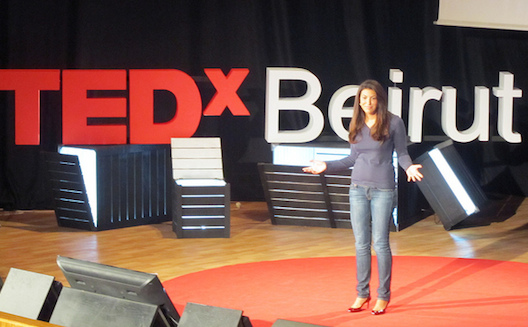 On the strength of her fifteen years of experience as a fund manager at Comgest, the French multinational asset management company, Lebanese entrepreneur Hala Fadel is ready to put her own money on the table, as a regional angel investor.

Fadel has decided to move to the other side of the equation, as an angel investor in the Arab region. “I want to go through this experience by myself and at my own expense first, so that my experience with a fund, when I eventually decide to join one, wouldn’t be my first,” says Fadel.

When she moved back to Lebanon from France, “I noticed that the region needs a lot of support and assistance in terms of entrepreneurship,” says Fadel. Shortly thereafter, she decided to launch the Massachusetts Institute of Technology (MIT) Enterprise Forum in 2006. Over the course of her involvement with the forum, Fadel’s knowledge of the ecosystem has vastly improved.

The forum’s Business Plan Competition supports about 70 entrepreneurs selected every year among nearly 5,000 applicants. Fadel’s follow up with these companies over the years, identifying their needs and challenges has been a great incentive for her to invest in the success of this “first generation of entrepreneurs.” “It is our duty to support entrepreneurs,” Fadel adds.

Of the 15 to 20 startups she’s invested in so far, she bases her decisions on the entrepreneur’s personality and character. “An entrepreneur who sees the problem before the solution is not my favorite one. I am instead looking for entrepreneurs who are driven, hardworking, have positive thinking, and no ego,” she says.

Throughout her experience, Fadel has been able to identify some basic mistakes entrepreneurs commonly make, namely:

Mistake #1. Avoiding negative feedback coming from users, experts, and mentors. This, she says, can be the most useful type of feedback.

Mistake #2. Underestimating the value of a great team and the importance of recruiting quality people. “Class A people get funded more easily,” she says.

Mistake #3. Starting small and obsessing over their local market, rather than looking at the bigger picture.

As for entrepreneurs looking to expand and scale by getting another round of funding, Fadel advises them to devote enough time to communicating with a variety of investors before concluding any deal. “This stage requires a lot of effort and patience, and it is crucial. It is important to actually do things instead of just thinking and planning,” says Fadel.

In her interview with Wamda, Hala also shared two of the most inspiring stories that have led her to invest in companies. These stories can be taken as inspiration for regional entrepreneurs looking to convince investors of their own.

The first story is an example of an entrepreneur who is positive, and open to criticism and different opinions.

Having learned about Et3arraf, the online marriage-oriented matchmaker, Fadel told a friend of co-founder Cedric Maalouf that the idea would never work because it requires the use of technology that is still new to the region.

When Maalouf heard, he personally visited Fadel at her offices and told her that he had cancelled all his appointments for the day and was willing to spend the whole day discussing his idea with her, and showing her why he thinks it will actually work. “I was impressed by Cedric’s positivity and determination. People who know that you do not like their work usually avoid you, but Cedric was very positive about my feedback. So, I cancelled my appointments too and listened to him. I ended up investing in Et3arraf six months ago and we are now in the process of closing the deal. Now, I believe in the idea’s success potential,” explains Fadel.

The second story is about the sheer determination of entrepreneur Nadia Chemali, founder of Foodlve, who used to send Fadel about ten e-mails per day, updating her with every detail arising during her work on the startup, and why Fadel should support her and invest in her work.

“Nadia has a funny sense of humor, and is very persistent. She would admit that she is borderline annoying, as an excuse to keep trying to convince me. And instead of feeling repulsed, I ended up being attracted and curious about her project. Eventually I wanted to know more about her and closely follow up on her work, and I invested in Foodlve too.”