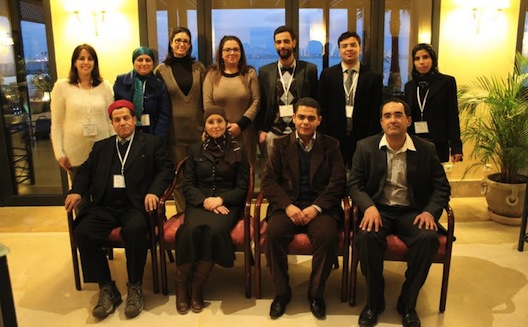 There was one not-so-little problem though: a serious lack of innovative Tunisian projects to invest in. So, by the end of 2010, the investors decided to launch two additional platforms to help startups get off the ground. These are:

The incubator supports startups that are still in the idea stage, offering during the first nine months:

The first UniVenture class graduated at the end of 2013. The sponsors rewarded three startups:

Entrepreneurs who wish to join UniVenture’s second class have until April 16th to register.

Wikistartup, a coaching agency for startups

The private incubator has now two main activities: individual coaching for startups, and two training sessions for investors and innovation entrepreneurs: a seminar on alternative funding and a session they market as the Business Angel Academy.

Since the beginning, the group has lobbied the government and attempted to clarify with the banks and the Tunisian Association for Capital Investors (ATIC) that the fund exists to perform a supportive role, rather than a competitive one. Mohnder Khanfir, Wikistartup co-founder and CEO, explained: “Our aim is to help them work better. We help innovative projects to structure, set investment projects coherent with the market, and fund where nobody would bet a dinar.” The seminar on alternative funding is targeted at those institutional actors to prove them the group’s legitimacy and its desire for coordination.

More than 40 people have joined the CBA: 20 individual investors, 10 corporate investors (including SICAR), and 10 experts dealing with due diligence.

The fund also offers an investment vehicle for passive business angels, CapitalEase. Aspiring business angels can invest in this fund and let CBA manage the selection and follow-up with startups.

In three years, CapitalEase and CBA have invested over TND 25 million (nearly $16 million USD) in 12 new technology and biotech startups that have been at early or growing stages.