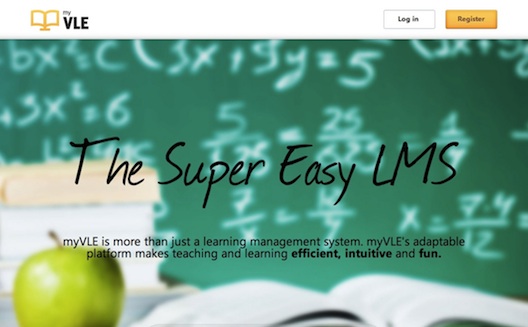 MyVLE is without a doubt one of the most hotly anticipated startups from Morocco. With its Moroccan and U.S.-based A-team, a well-designed product, and what seems like an eager market, the startup could become the success story Morocco has been waiting for.

MyVLE (whose name stands for My Virtual Learning Environment) is an online learning platform aimed at small to medium-size schools. Having used BlackBoard, the upscale market leader, back when I was in university, I was expecting a rather dull demo. But I was wrong: MyVLE is so simple and easy to use that I honestly wanted to go back to school just so I could use it.

Serial entrepreneur Kamal Bouskri shared his story and what he’s learned on his entrepreneurial journey.

Freshly graduated from university the U.S., Bouskri headed back to Marrakech to turn the family riad (traditional Moroccan guesthouse) into a successful luxury hotel.

Once settled, Bouskri decided to launch a startup. In two years, he launched and called a failure two companies, which he said told him a lot on web entrepreneurship.

The first one, International Hoteliers Club, an online club through which hospitality professionals could swap hotel nights and travel for free, failed due to the entrepreneur’s sheer exhaustion after having overextended himself. Bouskri’s second startup Easyproof, a service that facilitated remote work between designers and developers, failed due to its lack of financial potential.

But these two experiences weren’t a waste of time. Here’s what he learned from them:

For his next project, he looked for a crisis-proof market big enough to offer real growth potential, and a product that doesn’t require a critical mass. He opted for e-learning, and decided to develop a Learning Management System (LMS), to challenge upscale competitor Blackboard.

This time around, Bouskri prioritized gathering a quality team. “Without an A-team, the chance of succeeding would have been really small,” he insists. He got Zakaria Mahboubi for the finance side of things, and Hamza Aboulfeth for the tech side. Aboulfeth already knows a thing or two about building a successful company: at age 15, he launched the web hosting service Genious, dropping out of school at age 21 to work full time on his company, which turned into an early Moroccan success story.

Because he lacked market expertise and was entering a competitive market, he also decided to get experts to help define his product early on, so as to avoid “falling in love” with an inadequate product. Because his Moroccan address lacked international credibility, he looked for international experts.

On the strength of his vision, he convinced Alan Daly, Chair of the Education Studies department at University of California at San Diego, who he met at his riad, then Alan Guinn, Dean of Graduate Studies at Rushmore University, Tennessee, and an entrepreneurship consultant, to join him as a partner/advisors in exchange for some equity. “I’d rather have 30% [of a successful startup] than 100% of nothing,” he said.

Five month later, the team is ready to work a product.

One problem, one solution

When trying to understand why small to medium size schools and universities were reluctant to engage with e-learning products, the team discovered that they were intimidated with the price and corporate identity of big players like BlackBoard. They decided to create a more accessible product.

To be able to offer affordable prices, the team worked for two years on creating a service so simple to use that schools wouldn’t need the MyVLE team to set it up or train users, allowing MyVLE to save on client support.

To make it simple – and again, to save money – MyVLE chose to use Google’s free cloud service, including video upload, chat, and text-processing functions, rather than build and host their own. 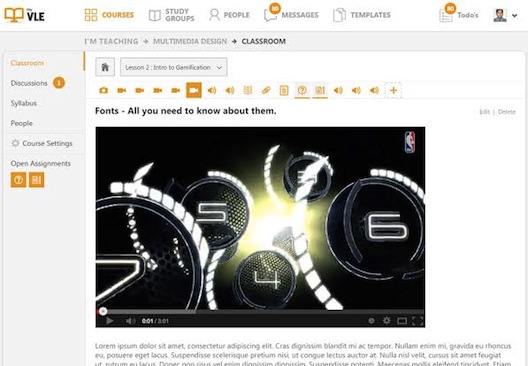 As for client acquisition, it will be through independent partner VP.

Teachers can adopt MyVLE at their own pace, trying out each of the following functionalities when feel ready. They can:

In order to make teachers lives easier, each student has their own profile with a picture and their record, and teachers can get statistics on their classes' performance.

The service is currently available in English, French, and soon Arabic, with Africa and the Arab world in mind.