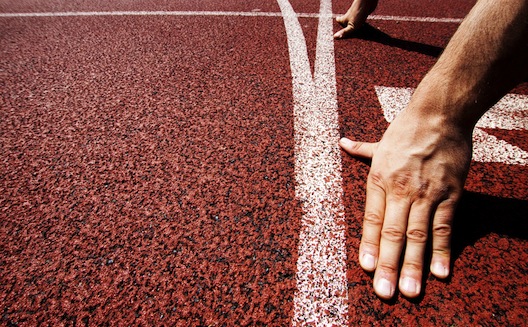 This post is crossposted with LinkedIn, as part of its series in which highly influential people share lessons from their youth.

Today, a college degree is a ticket to enter the job market, not a competitive edge and certainly not a guarantee to land you a job. The end of your academic journey marks the beginning of your real learning and struggle — or unlearning what has already become obsolete the day you walk into the professional world.

Regardless of your higher education or chosen career field, one fact remains true: as you step out of college, you will be spending the rest of your life in a world of accelerated disruption. Your first job is probably not going to be your last job. In fact, the two may end up being light years apart, as linear career paths in today’s professional world are a thing of the past. Yet, the good news is embracing change is like sailing through a constant stream of unexpected opportunity.

The closer you look into the lives of successful people, the more you will find hard workers with a track record of taking advantage of the unforeseen opportunities that come their way. The Wright brothers didn’t earn diplomas, and their first venture was far from aviation: they opened a print house and launched a local newspaper. Two years later when they took their weekly paper daily, it died in infancy, less than five months after they launched. When bicycle mania hit nationwide, the two had the insight to catch the wave and open a sales and repair shop. It was their work with bicycles, printing equipment, and other machinery that inspired the idea of a “flying machine” that could be balanced and controlled.

Similarly, Muhammad Yunus knew little about the traditional banking system prior to founding Grameen Bank. Fortunately, this had no impact on his pursuit of an innovative approach to lending that recognizes even the poorest of the poor can be capable, trustworthy entrepreneurs. Traditional banks were refusing these very small loans for fear of default, so villagers were left with no way to grow their business. It was 1976 when Yunus first loaned $27 of his own money to 42 village women, yielding a profit of several cents on each loan and giving birth to the powerful concept of microfinance. Yunus and Grameen Bank jointly received the Nobel Peace Prize in 2006 “for their efforts through microcredit to create economic and social development from below.”

Wherever you land initially, roll up your sleeves and do your best work. Learn everything you possibly can, act with integrity, and deliver on commitments — but keep your eyes wide open. Even as an employee, cultivate an entrepreneurial mind. Ask the right questions, consider solutions, adapt to changing environments, learn to process information quickly, and make informed decisions. Now more than ever before, those who succeed and find fulfillment in the process are the ones who keep exploring. Look for a place that shares your values and helps you grow — and don’t be afraid to take your time in finding it. Be fiery and passionate about your ambitions but patient, dedicated, and determined along the way.

Focus on being prepared. Connect clearly and transparently with other people, whether they are subordinates, peers and bosses, or clients and customers. Learn to listen. Remember that networking, cooperation, and collaboration are the ultimate keys to success in today’s complex and ever-changing world. Positive outcomes will depend upon your talents and capabilities but also on your team’s ability to magnify them. Most importantly, in the past two decades, technology has evolved at lightning speed providing all the tools one needs to innovate and recreate markets and industries without permission. Use those tools to create change within yourself and your environment.

Right after graduating from college, I was working at a car rental business and interviewing for other jobs at an American company in Saudi Arabia and the Central Bank of Jordan. A seismic shift in my life happened when I met my partner Bill Kingson and started Aramex in 1982. Ever since, not one day goes by without turbulence and excitement. The twists and turns along your path that seem the least favorable are likely to be the very events that end up catalyzing a breakthrough. This world is rife with the potential to build an exciting, fulfilling, and successful career, so make the best out of it.