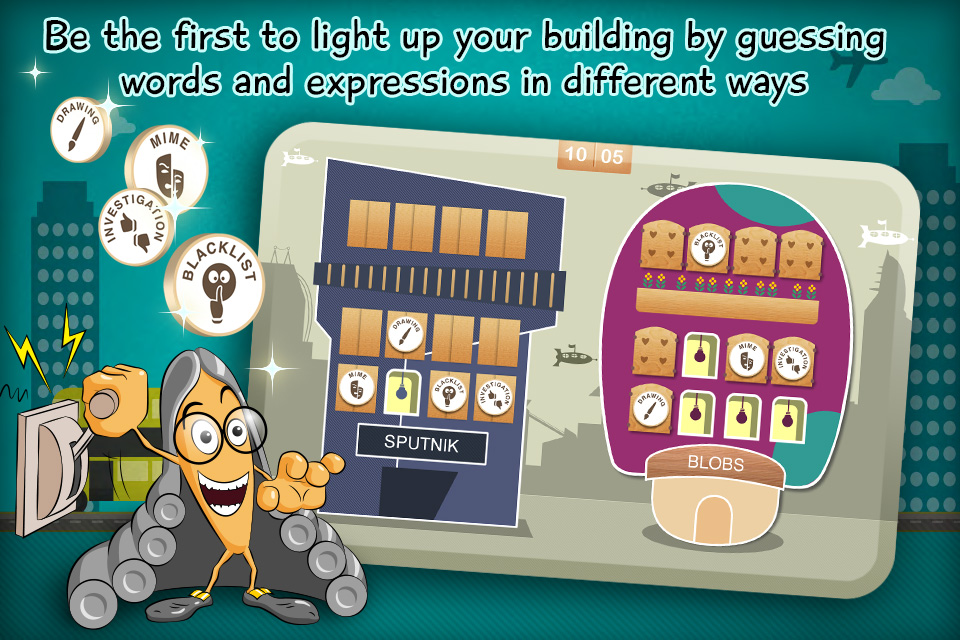 Ever wondered why board games like Monopoly, Chess and Risk are still popular?

Unlike mobile and online games, board games increase social interactions, teach quick thinking, and, perhaps most importantly, teach players how to take turns – an important skill educators and parents alike struggle to teach. While mobile games can be educational too, they don’t usually force players to be in the same vicinity. This is probably why time after time we see bursts of new mobile games that become popular quickly and forgotten quicker still. But what if there were a game on mobile that could combine all the aspects of a board game? Would we still get bored of it?

“The trend now is to have people working alone on their cell or online with others,” says Mark Helou, co-founder of Qwidz, a new iOS board game. “We wanted to make a game that goes against the flow.”

The concept behind the game originated four to five years ago, when old friends of Helou and his co-founders Youssef Germanos and Ghada Abdelsater, wanted to make a board game. “The project was revived at the beginning of 2013, when I joined and we decided to build an app based on the original idea. The game concept was further developed and refined by all three of us, and I directed all the aspects of its development into a mobile app.”

The final product, Qwidz, took a year to develop and was officially released this February with an update this May. Now, the app is available globally on the App Store for free.

Qwidz is a guessing game that requires two teams of four to 12 players to play. Each team will have a building with many apartments and the goal is to be the first to light up the apartments by guessing words, expressions, acronyms, or names (Qwiddles). The game has 5,000 Qwiddles players can work through, and can be played anywhere as long as everyone is together at the same place. 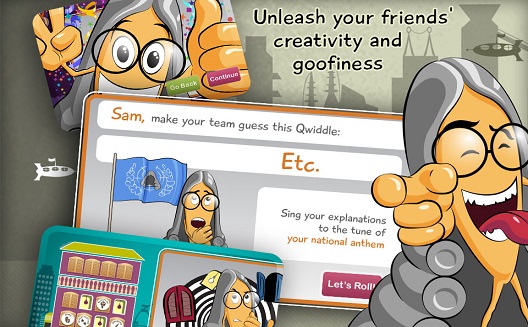 While there are many mobile board games  trending on iOS, very few require you to play with people who are physically with you, which makes Qwidz’s social aspect unique. The closest to a competitor could be Heads Up!, which is also a guessing game that necessitates direct human contact.

While the game is for free, the co-founders are making money through in-app purchases. The first 100 Qwiddles are free, after which players pay 99 cents for each new 100 Qwiddles or download the whole collection for $5 USD.

Without any external funding or marketing, the team managed to launch Qwidz, which has become very popular in the U.S. and Northern Europe, says Helou. “We want it to work by word of mouth. Outside [in the U.S. and Northern Europe] people like to play together. That’s why it was popular there.” When asked about the number of downloads, Helou preferred not to share figures. “We don’t want to disclose [the number], it’s a very confidential business, and it’s like telling you how much we are earning. Even if we have many downloads, we want to keep a low profile.”

Aside from keeping the game on a low profile, the co-founders insist on treating it as a hobby and haven’t considered quitting their day jobs. “We are players. We do it for the fun. I love my job a lot. When this game becomes work, it won’t be fun anymore.”

Their hobby however has presented a few challenges. Developing a relatively new type of mobile game hasn’t been an easy task for a team whose members come from different backgrounds: Helou works as a political communication consultant, while Germanos and Abdelsater work in audiovisual. “No one [from the team] developed games before,” says Helou. “We were inventing a whole new type of gaming. We had nothing to rely on.”

From someone who really believes that games should gather people and unite them over a fun challenging setting, I think the concept of the game is great. If Arab developers continue to explore the field, the demand will only increase, creating opportunities for developers and players alike.