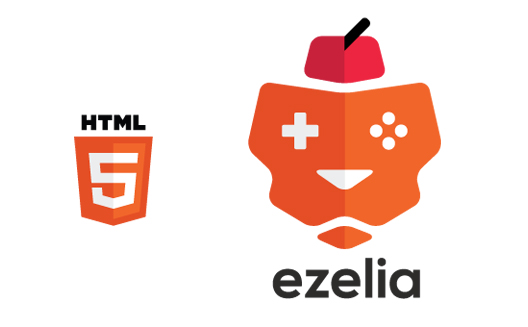 Alaa-eddine Kaddouri has a dream: to create the first MMORPG (massively multiplayer online role-playing game) in HTML5. It sure is an ambitious dream for a project manager with no experience in gaming and no capital to invest.

To kick-start his idea and gain experience, he partnered with Anas Filali, the Moroccan blogger behind BigBrother.ma and consultant helping corporations going digital. Together, they founded Lorem, a polyvalent digital company giving Filali the opportunity to use his know-how, while improving Kaddouri's expertise in gaming on HTML5, a very young and undeveloped niche. The company helps other companies go digital, create digital content, design, and... produce video games on various mediums, including the famous HTML5.

Thanks to the profits generated by those different entities, Kaddouri started developing isometric RPG games on HTML5 and ended up developing an engine, Ezelia, to automate some of the necessary tasks for game creation.

In April 2013, it became clear for Kaddouri and Filali that their competitive advantage as one of the rare HTML5 game developers will not last forever as other agencies will join them in that niche; so they decided to put the game development on hold and focus on software. They combined all the modules they already created to automate tasks into a game editor that allows professionals and amateurs to create their own HTML5 game using drag n’ drop. This is not the first time that a Moroccan entrepreneur thinks that way; ScreenDy implemented a smilar pivot in its own sector, of apps.

The company, the only Moroccan company to export video games, in the Gulf, benefited from a one million Dirham investment by the CMI to fund this transition.

The Ezelia platform is still in beta version. It was internally tested and helped creating a first promotional game, Boomy. Later, it will be available for young developers to test.

Once the beta version finalized, Lorem will offer Ezelia to studios, then to a wider public with one simple objective: “that a six-years old kid can create his own game”, explained Filali to Wamda.

The search engine and the hosting will be free up to a certain number of players and graphic assets. In other words, the game will be free for amateurs and paid for companies and agencies.

Clients who do not want to design their game from A to Z can delegate part of the creation process to Lorem, whether it is design, action or dialogue. They will also be able to access a marketplace and buy designs created by other clients.

For the time being, Lorem will focus on the MENA region and progressively expand to Europe.