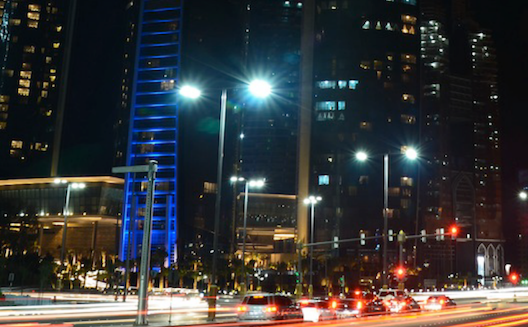 The 8th edition of the ‘MENA Private Equity & Venture Capital’ Annual Report shows that investments in the region are holding strong despite being rather lower than in previous years.

Highlights of this year’s report, compiled by the MENA Private Equity Association (MENA PEA), in association with KPMG and Zawya Thomson Reuters, show that investments has been “flat” throughout 2013; in fact, they’re at their lowest since 2008.

When it came to the number of investments made in 2013, the number went down from 101 in 2012 to just 66, with an average investment size being $15 million USD (a 35% drop). According to the report, the focus has been on three things: venture capital (VC), growth capital, and SMEs.

For funds raised, the drop is also considerably large. For 2013 the amount was $744 million USD, compared to $863 million USD of the previous year.

Considering “the unrest in the region” over the past three years, it is not surprising that investments are decreasing, the report says. But political turmoil might not be only reason, say the report’s authors. While they were unable to specify exactly why investments were down, Imad Ghandour, a member of the MENA PEA steering committee, speculated that one possible reason is that “several investment companies had reached the end of their investment period and were simply in the process of raising new funds.”

“We believe that the industry is undergoing consolidation, and hence, the number of players is going down,” he said. Indeed, 2013 is the lowest year since the research began when it comes to investments.

On a more positive note for the region, the report finds that the UAE continues to be the most favored destination for fund managers. The “size and dynamic nature of the economy” attracts 20% of the total investment in the region – alongside Egypt which also got 20% of the interest. Lebanon trailed behind with 18%, while Saudi Arabia received 12%.

When it comes to what people are most interested in investing in, the report found the three most prominent sectors to be IT, healthcare, and telecoms. “Healthcare has been a major destination for private equity investment for some years now,” says Ghandour, “so it’s no surprise that it has a leading position.” And as for IT, which accounts for 30% of total investment: “the increased interest in the venture capital space [in this area] has been a theme for the last three years.”

Despite the overall drop in investments the reports remains optimistic about the future of the sector. “The fact that the industry can still raise and successfully invest hundreds of millions every year,” says Ghandour, “is a testimony of resilience of the industry in an adverse environment.”

The future is bright though. The report suggests that the fundraising community in the MENA region remains optimistic that closing funds in 2014 will be worth $2.6 million USD. “The medium to long-term outlook for the PE and VC industries in the region is positive,” says Vikas Papriwal, partner and UAE country head for PE and Sovereign Wealth Funds at KPMG, in the report. “With the ongoing slowdown of the more mature markets in the West, the MENA region is likely to remain the region of opportunities and a hub for private equity as its strong macro-fundamentals continue to drive the region’s economic recovery.”