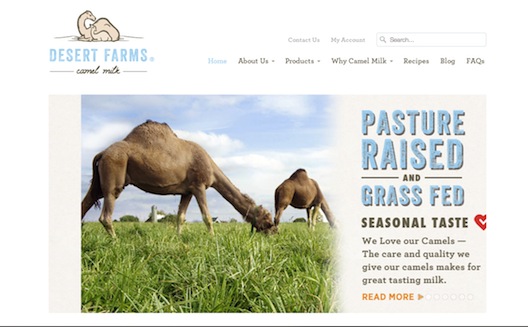 A Palestinian raised in Saudi, Walid Abdul-Wahab moved to Los Angeles in 2009 to study at USC, where he discovered how health-conscious a lot of people were. So in 2012, when some friends back home told him about the medical benefits of camel milk, he instantly saw business opportunity.

He realized that camel milk was not available in stores, neither in Saudi, nor the US. So he decided to do something about that. Believing that the Middle East countries were more likely to jump on the wagon if Western countries were already selling camel milk in supermarkets, and that L.A. health and fitness trendsetters would be easier to convince, he decided to launch a camel milk brand in the US.

Back in the US, he discovered that there are currently 3,000 camels in the country, some wild, and some privately owned. Some of this population are descended from animals which were imported from North Africa to use as pack animals during the Gold Rush of the 1840s, and then during America’s Civil War in the 1860s. You can check this recap for more amusing details.

Until recently, a handful of farmers had camels that they would lease for churches’ Christmas nativity scenes. But, five or six years ago, people started requesting camel milk, and some farmers from the Amish community, traditionalist Christians who reject modern technology, started catering to that demand. According to Abdul-Wahab, it all started with one Amish family from Missouri, a state in America’s Midwest region, started milking camels three years ago, soon followed by other Amish farmers.

When Abdul-Wahab started paying attention to this market, he discovered that a growing number of farms are milking camels, but none is doing so in a scalable way, only selling the milk individually or through cooperatives, rather than in supermarkets.

Abdul-Wahab wanted to create a brand and to sell it in supermarkets nation-wide. The first thing he did was to pull together Amish farmers, based in Missouri, but also in Pennsylvania, Indiana, and Ohio, and to unite them under a brand, Desert Farms (read more about each camel farm story on Desert Farms’ website).

Growing the client base

At the very beginning, before Abdul-Wahab even started paying attention to this market, clients were mostly ethnic communities in the States, like Saudis or Somalians, who heard about its benefits back home, and saw it as a cure-all, or wanted milk for festivities. But now an increasing number of clients are health-conscious consumers, including parents who have children with autism and people with diabetes. 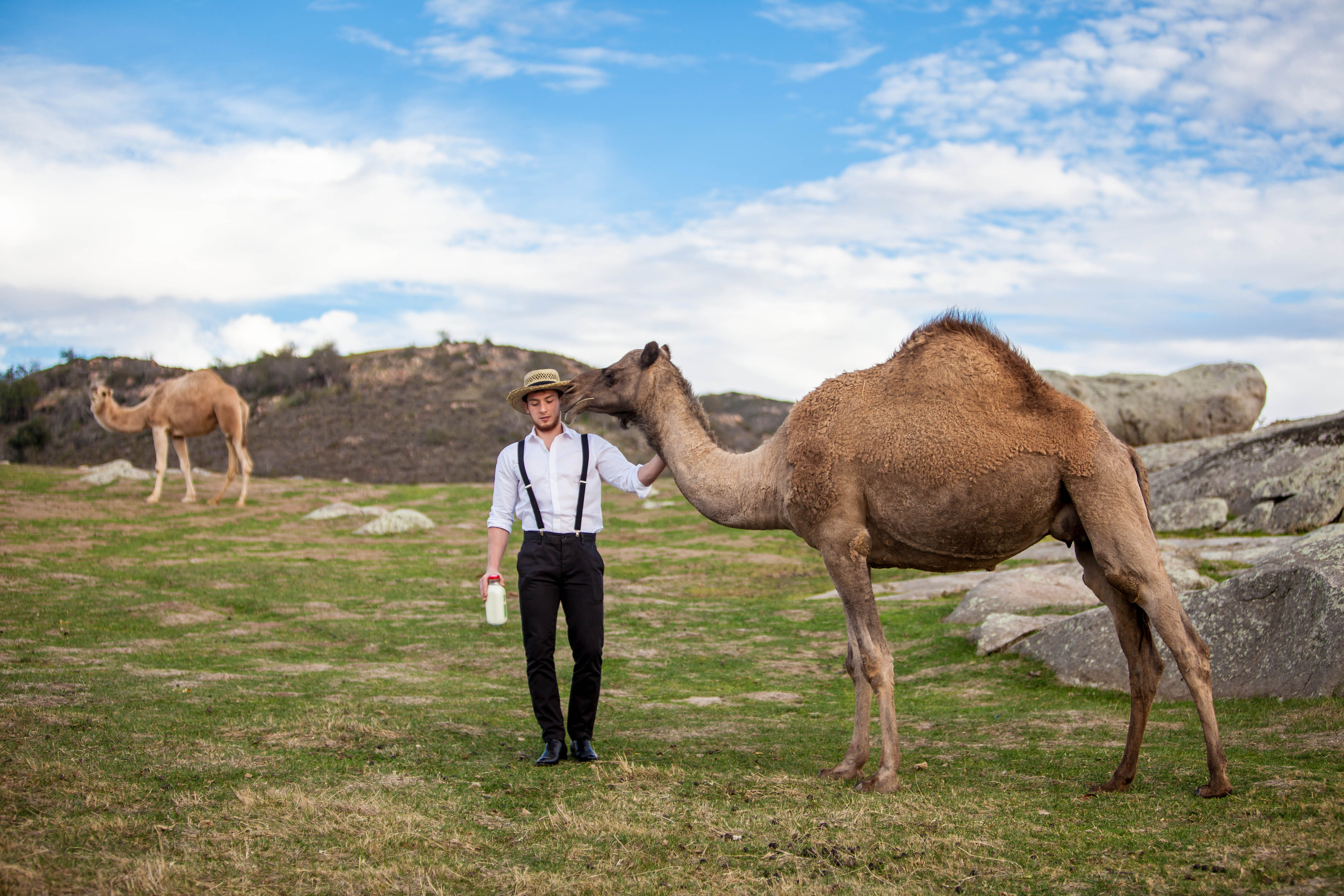 Camel milk is also great for people with diabetes since it contains an insulin-like protein, and is prescribed by the American Association for Diabetes.

This growing awareness and word of mouth has made marketing camel milk easier than expected, says Abdul-Wahab. When you are promoting a brand as having health benefits, people won’t necessarily believe that the product is actually healthy. News about health benefits of a product seems more legitimate when it comes from other consumers or medical associations.

Because of this, the young entrepreneur has focused his efforts mainly on social media outreach, in order to get in touch with groups who are already aware of camel milk’s benefits.

Currently Desert Farms mostly sells camel milk on its website, but the startup is eventually aiming to mainly sell their product line in supermarkets. They’re currently in more than 40 Whole Foods stores – a supermarket chain specializing in natural and organic foods – throughout California. Desert Farm might get some competition soon, reports Marketwatch, as King Bio, a company specialized in natural products, is also hopping on the bandwagon.

Despite the fact that camel milk doesn’t come cheap – Desert Farms camel milk costs $18 USD for a pint – Abdul-Wahab is reporting some great numbers. Eight months after its launch in January 2014, they’ve done $150,000 USD in sales, breaking even in their second month of operation.  This year’s sales are projected to exceed $250,000 USD.

The young entrepreneur is currently raising funds to accelerate what he calls his “camel milk revolution,” and reignite the industry of what he refers to as the Middle East's 'white gold'.