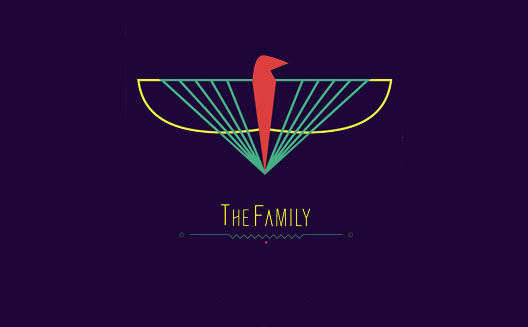 The launch of TheFamily a year ago shook up the French startup scene in a big way. The organization, falling somewhere between an accelerator, an entrepreneur network, and an investment fund, combines French clubbiness, American straight-forwardness, and ambition, wrapped up in a sharp and surprising visual identity, and is led by a smart and bold team. In a country where people can be afraid to go against the flow, that was enough to get everyone talking.

The force behind TheFamily is the ubiquitous Alice Zagury, who started Le Camping, the oldest and most famous accelerator in the country, the charismatic Oussama Ammar, a French-Lebanese investor who you'll be able to meet at our upcoming Mix N' Mentor event in Beirut, and the former government suit Nicolas Colin, ex-Inspector of Finances.

Ever since, TheFamily has both fascinated and unsettled onlookers. Some praise the many events it hosts, others appreciate the changes it has brought in terms of communication and image; others question the quality and seriousness of the organization which seems to be everywhere at the same time.

We met with Oussama Ammar to understand what TheFamily really does, and whether it makes sense and could be replicated.

What does TheFamily really do?

On its website, TheFamily says it “nurtures entrepreneurs through education, unfair advantages, capital.” Oddly, this says it all.

At its beginning, the organization claimed to be an accelerator offering startups three mentorship appointments per week in a Parisian apartment, Zagury told Wamda: a one-on-one with a member of TheFamily team, a dinner with an established entrepreneur and the rest of the startups, and a workshop day. Entrepreneurs could join and leave the program anytime, and TheFamily took a small 1% equity.

Now, things have changed, and this “acceleration” program has shifted into a Fellowship program. Not all the 180 startups that have joined the program get one-on-one sessions anymore, but they still can take part in workshops (mostly via online streaming), and they gain access to workshops, a community of curated entrepreneurs, and partnerships with many service providers, and some capital. In exchange, TheFamily gets 3% of the company.

TheFamily has also announced a new investment program called Full Stack, which will focus on full stack startups, meaning companies that build and control the entire stack of the product or service, like Uber or Netflix. TheFamily will invest some money, but will mostly focus on putting together a team of experienced entrepreneurs and managers, and raise money from multi-generation legacy companies. 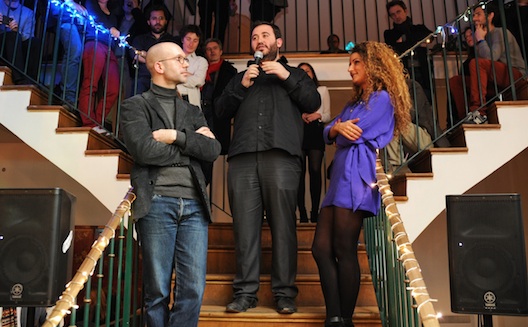 From left to right, Colin, Ammar, and Zagury

The organization is also known for its weekly meetups, free and open to all, such as the Get The Swag On! evenings to discuss growth hacking, or pitch training sessions Pitch Don’t Kill My Vibe, as well as its theme events, like Les Barbares Attaquent, which help executives understand the digital disruption happening in their industry.

Finally, TheFamily offers entrepreneurship courses called Koudétat, in which wannabe entrepreneurs get a three month course every Saturday, in Paris or online.

“Contrary to what people think, we’re a very focused organization. People think being focused, is doing one thing only, but our focus is investing in people and projects,” says Ammar.

Ammar is not afraid to act on these ideas either; for him, the best way to find a business model is to be opportunistic, which means testing a lot, and jumping on opportunities when they come along. “For now, TheFamily has no strategy nor business model; we jump on opportunities, and gradually build on them to grow as much as possible.”

TheFamily doesn’t shy away from testing projects that are still works in progress, even if it means they’ll have to publicly cancel them if they realize it won’t work out. This happened with TheCastle, a project to buy a literal castle in the country, for entrepreneurs to visit when they needed to work away from the distractions of Paris. Making the project public enabled the team to evaluate the demand, and the pricing, then, realizing there was no real estate matching their needs, the team put on hold the project.

Other times, this opportunistic strategy pays off. Last January, TheFamily had to deal with being kicked out of its apartment due to noise complaints. On top of that, they were broke. “We made no money for nine months; we raised €300,000, and burned €300,000. We had €7,500 left in the bank,” reveals Ammar. Instead of going without a space, the team thought: “enough of this small apartment, let’s move to the big leagues,” remembers the co-founder. They found a fantastic space in hip Marais neighborhood. “To pay the rent, we had to find a steady source of income,” he explains. “We created Koudétat in two days, made €250,000, and signed the lease.” 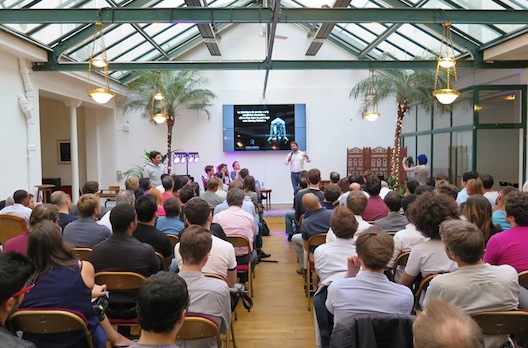 Spread the love (and money)

Let’s go back to the Fellowship program. What is it exactly? It’s not an accelerator, since TheFamily doesn’t do batches or mentorship, and it’s not a VC either, since TheFamily doesn't have to give back its investors' money in a predefine time constrain, says Ammar. Rather, it’s an evergreen fund. Since TheFamily doesn’t have to ensure a return on investment, in the form of an exit after five years, the fund can stay on board forever. “We aim at keeping equity in companies forever,” he explains before adding “I’m 27, which means that, even if I stay in a company for 25 years, at the end of those 25 years, I’ll still be younger than three-quarters of the VCs around.”

To make that 3% worth something, TheFamily helps its startups raise more money from traditional VCs and business angels. The organization has created what Ammar describes as a syndicate of investors, in which investors and angels who invested in TheFamily get early access to TheFamily deal flow (something not everyone was happy about, although Ammar said people misunderstood, and any investor can invest in TheFamily’s startups). As of last May, TheFamily had raised a total $1 million USD.

Creating a different sort of value

“Investing just money is something of the past,” says the investor. Today, people need to offer a network, a brand, credibility, trust, expertise, etc.

Because TheFamily only takes 3%, it can’t offer personalized mentorship to each and every startup. “Our value doesn’t come from holding startups’ hands. Our value comes from network and unfair advantages.”

One of its first successes was undoubtedly AIR, a model of investment agreement unveiled less than a month after YCombinator introduced its SAFE investment vehicle that inspired AIR. This French equivalent of convertible notes was designed to help startups get money quickly without having to deal with administrative hassle and lengthy company evaluation.

Thanks to this model, Ammar says, a startup can raise money in 15 days instead of three months, without having to see a lawyer. “Saving three months and lawyer fees can change the fate of a startup,” he says. A basic version of these documents are available in open-source.

This year, TheFamily will tackle the security deposit issues entrepreneurs face when moving to new offices. According to Ammar, startups often have to give up to €60,000 as a caution to landlords. TheFamily plans on buying its own building to offer its startups deposit-free (and cool) offices. The team is also working on an internal directory that will list the contacts of the startups and investors of TheFamily.

“All this has much more value than bringing in mentors,” Ammar believes.