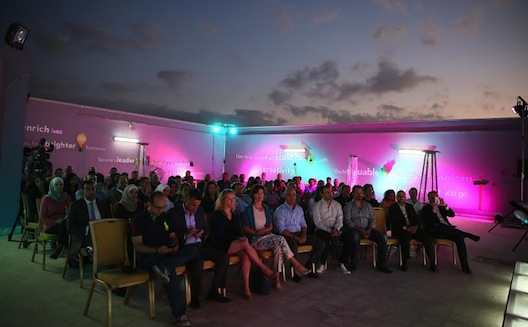 The Your Middle East Startup Roadshow that is currently touring the MENA region arrived in Amman on Monday. The event offered attendees from Jordan’s startup community an array of insights and lessons from atop Zain’s new rooftop terrace.

Attended by the Swedish ambassador to Jordan (YME was founded by a pair of Swedes), the lively event was split into two segments: a series of discussions with prominent guests from the startup and media industries, and a pitch coaching session in which two entrepreneurs pitched their startups in front of an audience and received advice and critique from the interviewees who doubled as coaches.

In the first segment, event host and YME COO Aurore Belfrage used an interview format to delve into the successes, failures, and lessons learned by the four guests, which included Marwan Juma; founder and Chairman of Kinz and dot.jo, Nic Gorey, founder and CEO of the UK-based Rocketer; Jac Asmar, Managing Director of Mindshare Jordan; and Magnus Olsson, cofounder and CEO of Careem.

Each member of the diverse group of guests offered a number of insights (far too many to outline here) that resonated with me. Here are some highlights:

Speaking to the largely Jordanian audience, Marwan Juma reiterated that Jordanian entrepreneurs, in order to be successful, must build startups with the capability to scale outside of Jordan, which has a small population and insufficient purchasing power.

Serial entrepreneur Nic Gorey of Rocketer, a British startup that offers ad targeting and personality profiling on Facebook, offered his two cents on how to close deals with potential investors. He suggested that, when possible, entrepreneurs should build long-term relationships with investors before seeking investment, allowing for the development of trust between the two parties, and for investors to truly understand the business so that they are comfortable in putting their money behind it.

Jac Asmar, hailing not from the startup industry but the media sector, added depth to the event and offered advice as to how startups can market themselves and expand their brand awareness. Given that most startups can’t afford many advertising mediums used by corporates, Asmar noted that “there is a lot of free stuff,” suggesting that entrepreneurs rely of word of mouth and their social media networks to market their businesses.

The last speaker, Magnus Olsson, provided what was perhaps the most stirring portion of the evening. While talking about how he came to enter the world of entrepreneurship, the former management consultant explained that he was diagnosed with a brain tumor, which after a series of surgeries, was removed. Olsson emerged from the life-threatening ordeal with a passion to build something and a new outlook on life. He now has three life commandments that he offers to would-be entrepreneurs and entrepreneurs alike. 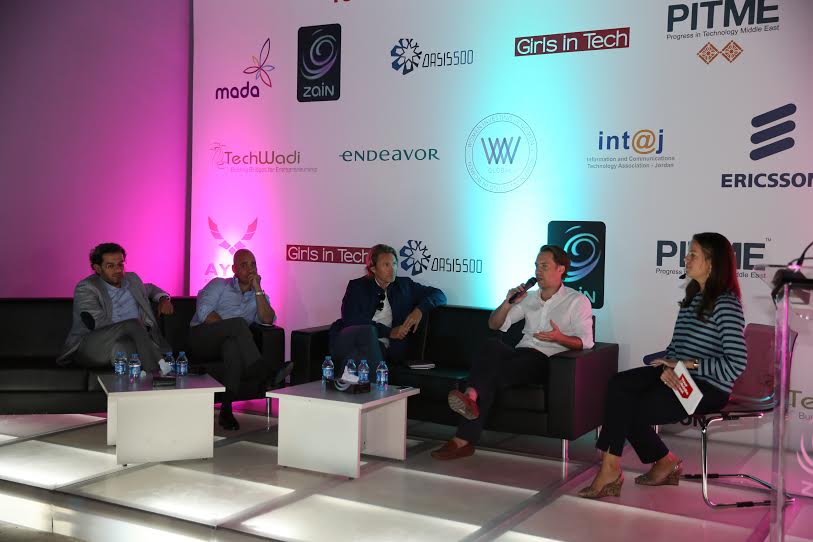 Magnus Olsson, of Careem, shares his tips with the #YMEStartup Amman audience.

First? “Live today [as though it’s your last day.] The second is, you’re going to be fine... there is this fear of jumping in… And third, dump the fear... Fear is poisonous. It’s like a disease. It makes you just freeze in what you do.”

“I have learned so much from meeting people from different sectors, different markets and countries, and sometimes it’s the same story that’s told... but just giving it a different face sometimes makes it easier to distill the knowledge from it, it makes it more entertaining, and, therefore, maybe you learn from it in a different way,” Aurore Belfrage explained to me.

The pitch coaching session, which was chaired by Reem Bou Abdallah, Managing Director of Eureeca Lebanon, featured two entrepreneurs at very different points in their startup careers. Both were stopped at various points in their pitches so that the coaches could offer critique and comments.

The first to pitch was Alaa Abu Hassan, who is in the concept development phase of her first entrepreneurial endeavor, a platform that aggregates travel packages from Jordanian travel agencies. She began her first ever pitch by asking Marwan Juma to find the best rate to Istanbul among a huge stack of travel package advertisements cut out from newspapers (not surprisingly this proved to be a difficult task), a move that was applauded by the coaches because it was engaging and captured their attention. By the conclusion of her pitch, coaches advised Abu Hassan to keep her pitch from being too technical, as pitches are intended to pique interest rather than explain all facets of the business, and that she needs to position her concept so that it’s scalable beyond Jordan.

In the second pitch of the night, the audience was treated to a more developed pitch and product. Sima Najjar, a 2013 Cartier Women’s Initiative Awards laureate, pitched her online how-to video site, ekeif.com, and really demonstrated what a pitch should look like. Critique was minimal, except for Olsson’s suggestion that she offer milestones for each round of fundraising and only utilize the most relevant of numbers and statistics to prevent them from diluting their effectiveness.

Sima, who is now on her third startup enterprise and has never worked in a typical 9-to-5 job environment, is no stranger to the challenges of being an entrepreneur.

“Everything is a challenge…. Sometimes even electricity is a challenge. From basic things like that to financials and managing them well. It’s a little bit of everything, that’s why you have to understand everything because you’re building a system from scratch,” she told me after her pitch.

She also emphasized the need for flexibility. “You’ve got to know that things are always going to change, you have to adapt to change. This is one thing that startups must do, because if you fall in love with an idea but it’s not working out, you’re in trouble.”