An elderly woman using a gas stove to heat her home right after Hurricane Katrina sounds like a recipe for disaster. But in the aftermath of the 2005 disaster, Mark Belinsky’s grandmother was – along with thousands of others – in this very predicament. Wouldn’t it be great, he thought at the time, if there were a smoke alarm that also doubles as a carbon monoxide detector that could send alerts to your smartphone, or landline?

So the idea for the Smart Air Monitor was born. The smoke detector, which also functions as a carbon monoxide sensor and air-quality monitor, is the first product for Belinsky and his co-founder Justin Alvey. While based in San Francisco, the team now has its gaze firmly set on the UAE market. And they’re off to a strong start: having won Dubai’s Smart Living City ‘Best Startup Prize’ this year, the company Birdi now has an extra $30,000 USD to add to their seed funding. 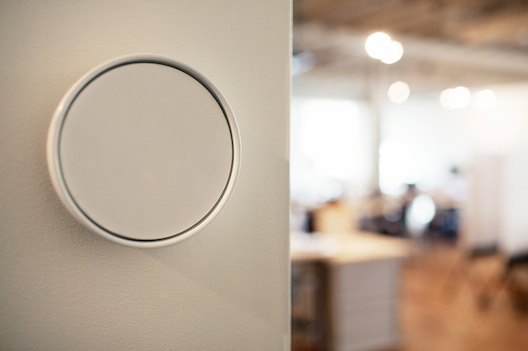 The Birdi at work. Silent until necessary.

For Belinsky, Birdi’s mandate is global. Looking further afield provides the chance for more opportunities, and especially in economies that present the kind of air they want to work with: polluted.

Packaged within a sleek white and circular mold, not dissimilar from the smoke alarms we are used to seeing, the device communicates with a user’s mobile device – either Android or iOS – to keep them up to date with various air related activities in the home. So, rather than an ear piercing alarm going off when you’ve let something overheat on the stove, a message is sent to the phone where a push notification lets you make the next move – alert fire department or simply ignore said smoke. The same goes for carbon monoxide levels and other particular air pollutants the user wishes to monitor. 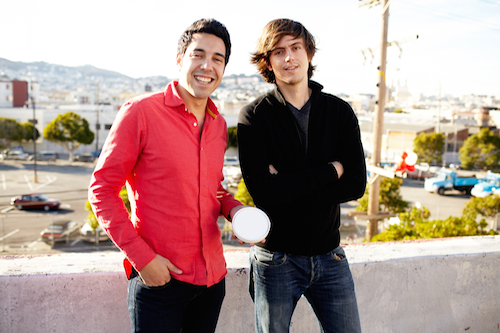 Mark Belinsky and Justin Alvey with their birdy baby.

“It’s really about exploring where cities are growing and where it is important to look at air quality,” says Belinsky. Somewhere like Dubai presents a perfect example for Birdi’s expansion. “You can’t open your windows to air out your house,” says Belinsky. “You see respiratory issues developing, asthma and allergy rates going up, and we want to be there to help.”

The first step to tackling the UAE has been to move into Arabic, going beyond the language to understand the local circumstances, and catering to that scenario. “As we’re developing the product we understand the key signatures for identifying particulate matter,” says Belinsky, “and then differentiating between the particles to really communicate directly.” For instance, while in one city people might be looking to monitor pet hair and dander, a place like Dubai could be focusing on sand and dust.

The team was able to turn towards Dubai on the strength of their prototype’s success in New York. After building a first version at the NYC BigApps cleantech hackathon in 2013. People loved it. Initially called Canary, this success in New York led them to the funding. Earlier this year they secured their first round of seed funding, with attention from Silicon big boys such as Jason Calacanis with his AngelList syndicate (which includes Wamda's former Editor In Chief Nina Curley), Kapor Capital, Eric Ries, John Galbraith. Investors backing the product have stated an interest in safety and health.

The field of health and safety also opens the team at Birdi up to the bonus of marketing themselves to not only B2C and B2B, but also B2G. As Entrepreneurs in Residence for the San Francisco government, Belinsky and Alvey worked within the department of public health looking at the impact of air quality on citizens. “We wouldn’t be in existence if it wasn’t for the government,” says Belinsky, citing that the information their product relies on, such as GPS and air quality data, is often government enabled. “There are a lot of home security systems that are looking for solutions,” says Belinsky. “A lot don’t have the best smoke alarms, and many have a 70% failure rate.”

He also goes onto validate something many of us have experienced when dealing with smoke alarms: they can be brutally annoying enough to want to tear them from the ceiling. “Using intelligence through algorithms we get to beat the competition at the most basic level, which is fire protection.” So in tune with such human behavior as ripping away safety devices, the WiFi enabled device will send you a message, rather than beeping interminably, when the batteries are running low, and Birdi will have new ones delivered to your door.

After Dubai there were rumors that Singapore was next on the list as a new market in which to show off the sleek alarm. Belinsky says it’s certainly on the list but it’s early days yet - maybe the Birdi can alert them as to whether there is luck in the air.