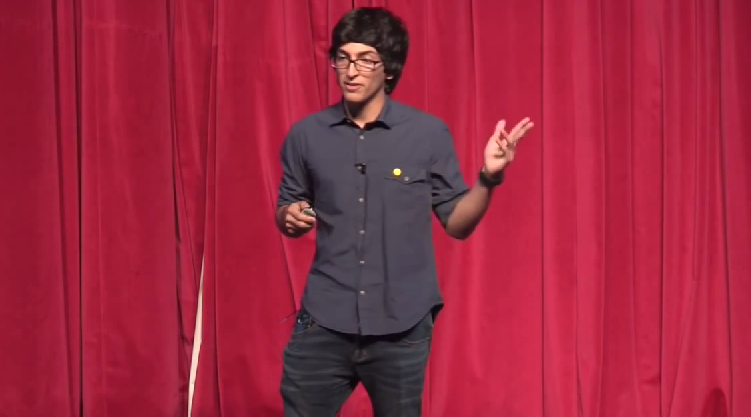 The last time I spoke to Mohammed AlKadi, founder of Feelit, a social app for emotion sharing, it was January of this year. Back then, the young Saudi told me that he was not looking to raise any investment. “[I’ve] been in talks with a couple of investors but we don’t actually need [them] now,” he says. “We want to refine the product and get more users, and once the product is mature, we’ll look for investment. Our value will be bigger then.”

Fast forward to present day: AlKadi and his partners are still sticking to their mission statement. They are working hard to attract more visits and increase engagement before jumping into a funding round. After they launched an update for the app and improved the user interface to make it more centralized on sharing emotions and sending hugs, the number of their users increased from 15,000 in January to 80,000 at present, according to AlKadi. That’s not much of an increase, the young man admits, but it can be chalked up to the fact that they have been focusing on the user experience more than anything else.

Focusing only on one side of the business may not be ideal but the cofounder believes it has helped them increase engagement. “We launched the second version which is all about expressing your feeling and communicating,” he said on a call. “After that, we saw that the activity went really up and people started to express their feelings. Some even shared 16 feelings a day and we’ve now reached around 9 million hugs,” added AlKadi enthusiastically. The emails and support they received from the community have made them even more convinced of Feelit’s value. “We have a supporting community so everyone expects everyone to share their feelings,” he adds. “Our total time spent in one day is around 75,000 minutes for all users, or one month and 10 days,” according to Flurry Analytics.

Now that their value and impact are bigger, raising investment would be a logical step to scaling and monetizing the product.

A trip to Silicon Valley

After winning first place at ArabNet’s Startup Demo and Ideathon Competition in Riyadh in December 2013, the team was invited to attend and man a booth at ArabNet Dubai. During the event, AlKadi met Ben Levy, the cofounder of Bootstraplabs, an investment company in Silicon Valley. Over the course of an hour-long chat, Levy showed an interest in Feelit and started giving the young man feedback. “He told us they look for international talent outside of Silicon Valley; talent is universal but opportunity is not.”

In June, AlKadi headed to Silicon Valley to meet Levy’s partner, Nicolai Wadstrom, and give them a clearer idea on how the app is doing, provide them with figures, and explain how things work at Feelit. “They believed in the team. [For them], the product can pivot, but team is the most important.”

After he came back to Saudi, both parties kept the conversation going until last week they agreed on a $100,000 USD investment. Feelit also received $15,000 USD from Will Bunker, an angel investor in the Silicon Valley, and $185,000 USD from Saudi investors who preferred to remain anonymous, bringing the round to a total of $300,000 USD.

The team, which includes AlBara Hakami, Omar AlEisa, and Omar Alessa, will use the investment to expand globally. The startup is getting ready to move everything to Silicon Valley by the end of the year. Their main focus will shift to the US, says AlKadi, instead of Saudi Arabia. "Emotions and feelings are a global language. We want to make the experience easier and find the product market fit,” he told me with excitement. “We will no longer focus on Saudi.”

This may be a drastic move for the small team, but it could lead to global – rather than local – success. We will have to wait and see how the US users interact with the app, and how the team plans to monetize.

Watch Mohammed Alkadi’s tell his inspiring story during TEDx at King Fahd University of Petroleum and Minerals in the video below.