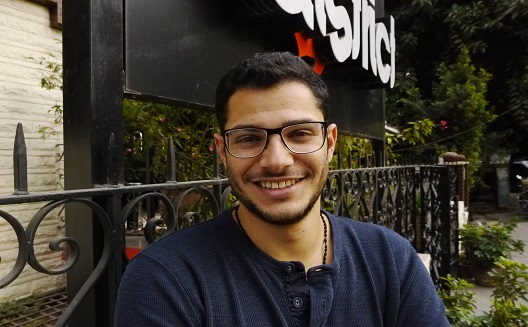 Uber, the app that connects smartphone-weilding passengers with freelance drivers, has arrived in Egypt.

The local operations will be in beta testing for the foreseeable future - the company touched down in Egypt for the first time only five months ago - and it's certainly not short of rivals, but Uber international launcher Anthony El-Khoury is excited by the possibilities presented by the Middle East's largest market.

Speaking exclusively to Wamda, El-Khoury said Uber would partner with "over three" local limousine companies to roll out UberX, a product that taps private car company drivers during quiet periods (not to be confused with UberX in the US which is the peer-to-peer system and known as UberPop everywhere else).

In the deserted downstairs cafe of Cairo's The District (the company's temporary home), El-Khoury explained the city's attraction: its booming tech and entrepreneur scene, and rising smartphone penetration.

"There's so much potential in this city," he said. "When we saw this amazing entrepreneurial wave hit Cairo we were like, this is the wave that we really want to ride, this is the place we need to be."

Even potential competitors are keen to see Uber join the fray. Karim Elmansi, founder of ride sharing app PieRide, says if Uber introduces its peer-to-peer system his own drivers could make a bit of money on the side when not working for him. As PieRide provides a steady, regular income he's not concerned about Uber tempting his drivers away.

Uber's closest rival in Cairo, 11-month-old Easy Taxi, is already doing "tens of thousands" of rides a month, says CEO Hussein Abdelkarim, in a market he estimates to be worth billions in Egyptian currency.
Abdelkarim is unconcerned about Uber operating in the same areas and for the same market as Easy Taxi.
"We're sure that we're going to keep the majority of the market for us," he told Wamda. "We've been into another challenging situation with a venture-backed player and weshut them down."
The soft launch will target the technology sector and Cairo entrepreneurs within the Zamalek-Maadi-Mohandiseen triangle. There's no timeline for a full launch and expansion, although Alexandria and touristic hubs such as Sharm el-Sheikh are on the radar.
"Cairo has a lot of challenges, like any other city," El-Khoury said. "We're launching... as a beta phase to really try and iron out all these little things: ETA (estimated time of arrival) issues, driver quality, mapping systems. It's not easy to enter a new market, it takes time for us to perfect the system for a particular city." 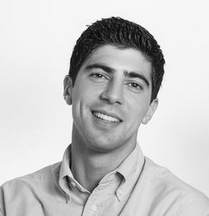 Uber has hired Nour Ahmadein (pictured right) away from incubator Flat6Labs to be its Egypt marketing and community manager, but is still looking for a general manager and an operations manager. They've not lacked for applications, El-Khoury says, but they haven't hit on a GM contender with the requisite 10 years of experience and a strong vision for Uber Egypt, nor a "real hustler" to oversee operations.
Scandal at the top
However, as the company throws itself into Egypt scandals in the US threaten to mar the launch.
This week, senior vice president for business Emil Michael was exposed in a Buzzfeed report bragging about creating a $1 million "opposition research" team to anonymously uncover embarrassing personal details about reporters who'd been critical of the company.
Details are also emerging of executives accessing user data.
El-Khoury repeated the now-well-worn company line that the "executive in question has apologized publicly" and his comments don't reflect Uber's views. He assured Uber's new Egypt users the company had strict policies on personal data protection.
"No employee at Uber can get access to riders' personal data unless there's a legitimate business reason, and we're very strict about that... Data security specialists monitor and audit that access on an ongoing basis. Violations of this policy do result in disciplinary action, including the possibility of termination and legal action."
Building faith in that privacy policy is crucial to Uber's advertising pitch in Egypt, as it bills itself as a safe transport alternative that people can trust.
Regulatory backlash
A bright point is that, so far, Uber hasn't been affected by Egypt's sometimes arbitrary regulatory bodies.
Uber is facing a regulatory backlash in countries as far flung as Australia, the US, and Germany as regular taxi drivers complain about freelancers taking their turf.
The Ministry of Transport spokesman refused several opportunities to comment, but El-Khoury said their discussions with the Ministries of Transport and Tourism confirmed the company did not, in this iteration, need any kind of licence to operate. The company is still internally investigating whether introducing peer-to-peer system UberPop will be feasible in Egypt. 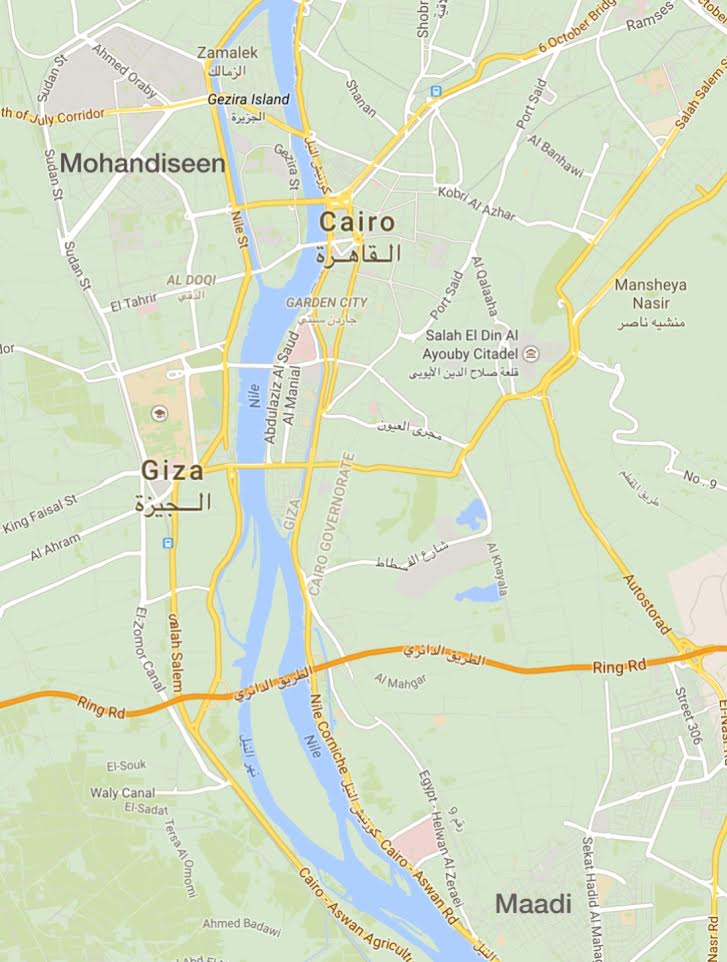 Uber Egypt will be operational in a large swathe of urban Cairo.
How to pay
One of Uber's biggest challenges in Egypt will be its commitment to credit card payments.
For now it's targeting the 8% of the Egyptian population who have credit cards. El-Khoury and, separately, Uber public relations officer Shaden Abdelatif were optimistic about Egypt's ability to grow its pool of card-holders, but only through promotions with MasterCard and Visa which largely ignore the underlying issue of the large proportion of unbanked Egyptians.
But the company has adopted Apple Pay in the US, and due to regulations around automatic credit card payments in India has adopted a local Wallet system on the subcontinent. El-Khoury says Uber is open to using other options, but again, it's too soon to tell whether they'd need to in Egypt.
"It [credit cards] does not give us the possibility to get everyone on the system, but we are confident that to start it will get the ball rolling."
Hussein Abdelkarim, CEO of Uber's biggest rival in Egypt, Easy Taxi, said they accepted payment through all channels.
"It could be challenging," he said, to only accept credit cards and no cash. "But that is a very challenging thing to do because the credit card infrastructure in Egypt is basically non-existent."
Opportunities for local entrepreneurs
If they make any move away from credit cards El-Khoury says they'll look at the payment options on offer in Egypt.
This, as with Uber's practice of forming tie-ups with traffic and navigational apps and monitoring software, could open the field for local entrepreneurs to piggy-back off Uber's Egypt operations.
One example is Google Maps. Notoriously unreliable within Cairo's often-changing streets, Uber intends to partner with local apps to navigate both traffic and roadways. Crowd sourcing traffic app Beyollak is one option, as is Mobinil's Taree2y.