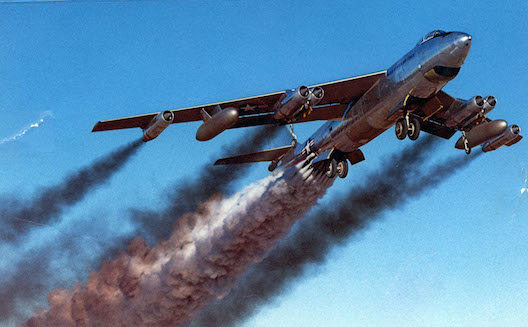 The past 15 years have seen a great deal of energy and capital infused into cultivating startups around the world. Policymakers – including those in the MENA region – have committed to developing environments that nurture new businesses, often with a focus on those that employ information technology to deliver value to their customers.

The logic is simple: successful technology companies deliver super-charged economic growth. And they require few resources to establish and validate before they do.

While the reasoning is sound, its implications are often not fully realized by policymakers and others. Yes, cultivating a large number of small companies is a required element for delivering super-charged growth. That’s why so many incubators work so hard to help establish and validate new businesses and business models.

But providing the resources and infrastructure necessary for allowing those enterprises to grow is equally important. In other words, it is not enough to start up – a new enterprise must scale up to really deliver on its promise.

What is a scale up?

Endeavor – a global leader in catalyzing new venture growth – defines scale-ups as companies that are more than “three years old with a minimum of 20% average annual employment growth.” They key is that employment growth – large sustainable amounts of it – is what is important.

However, it is worth noting that employment growth implies a set of other growth metrics; that’s the reason it is one of the best indicators of success for policymakers and investors. Profitability or a rapidly growing customer base, geographic expansion, and entry into new markets may all contribute to the need for new employees. And indeed, employment growth generally means an expanding user base (or service usage for B2B businesses), growing revenues, and a growing taxable income base.

But not every startup scales up. Most, in fact, don’t. As noted by Babson College professor Daniel Isenberg, fewer than 1% of startups in one Danish survey achieved scale after five years of operations. The remainder plateaued at just two or three employees each. A World Economic Forum study further revealed that “600 companies… (1/10,000th of the total number of US companies) have created over 160,000 jobs in just the last two years (nearly 1/20th of the total US economy).”

Isenberg goes on to suggest several ways in which policymakers may facilitate the growth process among companies with high-growth potential. According to him, enabling rapid failure amongst underperforming companies and training a highly qualified labor force are the best ways in which policymakers can drive scale. A rapid failure rate minimizes the resources policymakers and investors dedicate to a minimally viable company, while training for the right skills minimizes the amount of time an enterprise needs to assimilate new workers.

The challenge of scaling

For enterprise founders and managers scaling a business carries its own host of challenges. Invariably, growing a team means building new bureaucracy that can diminish productivity if it isn’t managed carefully. Leaders need to make decisions about group management and individual roles. And as an organization grows the apparatus through which people communicate or not – the bureaucracy – ultimately impacts their individual sense of empowerment and productivity.

Beyond that, team size impacts outcomes. As teams grow, so does the effort associated with making them work. Stanford University professor Bob Sutton writes that a high cognitive load – the mental effort expended by one’s working memory – can inhibit the ability of different members of a team to deliver on their targets. The challenge of managing relationships, schedules, meetings, and various other team-oriented exercises directly impacts one’s ability to focus on his or her job.

Managers can mitigate the cognitive load problem by focusing on keeping working groups at a manageable size. Twitter, for example, uses small and stable teams of people to scale. Sutton claims that the optimal team size is about five people.

The challenges for managers who seek to scale are more numerous than can be recounted in this article. Interested readers can learn more here.

The scale up declaration

The awareness of the importance of scale ups led Isenberg and several other entrepreneurs and researchers to issue The Global Scale Up Declaration. The document is designed to draw attention to the real drivers of economic development and opportunity – successfully scaling companies. The message, that startups are important but only as the first stage to growth, is one that many should internalize.