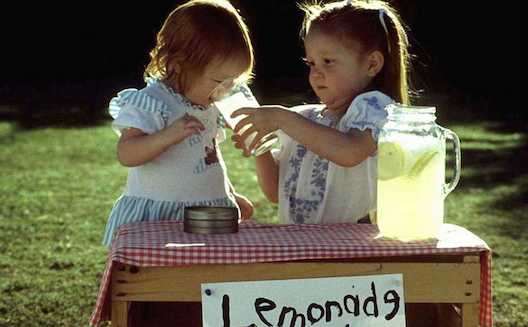 "It's worth $10 a glass, trust me." Starting young does have advantages but it's not foolproof.

Age. It’s something you don’t ask ladies of a certain age, and it’s something that many of us attach to various social constructs (‘You’re 35 and not married? Eeek.’). It’s no less of a hot subject when it comes to entrepreneurship. When I first started working with entrepreneurs, I assumed all startup founders and employees where guys in hoodies and thick rimmed glasses, laptop in one hand and a smoothie in the other. I was so wrong.

The BBC World Service morning show Business Daily’s Global Entrepreneurship Week coverage included various interviews and features, including a conversation with Linda Rottenberg, the cofounder of Endeavor, the global non-profit organization that supports and accelerates entrepreneurship. In response to a question about who entrepreneurs really are, she said that entrepreneurs are generally misrepresented in the media and pop culture. They’re not all Mark Zuckerbergs and Elon Musks with their big tech ideas; rather the biggest group of entrepreneurs today were ‘baby boomers’, that is, people over the age of 55. She added that by focusing on the younger generation we run the risk of discouraging as many entrepreneurs as we encourage.

From Sony founder Masaru Ibuka, who was 38 when he started his giant, to Gordon Moore, who was 39 when he founded computer manufacturer Intel, there are several impressive individuals out there who were well past their college years when they found entrepreneurial success. 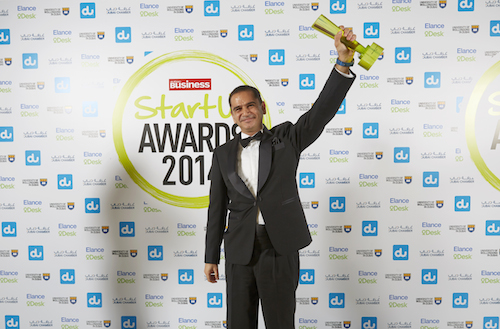 Elias Ghanem of Telr is glad he made the move in his 40s.

The MENA region is no different. Since I joined Wamda over the summer, the range of my interview subjects has been between 30 and 50. The overriding feedback from the entrepreneurs I’ve spoken to about how age affects their work has been that their over-40 status has only worked to their advantage. Roy Zakka, founder of Ubanquity, told me that when it comes to looking for investment it helps to “have been there and done that before.” He added that for the industry he is dealing with, banking, there was a sense of trust when it came to working with a person with “experience.” Telr founder Elias Ghanem had similar feedback. He knew that he wanted to make a “bold move” with his life before he hit 50, so when he found himself working for PayPal at the age of 42, he realized would have to act soon because the longer he left it the harder it would be: “I asked myself, can I leverage the knowledge of the grey hair?” By the time he was 38, Ghanem was a GM at PayPal and was working regularly with young entrepreneurs, some of whom were “all over the place.” Interestingly, their disorganization gave him confidence. He was spurred on knowing that he could make the shift.

Antoine Saab, the founder of Energy24, was suspicious when I asked him to participate in this story: “Why do you think I’d be good for this article? Is it because I have no hair?”

Once we got talking, he told me that he believes that with age comes the experience (read: mistakes) needed in order to be successful. “If you’re [an investor] looking for someone with a high probability of succeeding the first question I would ask is ‘how much have you lost before?’” he says. Saab has also found that years have taught him to be far more discerning when it comes to those he works with. “Of two CEOs, whether one’s 40 or 25 – unless you’re Mark Zuckerberg – it makes a big difference.”

A study earlier this year looked into how chronological age influences entrepreneurs. Much like journalist and author Malcolm Gladwell’s 2008 book Outliers, the Babson College researchers examined the relationship between entrepreneurship and age as well as three additional factors: education, experience, and creativity. In particular they looked at which of these characteristics has the biggest impact on innovative entrepreneurs. 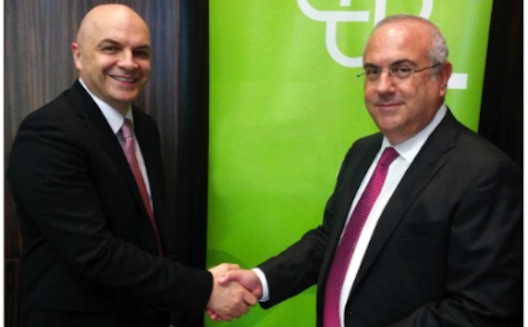 This particular study looked at the micro/personal computer industry, but I think we can easily draw similarities for other industries. The researchers’ main aim was to test Gladwell’s assertion that ‘paradigm changers’ were all born between 1953 and 1955, and were 25 years or younger when they started their ventures.

Of course it isn’t all organized offices and bottomless stationary supplies. What the ‘older’ entrepreneur might have in experience they will often lack in energy and time. “The energy you have at 45 isn’t what you had at 25,” says Ghanem. A higher cost of living and not such a high tolerance for insecurity are also things that need to be factored in for the seasoned entrepreneur. “I could eat pasta 24/7,” he says, “But I can’t make my family do that.” Saab used to pull 18-hour days; now he’s down to 12.

As Rottenberg continued with her informative look at the ages of entrepreneurs she was keen to point out that if anything this age group were risk minimizers, something investors clearly like. So, in conclusion, I think it’s safe to say that while the youth might have an upper hand in some regards to being entrepreneurial successes, those with the grey hairs, or no hair, are in no way to be viewed soft competition.

Possibly my favorite example of someone deemed to be in the ‘middle of their life’ going into a new business is Carol Gardner, CEO of Zelda Wisdom, a quirky greeting card company. She was in her early 50s when she started out from her home around ten years ago. She’s now comfortably sitting on sales of over $50 million USD a year. Now that’s my kind of lady.