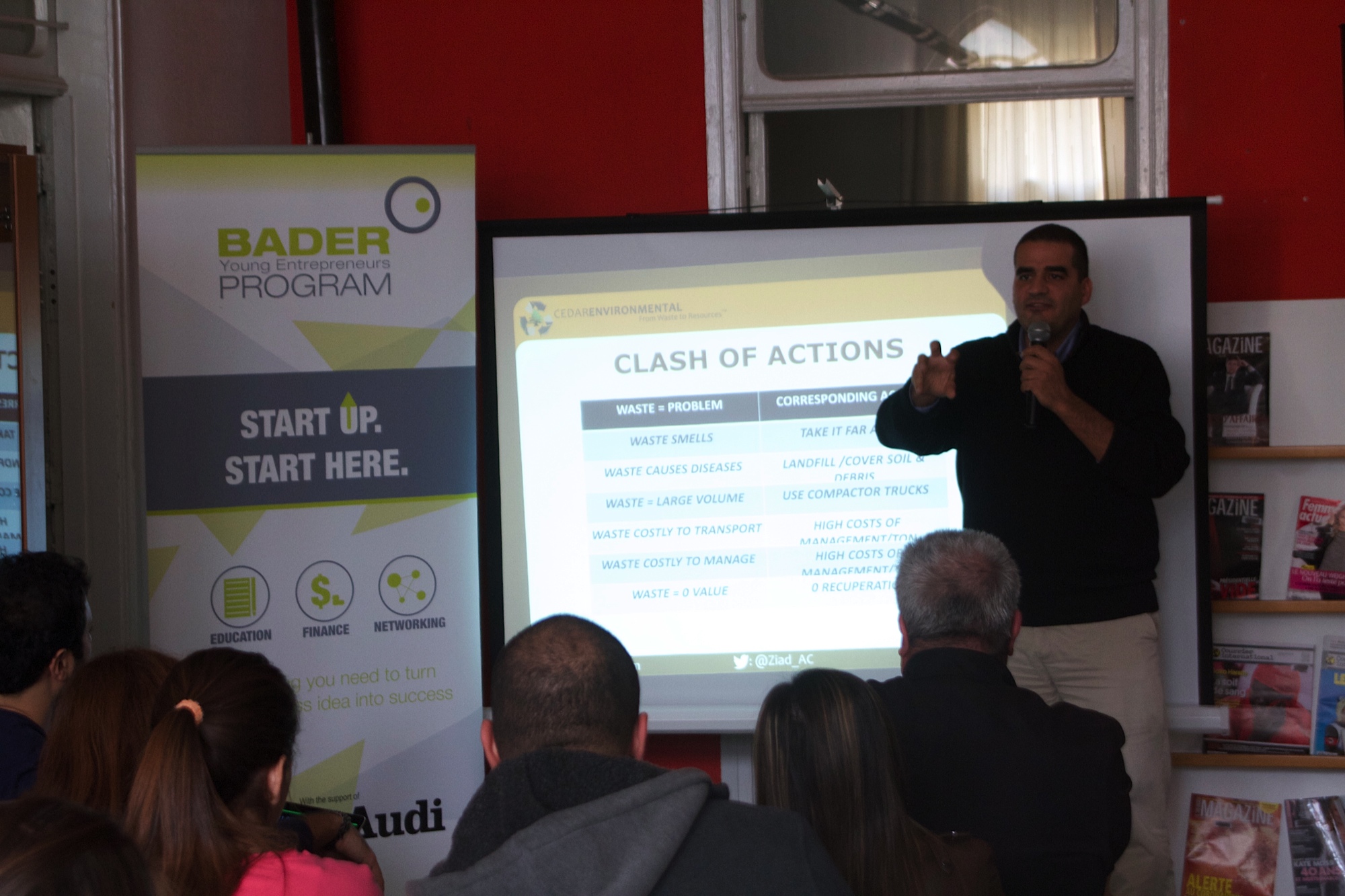 Some of the brightest young talent in Lebanon’s Bekaa Valley converged this weekend at an event that set out to prove there is more to Lebanon’s entrepreneur scene than just Beiruti startups.

On Saturday, Zahlé played host to what is thought to be its first ever entrepreneur-focused event, and judging by the turnout there is a huge appetite for more.

The event, dubbed Zahlé Meets Entrepeneurship, is the brainchild of 24-year-old Haya Farah and included talks from leading business figures, as well as interactive sessions designed to inspire the audience to share their ideas.

Farah was prompted to organize the session because of what she perceived to be the damaging effects of a lack of exposure to the startup scene in the region.

“I know many people here who have wanted to do many things but have lost their enthusiasm because they weren’t aware of the support that was out there,” said Farah, who is from Zahlé.

“There are events like this going on [in Beirut], but the entrepreneurial ecosystem is limited and you don’t see many new faces. I wanted to bring that ecosystem here but was nervous about how many people would turn up.”

As it happened, around 40 packed out the town’s Institute Francais space, with a few older attendees peppered among a largely younger - and very enthusiastic - audience.

With the first half of the event devoted to speakers, the day kicked off with a talk by Fadi Bizri, managing director of Lebanon’s Bader Young Entrepreneurs program, which backed the event. 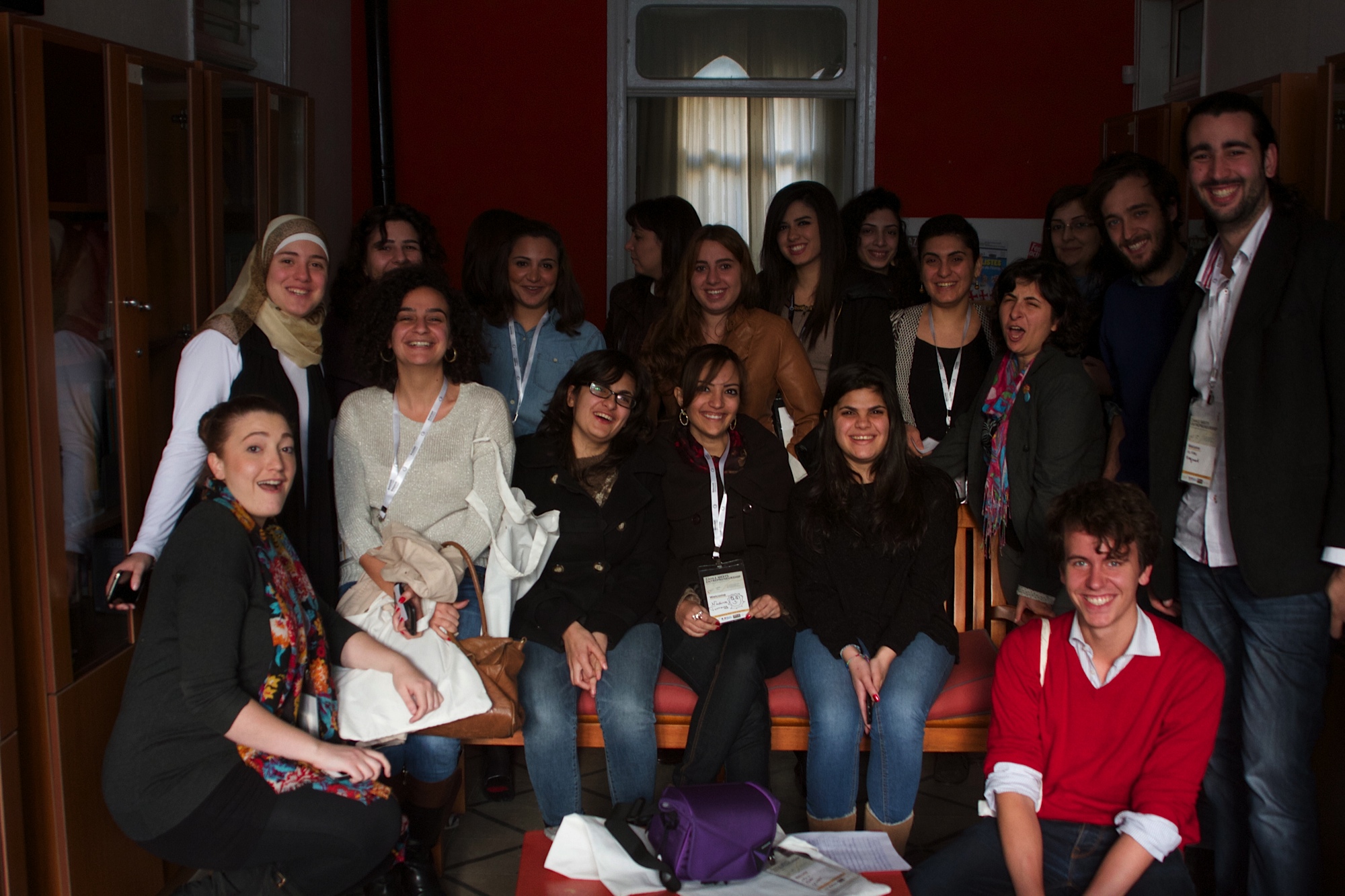 Bizri, who runs the NGO's youth-focused program, took those attending through the basics of launching a business, from attracting funding, to not being afraid to change things if the market demands it.

Telling the audience: “it’s not the idea, it’s how well you do it,” he highlighted Shahiya.com – a site dedicated to Arabic recipes – as an example of a simple idea done well. Japan’s Cookpad acquired Shahiya last month for $13.5 million, the region’s largest exit this year.

Following words from Bizri and Charbel Jamous, the cofounder of events website Lebtivity, came Ziad Abi Chaker, or The Garbage Man, as he has dubbed himself.

A prominent figure within Lebanese entrepreneurship, Abi Chaker is CEO of Cedar Environmental, a recycling-focused business that has won plaudits – and business – for its eco-friendly approach, and was last year selected by Executive Magazine as one of the country's top 20 entrepreneurs.

From facing tough financial times to turning down big-money offers to buy the business, he spoke of the challenges of running a socially-conscious company while maintaining profitability, and after the speech told Wamda of his enthusiasm for spreading business-savvy beyond Beirut.

“I’m all for cultivating entrepreneurial spirit among the young Lebanese population,” he said, adding that he was impressed with the turnout for the event.

“At a time when many are looking for jobs, they should [also] be looking at ways to start their own company, and it is loss if you only cultivate that spirit in Beirut. It should be done in the Bekaa, in the north, in the south: everywhere. There are people with brilliant ideas everywhere, and all they need is a small push.”

When asked how places like Zahlé could compete with the resources and lure of Lebanon’s glittering capital, Abi Chaker said the key was to get people to understand and respond the challenges of their local environment, adding that “as Beirut becomes more difficult to live in and move to I think the future trend will be companies moving beyond the metropolitan setting.”

The theme of developing a business around understanding local problems and finding solutions was further developed in the second half of the event.

An afternoon workshop saw attendees get serious about addressing the challenges of the region in an interactive session designed to get ideas flowing. 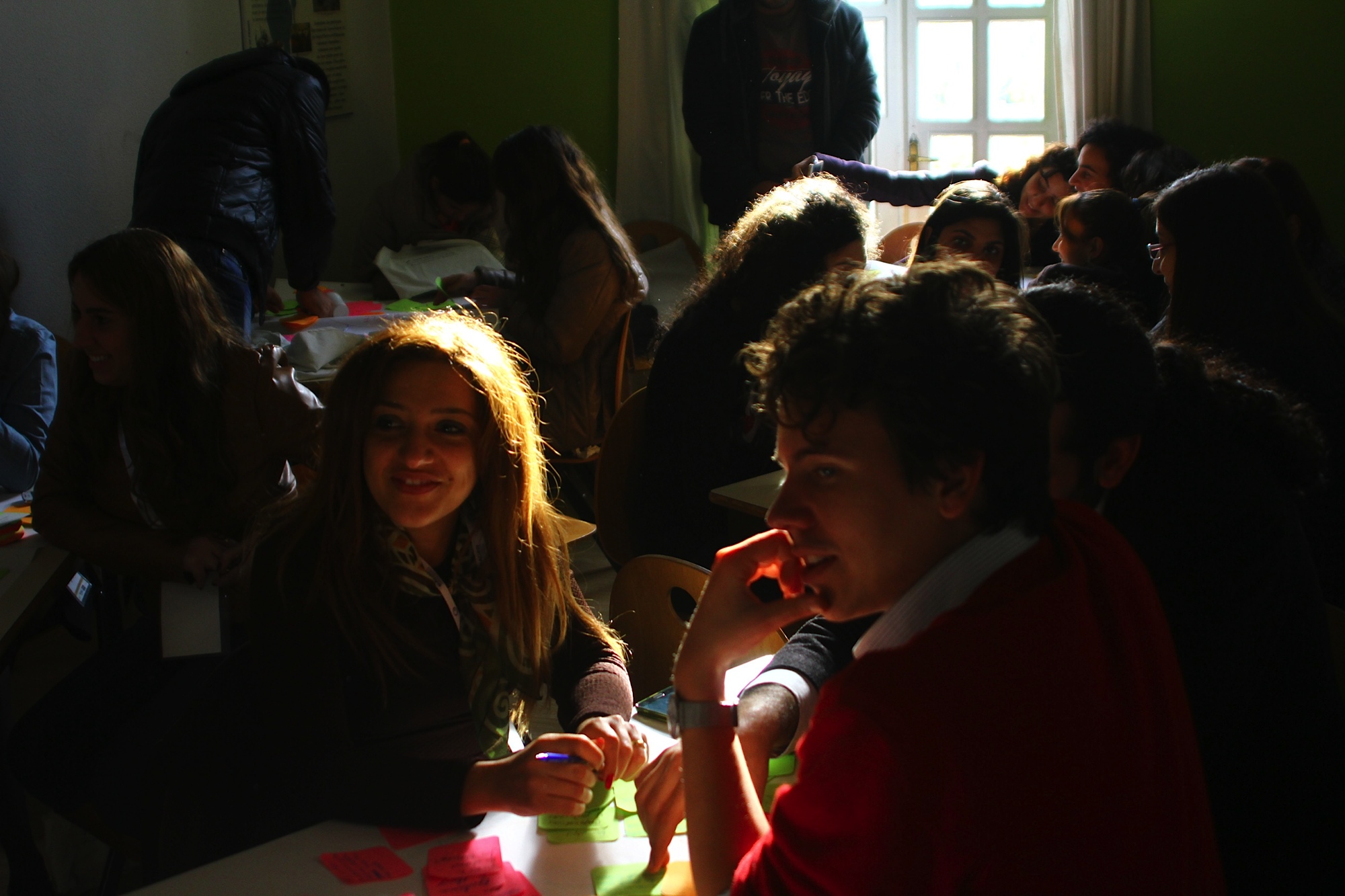 Attendees at one of the interactive ideation sessions.

Led by Joumana Mattar and Lilian Abou Zeki of Mirada Madrid, groups tackled local issues such as health, education, and agriculture, with groups brainstorming developing business ideas and sharing them with the other attendees. The resulting proposals included everything from an eco-restaurant to self-heating clothes.

Abou Zeki explained that the idea of the workshops was about “taking away the fear of putting an idea out there,” adding that the turnout showed there was “a real thirst” for more of these events in the Bekaa.

Not that everyone in attendance was new to business; already showing a knack for responding to local challenges and the potential to be unleashed by such events was 21-year-old Julien Jabbour.

A student in business management at The Holy Spirit University of Kaslik, a town on the coastal road north of Beirut, he runs a business he set up five years ago with his father, aimed at the agricultural sector, producing recycled plastic tubing for housing cables.

But while he may have had more experience than some others in attendance, Jabbour – whose favorite part was  Abi Chaker’s presentation – was like them in having positive things to say about the event.

“It’s really good to have it here,” he said.

“We need this kind of thing to work in the Bekaa, and we should explore businesses to help both society and the economy. There’s a lot of ideas here.”

All photos by John Owens.