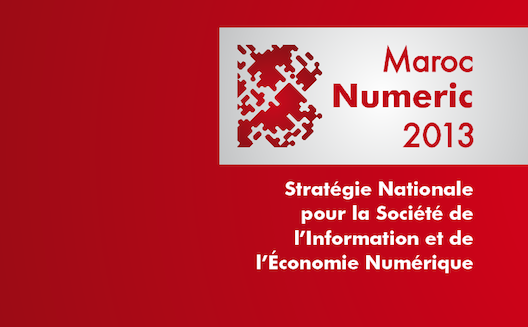 Editor's Note: We’ve said it before at Wamda: the Moroccan Center for Innovation doesn’t have such a good reputation among Moroccan entrepreneurs. Here, one of them has decided to share his experience with us. Although this is a highly personal story, and a personal interpretation of things, many entrepreneurs we've spoken to have shared similar stories. Catch up in a few days to hear the CMI’s director Samir El Aichaoui’s version of things.

Five years ago, the Moroccan government decided that it was time to support Moroccan startups, utilizing a strategic plan called Digital Morocco 2013. While this was a commendable attitude, it did not really bear the expected fruits.

The Digital Morocco 2013 plan was largely based on the introduction of several funding players, including the Moroccan Center for Innovation (CMI). The CMI is a Frankensteinian structure, a limited company with a non-profit goal responsible for supporting innovation, with a budget of 380 million Moroccan Dirhams (MAD) ($43 million USD) drawn from public funds.

The CMI initially aimed at supporting 805 companies between 2012 and 2014, but it has only supported 50 so far. With such low levels of achievement just two months before the deadline, it wouldn’t be too controversial to describe the project as a failure. But the way I see it, there are two ways to interpret it. The first would be to blame the underperformance on the lack of innovative projects due to unfavorable circumstances. The second, and more constructive, would be to conclude that the initiative is a good example of a promising idea that got destroyed by poor implementation.

Having lived the CMI experience with my startup, Greendizer, I can confirm that this organization is dysfunctional.

The CMI’s approach is one of the first factors to blame. The government decided to embark on an industrial-scale plan, without testing it first on a smaller scale. Moreover, instead of working with and learning from the different stakeholders, the CMI chose to put up a wall to separate its funding program from the startups. And even after seven calls for projects, the CMI still has not made any significant change in either its organization or approach, despite its disappointing results. 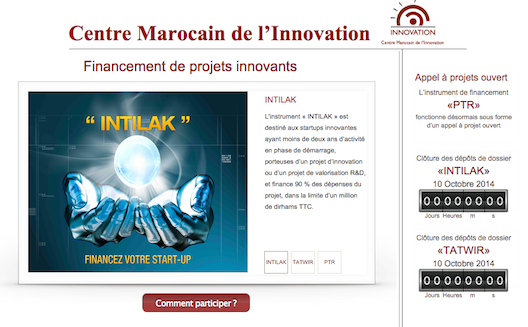 The CMI and its fundamentally innovative site

An modus operandi worthy of a bank

The CMI provides loans as would a bank: startups, with the help of the CMI’s employees, build an application file that they will never present themselves to the funding committee, instead, they have to leave the CMI’s Director General to do it on their behalf.

The problem is that no one knows how to present and represent a company more than its founders, so, letting someone from outside the company pitch the project can have disastrous consequences. In our case, CMI’s Director General presented to the committee a possible evolution of the service that had I told him in confidence as the main feature of the project, misrepresenting it and the whole project. After twelve months of discussion, the growing imbalance between our project and the expectations of the committee has led us to restart negotiations from scratch with a new file.

The CMI insists on selecting companies that hav strong in-house skills, but hastens to discredit them by asking for a feasibility study conducted by an approved consultancy cabinet.  At Greendizer, we received 60,000 MAD to get this study, and only then we could unlock the next gate, and finally receive the help we’d been promised. The problem is not just the lose of time, and money, but the use of those results. 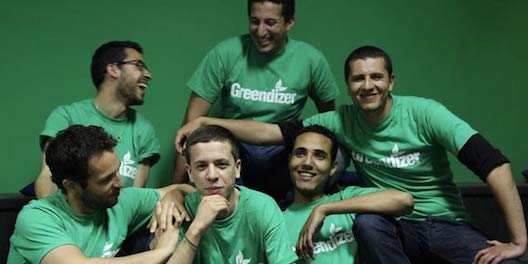 When the CMI saw the standard disclaimer, from the renowned consulting firm we engaged, it turned out that the positive and encouraging conclusions on the feasibility of our project was in no way a guarantee of success. They rejected our project, ending a process that had already lasted 18 months.

The official reason for our rejection was that the CMI, as that banking institution it really is, only wanted to help projects with a good financial situation, a proof of sustainably in their eyes, before offering the funding that could help turn a profit.

The CMI lives in the paranoia of fraud. To avoid it, the CMI is committed to fund innovative ideas based on a static ‘tasks and expenditures’ table. Instead of wiring money that the companies will be able to use to pay for the expenses they will incur, the CMI works on a reimbursement model. They validate expenses mentioned in the application file, and then reimburse them once paid. This simply doesn’t fit with the agility necessary for a business to be successful. Moreover, the CMI requires its startups to collect three comparative quotes before it reimburses them for necessary services, something a four-person company cannot afford.

And this request doesn’t just create a logistic challenge, it also put in danger the relationship between the CMI and the companies. Collaboration is only possible once trust is established, thus this misplaced fight against fraudsters scares off honest entrepreneurs and causes revenue shortfalls that are greater than the sums the CMI is seeking to preserve.

The CMI does not take the time factor into consideration, let alone the correlation between time and money. Months pass before the members of the various committees agree on a date to meet. A validated file often lingers for more than a month in offices, waiting for some official to sign the corresponding transfer order. Meanwhile, the wages of recruits continue to fall, competition becomes more active, ideas evolve, the market changes, and innovation in Morocco stalls.

The CMI notes that it can only fund the salaries of employees recruited and assigned to the project after the file has been validated, even though wages are the main expense of startups and that the main obstacle to entrepreneurship is the founders’ fear of falling into poverty.

Many companies that I have met have had to reshape and reorganize themselves to adhere to CMI’s specifications, since this was their only way of obtaining the necessary funding to start.

All these contradictions reveal that the CMI is both addressing the wrong segment and adopting the wrong approach.

“In its current state, the CMI is a cancer”

I am not one to think that such initiatives should come from the state. However, if public funds have to exist and employees are paid to manage them, I would prefer that it be done right, and not by combining the worst of a bank and of an administration. Reforming the CMI is urgent because it has reached a point where its contact with companies can only have two consequences: either providing them with substantial assistance or significantly contributing to their peril, and the figures clearly show to which side the scale is currently tilting. In its current state, the CMI is a cancer.

In its famous report, the Court of Accounts attributed part of the failure of the Digital Morocco 2013 strategy to the lack of a participatory approach with the various stakeholders and actors during its development. It is never too late to open a dialogue and try to reform all the instruments it had the merit of creating and to reconcile as such these instruments with their missions, entrepreneurs, and their needs. After all, much of the initial budget of the CMI still has not been spent yet.