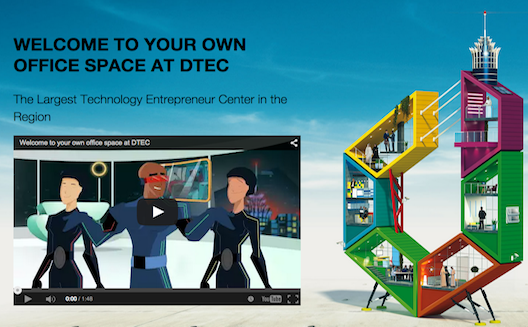 Before January comes to an end the Dubai Silicon Oasis Authority (DSOA) will be launching the Dubai Technology Entrepreneurship Centre (DTEC), adding to the roster of initiatives the DSOA has been launching and supporting in one of UAE’s free zones.

“It’s a technology and entrepreneurship centre […] a co-working space within a larger space,” says Hans-Henrik Christensen, Director of DSOA and Managing Director of DTEC. 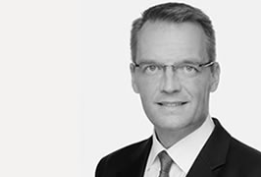 Services for all entrepreneurs

Covering a space of 3,600sqm, the area will house startups in all technological fields. Christensen told Wamda that with more than 350 work stations the center is one of the largest coworking space for tech entrepreneurs in the region.

“We wanted to provide various spaces for entrepreneurs,” he said, “Such as coffee houses, conference rooms, game rooms, and event halls; in short, all the facilities that help in the exchange of experiences and knowledge and in meeting new people.”

When it comes to what is available to the entrepreneur there are various services available at DTEC. A ‘flexi desk’ can be rented for a year at 6,000 AED ($1,600 USD); a “dedicated (fixed) desk” for 12,000 AED ($3,200) with a secure locker; an enclosed office starts at 3,000 AED ($800 per sqm). In renting of these spaces entrepreneurs will benefit from a range of services such as two residence visas, free hi-speed wi-fi, and access to DTEC’s facilities and meeting rooms.

In building the center Christensen wants to encourage entrepreneurship by establishing a space following Google’s working spaces’ model. He says “this center falls under the creation of an ecosystem where entrepreneurs can work on their businesses,” adding that this space is located in a free zone, which allows for the  establishment of businesses, obtaining of commercial licenses, and renting of spaces without the need for an Emirati partner or sponsor.

So far the DTEC has signed up 60 registered companies, including some with a commercial license, and others still in the early stages. With more still applying to join Christensen says that they have more than they can handle for the time being.

When it comes to joining the market, the MD doesn’t believe the DTEC to be a competitor with other coworking spaces in the UAE, rather they are simply a new player in the ecosystem, offering more options. “It’s like different types of restaurants, you can choose to eat at a different one every day. Moreover, we must not forget that ours is a technology entrepreneurship incubator that not everyone wants to be a part of; many don’t want help or partnership with the government.”

Falling under the umbrella of the DSOA, the DTEC is now part of an institution that hosts many initiatives. Pursuant to law no.16, the Government of Dubai’s DSOA has the power to establish a free zone, and to attract startups and giant corporations alike. “Our aim is to gather entrepreneurs and companies that follow the same route,” says Christensen.

Listing the initiatives that the DSOA has worked on Christensen says that those such as the development of the ‘Technology Investments’ division, which includes the incubator Silicon Oasis Founder (SOF), will join its efforts with those of DTEC.

As well as being funded by the government the SOF also enjoys funding from corporate sponsors such as Sap and the educational institution Gems Education. Alongside SOF there is the Venture Capital Funding and Tech Forum, which organize events as a way of establishing an ecosystem, attract renowned speaks, and allow entrepreneurs to connect.

In addition, DSOA launched a smart city initiative, Smart DSO, funded with 6.1 billion AED ($438 million) built next to DTEC, it also expanded its activities to include Islamic economics through its Dubai Islamic Economy Development Center.

“We need to feed this incubator with lots of activities: events on one hand and startup success stories on another, in addition to closing partnerships with key actors,” added Christensen.