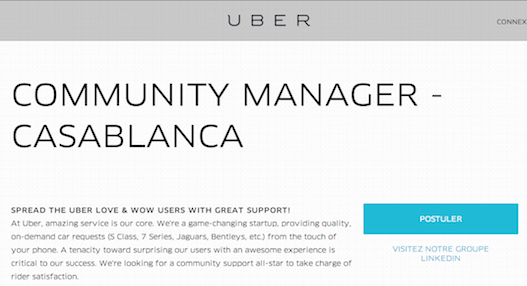 The news was all over the Moroccan web: Uber is looking for a community manager for Casablanca. Is the famous taxi service really about to launch in Morocco? No one is sure – yet. We do know at least one thing: Uber is not the only company eyeing the Moroccan taxi market. Two similar services, iTaxi and Taxiii, have also launched recently.

A matter of timing

For a few years now, Taxiii’s Yassir El Ismaili El Idrissi, and iTaxi’s Ali Echihabi Nadifi and Tayeb Sbihi, have been wanting to launch a company in Morocco but none of the projects they were working on felt promising enough. But when taxi apps became all the rage in Africa and the Middle East, they knew they’d found the service they were waiting for.

According to iTaxi’s Echihabi Nadifi, who was working at the time as an engineer in Canada, they had to catch the opportunity and “jump on the taxi apps bandwagon before everybody [in Morocco] got to it.” He says he expects taxi apps to go the same route as daily deals in Morocco: a rush to this sector, impressive user growth, and then only a few survivors.

It’s this same feeling of urgency that drove Yassir El Ismaili El Idrissi, a human resources manager who worked in a few Moroccan corporations, as well as a French consulting agency, to launch Taxiii. “Timing is on our side: in Morocco’s cities, now 60% of people have a smartphone,” he says (smartphones are a fundamental component of the neo-taxi app model).

Taxiii saw the light of day in Rabat in June 2014, then launched shortly thereafter in Casablanca; iTaxi launched in Casablanca in May 2014, bringing a much-need African perspective to this global sector. 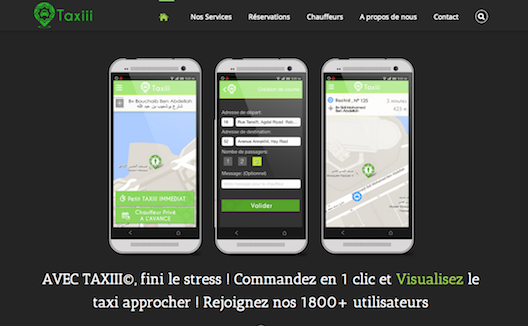 A need that will grow

Is there really a need for taxi apps in a country in which you can usually get a taxi within a minute (in the cities at least)?

First of all, there’s a need for safer taxi rides, explains Taxiii’s El Ismaili El Idrissi. Women generally feel more comfortable in vehicles whose GPS coordinates are booked every five seconds, in a car whose condition has been verified by a third party, and which is driven by carefully screened drivers.

This safety concerned is a priority to both services. “I’d rather be short on drivers than recruit just anyone,” adds El Ismaili El Idrissi, who points out that he knows all the Taxiii drivers personally.

But there’s also a need for more convenience. Often, Casaouis or Rabatis have to wait to find a taxi available where they are. This is generally the moment at which taxi users with smartphones look for a taxi on Taxiii for the first time. Users can then use the app to avoid waiting in the street, he continues, especially at night or during the winter.

If all three entrepreneurs found their inspiration in Uber, and operate along a similar model, they’ve also adapted the services to Africa, in terms of recruiting drivers, allowing customers to pay in cash, and altering how drivers are assigned / offered fares.

Due to their budget and the laws in place in Morocco, they’ve chosen to recruit their drivers in the existing pool of Moroccan taxi drivers.

They’ve also added a service to book taxi drivers in advance, since, as iTaxi’s Echihabi Nadifi explains, only Uber has a pool of drivers big enough to ensure that users will always get a driver when they need one. 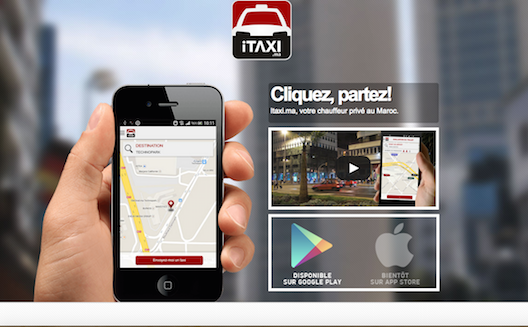 For both companies, it was obvious that taxi users should pay cash, since few Moroccans have bank accounts and for those who do, transaction fees are disproportionally high. But this raises another question: how do the apps receive their fees if they are not processing the payment themselves? With both services, the drivers keep all the cash they get; the apps get paid through a token system by which drivers buy tokens in advance. For every fare the driver accepts, one token is deducted from their account.

Building an app for Africa brings a new layer of challenges. The drivers’ app is used six to eight hours a day, explains El Ismaili El Idrissi, and must send exact GPS coordinates every five seconds, a real challenge especially when the app is running on the drivers’ personal smartphones, usually basic Android models, and has to deal with frequent 3G micro-outages.

At Taxiii, the team has altered the way bookings are sent. Normally, says El Idrissi, demands are sent at once to all the drivers and the first to accept it gets it; in Morocco, with the micro 3G outages, there was a risk that two people will accept the demand at the same time. The Taxiii team therefore decided to send the request to the closest driver and move to the next one if he doesn’t reply.

As for iTaxi, the team decided that if the drivers’ smartphones were too basic, they would give them more up-to-date tablets to make running the app more efficient. 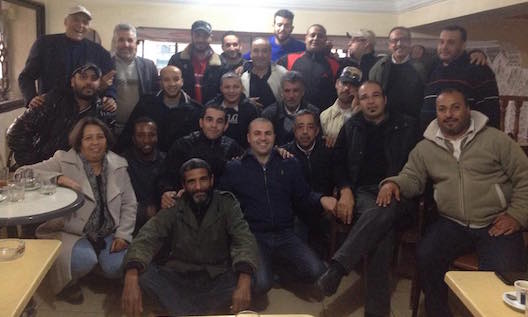 Tayeb Sbihi and some of iTaxi's drivers

For Taxiii’s El Ismaili El Idrissi, it was also very important for everything to be mobile first, given the growing penetration rate of smartphones in the country. On Taxiii, users can hire a small taxi, book a private driver in advance, book airport transfer, and organize trips within a city as well as carpooling to get to other cities – all on their smartphones

On iTaxi, only small taxis can be hired on the app. To book a private driver for a ride within the city, or a taxi to get to Casablanca’s airport, or a ride to another city and back, users have to use iTaxi’s website, call, or send an email.

This is only the beginning for both startups. Now that their beta phases are over, they’ll have to grow their pool of drivers; each currently have between 60 and 80. Then, they will be ready to recruit users, something they’ve both deliberately put on hold for now.

With the two startups finalizing fundraising, and Uber soon to launch for a more high-end segment of the market, we guess that this won’t be the last time we hear of taxi apps in Morocco.