Access to technology has long been seen as key to developing education programs in low-income countries, but the availability of smartphones, laptops, and tablets is often limited where they’re needed most.

During a stint heading up MIT’s One Laptop Per Child program in Afghanistan, Mike Dawson found that laptops might not be the most efficient way to deliver educational materials to the underserved.

In 2012, he founded Ustad Mobile as a vehicle to developing educational software that can be used on the types of phones that are already in widespread use in low-income countries. Ustad sells its software to education-focused NGOs working in the region, who then operate it with the help of the Ustad team.

“[I asked myself], how do I provide the same sort of education technology experience without needing everyone to go out and buy new toys, because that is not going to be sustainable?” said Dawson. “That is when I came across the idea of using feature phones [low-end mobile phones limited in capabilities compared to today's smartphones], because they support audio, video, interactive quizzing, and games. 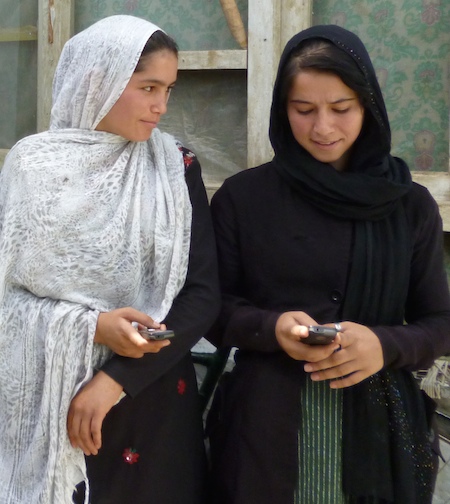 From South Asia to the Middle East

Having cut its teeth in Afghanistan, the company is now planning to expand to Iraq with support of a new contract with Qatar-based group Silatech, which plans to use Ustad Mobile’s products to provide users throughout the region with virtual simulated job interviews, advice on budgeting and finance, and instructions on how to use a job portal.

In 2015, Ustad Mobile is also hoping to develop relevant content in Arabic that can be useful for Syrian and Palestinian refugee populations.

“The system works without requiring a mobile signal while it's in use, [which] makes it suitable for even the most difficult regional situations,” said Dawson.

After receiving mobile phones loaded with the Afghan literacy curriculum, the test scores of the 180 women in the pilot group increased significantly with use of the app.

“Feature phones still represent the majority of phones bought in low income countries [even though] the most popular phone on the Afghan networks has not been manufactured by Nokia for the last two years. They are robust, not going to die quickly, and they have a long-lasting battery,” Dawson said.

Setting up shop in Dubai, eyeing the Arab region

Ustad Mobil originally received grant funding from the US State Department and the Dutch Embassy in Kabul. The company then got pre-seed funding from the Dubai-based Turn8 accelerator in February 2014.

Dawson set up in Dubai over three years ago when he was working on other projects. “We set up the company in Dubai to save money because it is a lot cheaper than bringing people to Afghanistan – and Kabul is not the most attractive posting for some people,” he said. “Dubai is also a hub for the emerging markets” in the surrounding region.

Ustad, which in Hindi, Dari, and Pashto means ‘teacher’ or ‘master’, has earned $60,000 USD from contracts with NGOs since February 2014 and has about 1,000 learners using various different versions of the software. 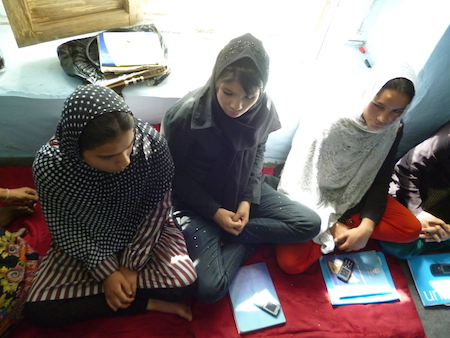 According to Dawson, one of the key challenges to developing education in low-income countries is the ability to track the usage and progress among students and teachers. Ustad Mobile allows NGOs to remotely track the use of the app and allows the usage data to be analyzed.

The app is distributed by publicly funded organization, Dawson says, and “they need to be accountable for where the money is going. Right now, education has a massive accountability problem. Billions go in, and we don’t even know if, in the instance of a remote school, the kids and teachers are coming to school, never mind the learning outcome,” said Dawson.

“Ustad Mobile helps to address the accountability problem. The donor or organization can log in to a statistics dashboard and see how long it has been used, what are the quiz scores, and how many are actively studying. All the data gets evaluated as a by-product,” he added.

The company charges $0.05 USD per month to track each student on the program in addition to services in training and support.

Ustad Mobile has developed an Android app that helps demonstrate the software to influencers and decision-makers in target countries. Dawson’s said that the scope for the software can be expanded beyond literacy to teach a variety of other skills.

“Literacy is a pretty basic starting block, but things like employability, how to do a job interview, financial skills… that is what is being planned for Iraq at the moment,” Dawson said.