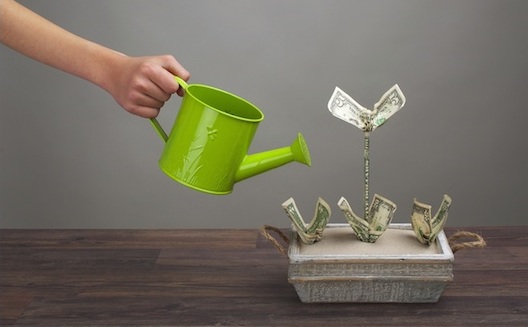 This is a crosspost from Firnas.org

Sometimes, a lack of funding forces entrepreneurs to abandon their projects. On other occasions, investors don’t invest in a certain project either because it’s not within their scope or because they don’t want to take risks. Due to these two factors, many resort to crowdfunding to raise money from the community in order to develop their ideas.

How do you launch a crowdfunding campaign?

Launching a campaign on crowdfunding platforms is easy. Users have to submit their ideas with a description and an explanatory video, mentioning the amount of money they need and how are they going to use it. Each campaign usually lasts between one to two months and community members can submit their contributions. In return, they will get a gift, a thank you note, the product itself or any other reward.

The rise of crowdfunding platforms

The concept of crowdfunding may be relatively new in its current form, however the concept is one that has been adopted in many different ways in the past. In the seventie many organizations used to lend money to individuals without the intervention of banks - an example is the Irish Loan Fund led by Jonathon Swift. The fund mainly targeted low-income families living in rural areas. During the eighties, more than 300 microlending programs kicked off.

In 2005 the first online microlending platform, Kiva.org, was launched. The following year, Prosper.com, the first peer-to-peer lending platform was launched in the United States, allowing people to submit a funding request including a picture, a story and a credit risk (credit risk refers to the risks a borrower takes if they failed to meet the determined terms). In 2007 a second one came along.

Kickstarter, the first crowdfunding campaign, was then launched in 2009 to provide a new way of funding creativity. IndieGoGo was the second with others soon following suit, giving voices to project owners and creating a birthplace of success stories. It wasn't until 2012 that the trend hit the Arab World's shores.

Aflamnah: The first crowdfunded platform in the Arab region, launched in July 2012 to help independent movie makers get funding and now it covers all sorts of creative projects. Aflamnah started with six projects online, one of them was Abou Rami for Sabah Haidar, and raised $2,440 in 28 days.

Zoomaal: Started in February 2012 by young entrepreneur Abdallah Absi (above), who was selected as one of Lebanon’s Top 20 entrepreneurs for 2013. A little different from Aflamnah its focus doesn't pertain to only movies and art, but rather all projects, as well as amounts raised needing to stay within the required amount.

Eureeca: Launched in Dubai in 2011, Eureeca is the first global online crowdinvesting platform that focuses on small and medium-sized businesses, allowing them to raise funds from the crowd in return for equity. Eureeca’s network of investors covers countries like Japan, Switzerland, Norway and Lebanon, who have pledged funds to grow the businesses they invested in.

Yomken: An open innovation and crowdfunding platform that targets social projects. It works by connecting industrial workshop owners with potential problems solvers like students, designers, and Arab diaspora. The resulting product will then be financed through crowdfunding.

Shekra: Launched in November 2012 by seven cofounders, Shekra mainly focuses on Egyptian startups. In addition to funding, it provides entrepreneurs with tips on how to pitch their ideas to investors, promote their startup on social media, and helps them with legal technicalities and agreements with investors and other services.

Many Saudi entities are funding entrepreneurs in the Kingdom, such as Saudi Credit and Savings Bank, by giving them loans with low interest. There are also different incubators like Bader ICT Incubator at King Abdulaziz City for Science and Technology, and Verso. However, we are yet to see a crowdfunding platform coming from within Saudi Arabia. Let’s hope the coming months and the inspiring stories on crowdfunding platforms inspire Saudis to launch a local version.