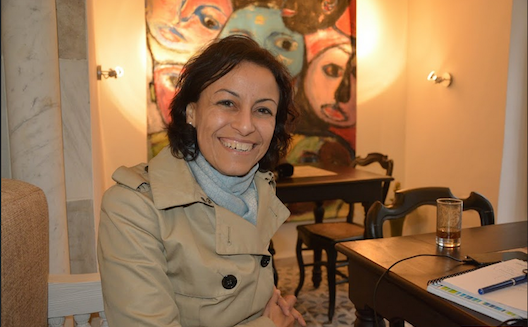 “I am not going to pretend that I had any idea of what I was doing,” Leila Ben Gacem tells me when we meet in the medina, the old quarter of Tunis. After 10 years as a biomedicine engineer, she suddenly quit in 2006. “I wanted to do something meaningful,” she explains.

Though unsure what that would be, she wanted to help small companies brand themselves better and to help them sustain their traditions. With many years of business model development experience from working with a big corporation, she thought, “why don’t I do the same but for small businesses?”

Developing sustainable handcraft from the UAE to Tunis

With passion, that’s how it started almost 10 years ago. “You can put me in any country in the world and I will develop whatever heritage they have into a businesses,” she says with a smile. “I think the world will become too boring with Zara and Starbucks on every street corner,” she adds. “Every country has its own richness and I am worried it will all be lost and we will all look the same.”

So Ben Gacem established “Blue Fish,” a consultancy company, which is creating sustainable social impact projects in the creative sector. Blue Fish analyzes the creative industry’s needs, and then develops a project based on the identified need and looks for the most suitable funder. Once found, she works on the project as implementation consultant.

One project involved Bedouin women in the United Arab Emirates. “It was a beautiful project that I was managing for the Khalifa fund,” which is a government entity for micro-businesses and SME funding. “The initial idea was to develop women’s home businesses,” explains Ben Gacem, “It was fascinating for me because when you think of the Gulf countries you don’t necessarily think of handicraft.”

Ben Gacem went from door to door, and began to speak to women about taking up weaving again after it had been abandoned about 20 years ago. It was challenging, admits Ben Gacem. “Most of the women were not very literate and simple women, they were skeptical of my suggestion in the beginning. And they were very intelligent, one of the women even asked me, ‘Why are you looking for weavers, people only look for oil here?’”

But the end result, Sougha, was a big success. 200 women took her trainings and learned about sewing, calculating prices, maintaining cash-flow, and color combinations. “Now it is a national brand,” Ben Gacem says proudly. “They produce, design and innovate.” Today, the women visit malls in Dubai and take photos (with their phones!) of products to get ideas and inspiration for future designs.

“Moving someone from the periphery of society, making them an entrepreneur and a part of the society is more precious than any money,” said a proud Ben Gacem as she showed me photos and videos on her computer from the journey.

Ben Gacem’s latest project is in cooperation with the Medina Preservation Association, which was founded in 1967 and advocates for the protection of the architectural, cultural and artistic environment in the old Tunis quarter. The aim is to bring some of the country’s traditional objects back to life by connecting young designers with traditional handicraft makers. The aim is to bring new life to old handicraft. 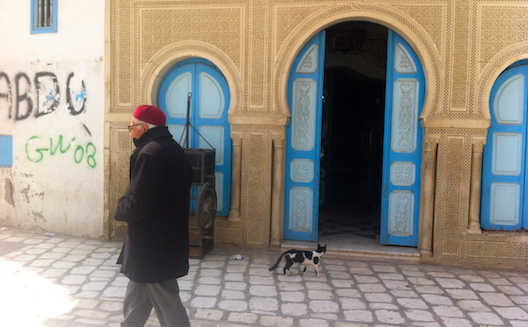 Economic profit is essential for a sustainable model, argues Ben Gacem. “I strongly believe that the best way to preserve identity and heritage is through economic opportunity.” It’s simple according to the Tunisian entrepreneur. If there is an economic opportunity people will pursue it; if there isn’t one, well, then you need to create it. “You can’t tell someone that they need to continue making chechia (the dark red traditional Tunisian hat of wool featured above), if nobody is wearing chechia. If that’s the case, we need to innovate because the vendor needs to feed his children,” explains Ben Gacem. For her, you need to either brand it and market it in an appealing way or try to modernize it in order to keep the tradition alive.

The handicraft sector is frozen, she says. “There is so much opportunity in the creative and cultural industry,” she says. More focus should be on this sector. “I think we are underestimating the potential in creating jobs from this industry.”