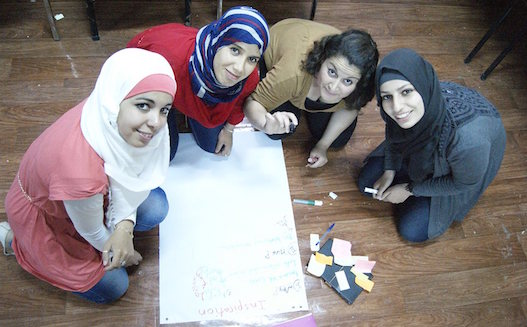 For a few years now, a group of optimistic and resilient Algerian students have worked against all odds to introduce the concept of social entrepreneurship in Algeria. They’re sure that entrepreneurship can change Algeria; they believe it can be economically sustainable, a creator of job and wealth, and attentive to social and environmental considerations. All Algerians need is more faith in themselves.

We met with Yanis Bouda, the computer science student who created the Algerian Center for Social Entrepreneurship, and asked him how Algerians can take control of their country’s future.

Some students who participated in the talk, including Bouda, decided to organize some MakeSense workshops and events in Algeria to help social entrepreneurs grow.

Their action didn’t go unnoticed. In 2014, Bouda was invited to a university exchange program on social entrepreneurship at Connecticut University, an experience he remembers as very enriching. 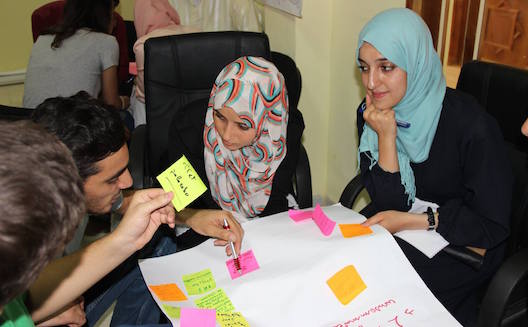 Workshop during an ACSE weekend in Biskra

Social entrepreneurship in Algeria can work

“We have to stop looking at problems as problems, and start looking at them as opportunities to do business,” he keeps repeating.

The second challenge is a lack of self-confidence. “Some people already do social entrepreneurship,” Bouda told Wamda, “but they don’t realize it, they underestimate their impact.” These people, who could grow their company if they were properly mentored, and who could inspire more people to join the movement, stay under the radar, he continues.

Social entrepreneurship also suffers from the same challenge as regular entrepreneurship. “In five years, despite the increase of governmental and student initiatives, but not one startup really kicked off, and most companies died within two years.” He calls all Algerians to ask themselves the right questions: “We don’t question the way we help young people to launch startups. We invest a lot of money, but money is the last challenge, what’s missing is mentoring!”

That’s exactly what ACSE want to offer. During their ACSE weekends, the Center visits different wilayas, the country’s counties, with the financial help of local associations to explain the values of social entrepreneurship in an interactive way, based on different techniques they’ve experimented during MakeSense and Ashoka programs mostly. The Center then train the people who’d like to go further, and put them in touch with experts.

“We try to show them that success is not a Western thing. We ask people from their background who are doing wonderful things to speak. We want to show that it’s not their environment stopping them from doing great things, but their fear of doing.”