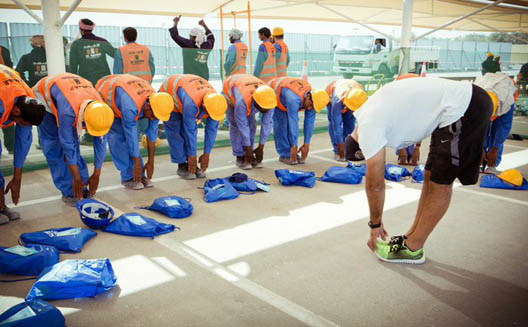 The business of doing good – better known as corporate social responsibility (CSR) – has been around for decades. But with the rise of social media in the region in the past few years, being transparent about charity has never been so important.

From global giants to smaller start-ups, the corporate sector is looking at innovative ways of contributing towards a good cause. In fact, the bridges between the ‘for-profit’ and ‘non-profit/social good’ sectors are becoming increasingly vital.

But there’s a new type of start-up that’s beginning to gain traction in the Middle East… and that’s of the charitable for-profit variety.

One of the poster boys of this movement is the UAE-based The Sameness Project.

“We are small team of social innovators,” project manager Fiona Hepher tells Wamda. “We aim to take negative social issues and put a positive spin on them through creative solutions. In Dubai, for example, things like labor issues; social class; and nationality divisions all take a toll on the community’s heart.

“We are a remedy to apathy. We’re the nudge to get you up on a Saturday morning and shake the hand of the builder who paved the road you drive on, but remains invisible. We’re the elbow to say ‘hello’ to your neighbor who just moved to the city, miles away from family. We’re the online platform to see ‘sameness’ moments happen all over the world.”

The Sameness Project was born in 2011 following a personal visit by founder Lina Nahhas to her home land of Palestine. After giving birth to her first child and meeting another new mother from Israel, Nahhas’s views “expanded beyond the plight of her own people, but to the plight of all humans.” Following her return to the UAE, she resigned as COO of YouGovSiraj and set up her own organization.

Three-and-a-half years later and the group comprises Hepher, as well as fellow full-timer Jonny Kennaugh. Nahhas, and another colleague work part-time. Notable initiatives include Water for Workers, where the team and volunteers distribute bottled water to construction workers; while We’ve Got Your Back educates laborers on the importance of stretching to help avoid back problems. Interestingly, Hepher says that the team didn’t face any difficulties when it came to creating the concept.

She continues: “There weren't challenges setting up the company, but it's been a good challenge educating people and corporates about what we do and how we do it.

“The region is very familiar with charity, and we support that there's a place for that, but we're something new: creating goodness across all segments of society – not just the underprivileged – putting out creative content at an advertising industry standard; and operating as a for-profit to promote sustainability.”

Registered under the Department of Economic Development as a management consultancy firm, The Sameness Project specializes in activities including designing, marketing and executing CSR initiatives on the ground. Finding the capital for the start-up wasn’t a challenge, explains Hepher, as companies across the region are keen to invest for the return of fulfilling their own CSR programs.

“Just like any business, we have an office, salary, insurance overheads as well as the need to market ourselves, invest in new projects, and continue our growth,” she says. “Our investment model is unlike any in the region, called The Collective, which is basically an investment fund for goodness. 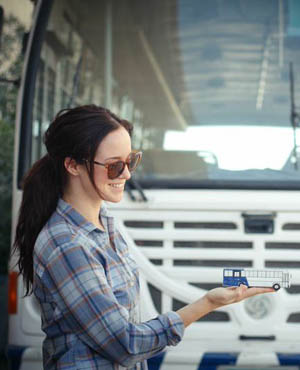 “We seek likeminded companies to pay a modest annual membership to sustain The Sameness Project while riding on the wave of success and goodness in the community,” she continues. “It fulfils their marketing, CSR and HR agendas, because their employees can get involved on many levels and they can push their involvement across social media channels; ensuring they appear authentic and integral by supporting a third party.”

Right now the possibilities are endless for the team. Only last month, they were shortlisted to present at the Gulf finals of global entrepreneurship program, “The Venture.” And while they didn’t make it to the US finals (it went to Dumye), The Sameness Project has a number of other things coming up.

“We’ve just wrapped up We've Got Your Back, and now we are in the midst of Restart the Art (pictured above), a project that aims to turn two white laborer buses into moving works of art… telling the stories of those that ride the buses, alongside Dubai's creative community of artists who helped bring all the artwork together,” she says. “After that, we have Water for Workers for four months over summer, and some exciting projects leading up to the end of the year that are still under wraps.”

So where do Lina, Fiona and company want to be in five years’ time?

“The aim is to become fully sustainable and profit generating,” Hepher says. “We’d also like to see projects picked up internationally, as well as a production of a Sameness film, and a series of books known as the ‘Not So Lonely Planet’ for different cities around the world showcasing their sameness.

“We’re the reminder that everyone has a common story, and we all share the same pains, joy, sadness and love.”

Rachel McArthur is a Dubai-based freelance journalist, editor, and radio reporter. Contact her at freelance [at] raychm [dot] com or connect via Twitter @raychmofficial.