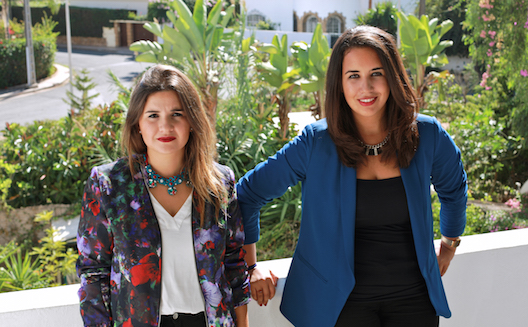 It’s not uncommon for one cofounder to leave a company in its early years. In some cases, the separation goes smoothly, in others, it kills the company. But often, it simply goes awry, and cofounders fight to keep the company alive, and get stronger.

This is at least the belief of Rime El Khalid, one of the founders, along with Chama Tahiri (both pictured above) of a Moroccan online culture magazine and communication agency. Wamda sat down with El Khalid to find out why the two of them separated from their initial cofounders, and what they learned.

“We didn’t chose to start a company, the company came to us”

Like many cofounders, El Khalid and Tahiri met in university.  Their mutual passion for culture got them to launch, with El Khalid’s best friend Mohamed (his name has been changed), a Tumblr to list the people involved in the cultural life of Morocco, the people who were disrupting the Arab world, the people of today, those “ness lioum” in Arabic. They called it Lioumness.

Despite the distance - Mohamed was studying in Paris, while El Khalid and Tahiri were in a city two hours outside Paris – the three business school students wanted to go further

“There was no media writing on what we wanted to read, presenting things in a less journalistic and factual way, more human and narrative. We felt like we had to talk. And since we loved words, we decided to create an online magazine.”

In order to so, they asked Mohamed’s friend Younes, a photographer with engineering training, to take care of all the technical and artistic aspects. The website was launched in November 2012.

Even though none of them were looking to generate revenue, they all wanted to manage the magazine in the most professional way. “To us, it wasn’t a blog. It was an online magazine with an editorial line, a visual identity, we thought of all those little details.” 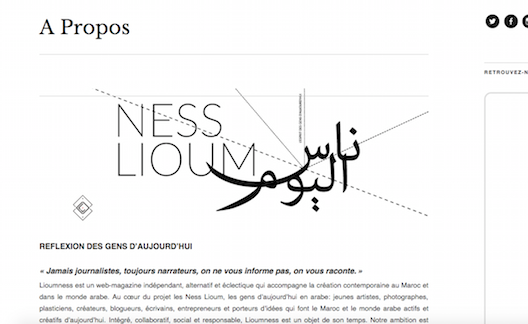 The team learned to manage the distance, the university exchanges, and the very different workstyle of one and another.  “We worked with a lot of flexibility,” remembers El Khalid. “It was awesome the first year, we loved each other.”

When the girls studies ended, the company was contacted by a hotel chain launching in Marrakech to handle their communication and cultural program. “We didn’t ask ourselves if everybody wanted to become entrepreneurs,” El Khalid explains. “We had an opportunity, we were four, we gave 25% to everybody.”

When some work more than others

Still, already back then, not everybody was as involved in the project. “There was no hierarchy, but in reality Chama and I were the managers. We were the ones reminding everyone of everything, we had the bad role,” she recalls. “We also had the cool part of the job, we were on the ground, meeting clients, covering events, they only had the production side.”

El Khali and Tahiri understood that the guys were not as motivated, seeing the conditions, and they were convinced that everything would get better as soon as they joined them fulltime in Morocco.

Mohamed and Younes had had enough. They were not having fun any more, and didn’t want to wait years before getting paid. “For them, we had started as the four of us, we should have stopped the as the four of us,” she says. The discussions went awry, Younes shut down the site, the email addresses and the social media accounts, and during six months, El Khalid and Tahiri handled their agency accounts on their site, and looked for new clients offline.

“To disolve the company, we should have had spent more than 1,000 euros, and  gone through a year of processes. Up until then, we never had to get any money out for Lioumness, and now had to shut it down? It was utter nonesense,” explains El Khalid. Mohamed and Younes ended up giving up and selling their shares. Still, the website database, and some social accounts were missing. “For three months, we were living like hermits to get [all the articles] back online.”

In November 2014, the website was operational again, and the duo stronger than ever, they say. “Those six months got us thinking about who we are and what we want,” explains El Khalid.

The two accomplices regret nothing. “We couldn’t have done it any other way. We would have never launched Lioumness if we weren’t four in the beginning because there was so much we didn’t know how to do, Chama and I. We would never take this away from them,” clarifies El Khalid. “You have to start a project with the right people, if they’re not right anymore, you have to continue without them.” Still they learned a couple of things.

“I don’t believe you can create a company with cofounders working remotely. There are so many things in the everyday life that you can only share when in the same room, if you’re not together, these just get lost. You need to be together to share the same things, and move together,” believes El Khalid.

Lesson 2: have an open discussion

“Chama and I always had a long term vision; for us, Lioumness was a life project,” recalls El Khalid. Still, she admits, they didn’t really share their vision with the other two cofounders since they were living abroad. “We didn’t have the discussions 'normal' entrepreneurs would have since our association wasn’t coming from our own volition, rather it was an answer to an opportunity.”

Lesson 3: know a bit of everything

For El Khalid, you have to understand what your cofounders are working on. Not knowing much about technology, the two partners delegated everything to Younes. “You need to have notions of tech. You cannot ignore such an important part of your project,” she believes. “The misadventure with Younes pushed us to develop skills in intern. Now, we can take care of the  photography, video, and website. We didn’t think we could do it, we’re really proud we did it.”