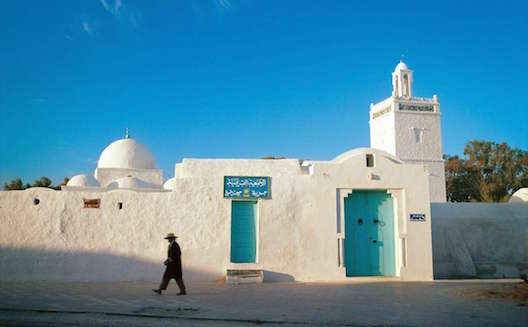 In mid-March, after visiting Gafsa and Kairouan, the team behind Tunis-based coworking space Cogite brought their Cogite Coworking Camp series to one last stop: Djerba, the small island off Tunisia’s southern coast. The island’s aspiring entrepreneurs were in for a weekend of workshops, pitch practice, and networking.

“The Djerba event was a great conclusion to the Coworking Camp series,” said Kevin Coyne of Cogite. “We saw some very serious projects and had a great response from the local community who took part in the networking event and final pitch competition."

On the last day of the event, three young women waited anxiously for the pitching competition to begin. In front of 4 judges, Farhat Ben Tanfous, the founder of Generation Avenir, Maria Grazia Casella, the owner of Aries Djerba Boutique, Khaled Oureimmi, the director of the Djerba Cyberpark and Badis Zaraa, general manager at Le Grand Hotel Djerba.  Contestants were to present their ideas during a strict 3-minute appearance on stage, addressing everything from problem solving to demand and budget limitations.

“It’s good practice to pitch for an audience,” says Myriam Cheikh, one of the three young women. She was preparing to pitch a business idea offering different afternoon activities for kids. Next to her, Wiem Ncibi, another young entrepreneur, wanted to establish Golden BioPlant, a project that would focus on bio friendly farming.

“It’s also good for networking and connecting to new people,” added Saida Jhassi, sitting next to the two ladies. They had all met during the event and quickly became friends.

One of the participants, Mohamed Ben Abdallah, wanted to establish an atelier for preserving and selling the island’s ceramic handiwork, an idea that was welcomed by the panelists. “There is definitely a demand,” said one of the judges.

Towards the end the four judges applauded the competitors. It is very courageous to pitch in front of a panel and audience, they said, and advised the competitors that a good business plan is as important as a great idea.

Nawel Kouka of Sidi Bouzid, a city five hours from the island, won the competition. She wants to create an artisanal goat cheese company. “She presented the project with confidence, and had clearly done her research about the local market and opportunities for growth,” argued Coyne. “The overall business concept was both creative and feasible, which impressed the jury of local business and cultural leaders.”

The jury was also impressed by Mohamed and Emna Ben Jeddi who were in the process of creating a website with an informative map of the island including its less known areas. The team emphasized that there is a lot that the tourists who visit the island don’t know and miss, especially if they get stuck at the all-inclusive hotels. There is a lack in communication, concluded Mohamed Ben Jeddi. The jury agreed and awarded them the third prize. 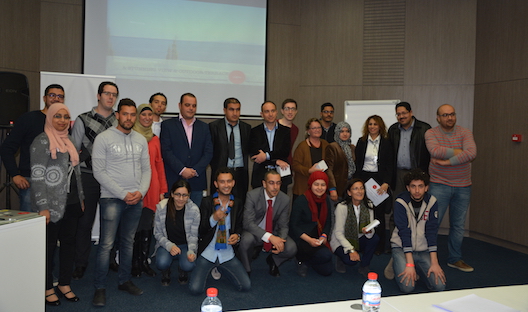 However, it is not just the Cogite Coworking Camp that brought the company to Djerba. Their plan is to create another coworking space there. “It was a great way to build up connections with the community in which Cogite will be operating shortly,” Coyne said.

The Cogite office is designed as hubs capable of bringing together, under one roof, a collection of individuals and organizations working on realizing a positive impact, he said. “What we saw in Djerba was already a sort of critical mass of these types of doers, and an opportunity to connect them into a strong network around Cogite, like we have done in Tunis,” Coyne noted.

“Many young people here have ideas,” said Mohamed Ben Gharbi, entrepreneur from Djerba, “but it’s not easy to start.” This is why a Cogite co-working space is a good idea, he argued, because it could ease the way for other aspiring entrepreneurs on the island and encourage them to take that important first step.

Most of the opportunities on Djerba are connected to the tourism business, according to Ben Gharbi. The island is a popular tourist destination; many visitors come for the sun and sea. But there is a lot that can be improved, he noted. “The tourism sector needs more initiatives,” he added. Most of the current businesses are big and all-inclusive, which may attract a certain crowd, but another group of people may be interested in exploring the island for more unique experiences and currently the supply in this field is very low, he explains.

But it’s not only tourists on the island. What is unique with Djerba is that it serves as a crossroads for many different people, attracting not only tourists, but artists (street art project Djerbahood, for instance), NGOs, business people, and those in transit from neighboring Libya, explained Coyne. “Situating the next Cogite in this type of crossroads can ensure that we attract a truly diverse community,” he said.

For Cogite’s cofunder Houssem Aoudi, Djerba it is also personal. He grew up there and is now eager to improve the entrepreneurial ecosystem on his home island. “Djerba is like Sfax, it has always been known for its entrepreneurs,” he explained. “We want to help build a new generation of entrepreneurs there and develop a community of doers and local game changers,” he said and concluded, “The challenge will be big but it’s worth a try!”