Lack of funding is one of many obstacles that startups face. Many try to develop their goods and services as economically as possible before looking for investors. For more than a year and a half after launching his small business financial app, this is what Ennota founder Mohamed Hamada did. 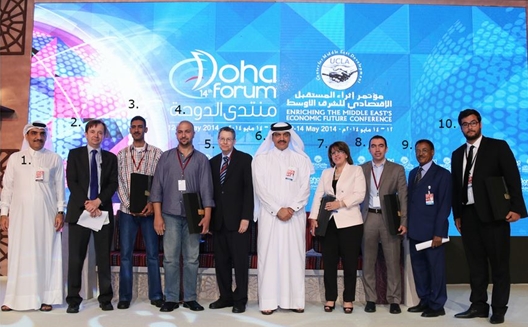 Mohamed Hamada, 4th from the left, finished 3rd in a competition at the Enriching the Middle East’s Economic Future Conference in Doha in May 2014. (Image via the Middleeasterner)

He bootstrapped his startup until last year, when he was accepted by Flat6Labs' program. The accelerator invested $15,000 in Ennota in exchange for 15 percent equity. Hamada received a further $20,000 after finishing third at the Enriching the Middle East’s Economic Future Conference in Doha in May 2014.

Hamada was able to develop and modify Ennota’s algorithm with the money he received. And last week, he was able to launch the newest version of the app with additional features, giving clients the ability to adapt their budgets to their business models, and an option to follow up on loans, assets and payments. 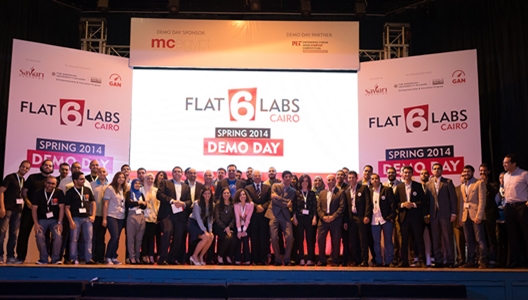 The Ennota team is one of the 7th batch of startups to graduate from Flat6Labs. (Image via Flat6Labs)

After conducting a market study, Hamada decided to stop offering free trials of his application, and instituted a $5 - $10 monthly charge for the app. And it is anticipated that starting next month, payments will start working on OneCard, an online payment service developed in collaboration with Fawry.

Only after clarifying business and the profit models, Hamada began his search for an investor with an apetite for risk who was willing to invest in Hamada’s venture.

“At first, we wanted to launch an application that helps coordinate personal accounts, but we found other applications already doing that,” Hamada said. “We also found that the entrepreneurs of small businesses don't have the tools for monitoring their accounts that they previously managed manually on papers. This was the reason behind our idea.”

The way the product helps entrepreneurs make more informed decisions is one of its most important attributes, Hamada added. 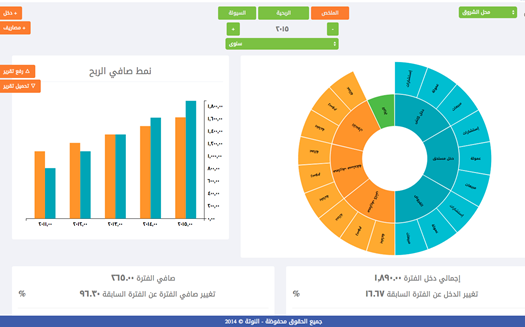 You don’t always need to pay for good marketing

Hamada is betting his marketing strategy on the vast adoption of smartphones in Egypt. smartphones make up 67.8 percent of the country’s phone market, according to Appmakr’s latest report.

As Hamada said, these numbers mean good things for Ennota. His application was downloaded more than 1,500 times before he launched the paid marketing plan.

And following the launch of the company’s marketing plan, the app is being downloaded more than 100 times per day.

With more than 15 million small and micro businesses in Egypt, and more than two million micro business loans, there is potential for cooperation with funding organizations.

Ennota has also teamed up with the Alexandria Business Association in a workshop to train small and micro businesses owners.

“The objectives of this association and similar ones that help fund these types of companies are to train entrepreneurs on how to manage their finances and their accounts,” Hamada said.

Hamada plans to represent Ennota at the closing ceremony of the Saudi Spanish Center for Islamic Economics and Finances (SCIEF) in Madrid, where companies will present their ideas for a potential 2,000 euros prize.

Here’s hoping that all goes as planned, and that Ennota will compete with many international applications in this market.