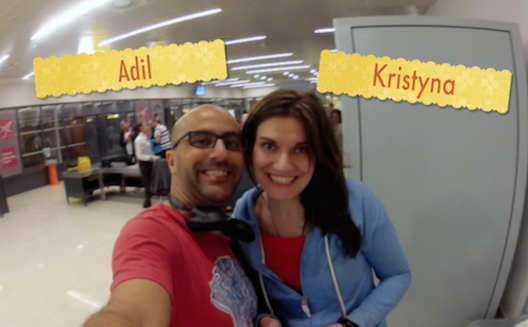 For many, promoting a new platform means using SEO techniques and Facebook ads. Not for Maqtoob. The cofounders of  “Tripadvisor for business apps” - as they call it - decided to pack their suitcases and travel to 12 countries in 12 months.

“We want to show that technology doesn’t belong only to tech startups, and that business apps can make anyone more productive and save time and money,” said CEO Kristyna Zapletalova. But this trip isn’t just philanthropy, as the Maqtoob team will gather feedback from people all across the globe, and reach out to people far beyond the startup ecosystem.

A marketplace with a mission

Maqtoob, with a ‘q’, not to be confused with Maktoob, with a ‘k’, lists more than 1,300 hand-picked web and mobile apps. Users can find apps to help with their marketing, sales, productivity, emails, and much more. They can learn more about the apps and read user reviews. Users can also create their own list and follow others.

Only two percent to five percent of apps submitted are accepted, according to Zapletalova.  Only apps that are launched, ready for business, functional and non-anonymous are accepted.

Except for 18,000 British pounds in seed money they received from London-based accelerator Oxygen, the company has been self-funded. Using a mix of advertising and affiliation, the team hopes to break even in a year from now.

A product born on the road

Zapletalova is Czech, and yet her product is named after an Arabic word that means “it is written” or “destiny.” This is not accidental of course.

In 2011, after years working in Brussels for the EU, Zapletalova left for Beirut to learn Arabic. There she started a blog and discovered all the tools that were at her disposal. In Bali, Indonesia, she met Gherib, a Belgian-Moroccan architect who quit everything to work on the road, and who’s been working remotely for TripAdvisors. With help from their CTO Tomas Kudelka, based in Czech Republic, they launched Maqtoob.

Gherib and Zapletalova are part of growing movement: digital nomads, people who use digital tools to work remotely. “When I heard the term digital nomad, I thought ‘yeah that’s what I have been doing for years already’,” said Zapletalova when Wamda met her in Moroccan surf town Taghazout.

Still, they felt like they needed to go back to more common startup environment for a while. Joining an accelerator gave them the opportunity to have the whole team in one place, push product development and to network, she noted.

“When you work away you don’t meet so many startups. There we were meeting tons of startups,” she continues.

Now that they’re back on the road, they’re meeting the usual challenges. In Morocco, they’re able to work from their airbnb apartment, but it’s not always feasible.

“In Lebanon, we were really struggling with internet,” Zapletalova said. They’ve now become expert in cafes with free wifi in Beirut. “My favorite is T-Marbouta, but they don’t want you to stay for long,” she said. “At Starbucks, you can stay forever but the connection is bad. Go to Zaitunay Bay, the connection is better because no one goes there.”

From Lebanon to Morocco

“Originally, we planned on having four talks or workshops per country to keep up with the usual work on the platform,” explains Zapletalova. “In the end, we ended up with eight in Lebanon because there was so much demand from universities.”

Their “Introduction to business apps” workshop was designed for university, family businesses, but also startups. “We realized that even in the heart of London’s tech city, at Google Campus, people don’t know about most of the tools,” Zapletalova said. “They know the most basic ones, like Buffer or Trello; maybe they didn’t work in the tech industry a year ago.” 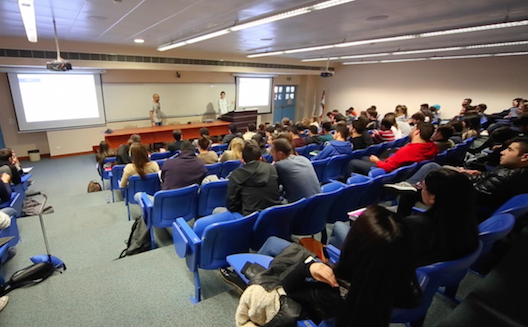 The Maqtoob team speaks at a Lebanese university.

The workshop begins with an eye-opener. “We tell them entrepreneurship today is different from what it was 20 years ago. Those new technologies help us be more flexible. We can now work from offices or Starbucks. We want to change their mindset, show them they can create a website or a company themselves.” Only then does the team go into actually talking about a selection of apps.

“There’s nothing for us financially, we do it for free, to raise awareness,” the duo said.

You can meet them in Casablanca during Level Up.