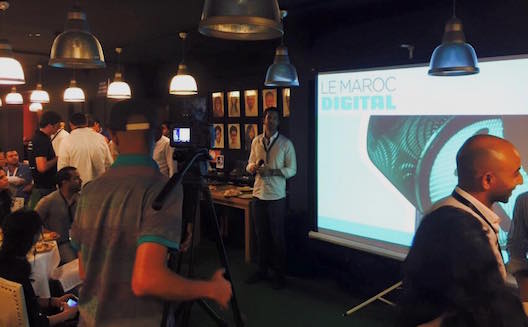 The Moroccan web community got together recently for the launch of Le Maroc Digital (Digital Morocco), a non-profit organization that aims to shed light on the economic and social potential of the digital field in the kingdom.

“We’re working to bring together all the digital scene players in order to identify the problems they are facing and find solutions," Larbi Alaoui Belrhiti, General Manager at Avito told to Wamda.

These web stakeholders are increasing in number every day; however, their growth remains limited by a lack of government awareness, lack of adequate infrastructure, lack of funding opportunities, low rate of internet penetration, wariness of online payment, and more.

Le Maroc Digital wants to create a space for dialogue between the various players in the sector, develop a think tank for solutions, and organize lobbyist groups to implement these solutions with the help of the government and other institutions.

This project is the brainchild of the managers of ONOFF, Avito.ma, Hmall.ma, GroupeWib.com, and GROUPON. Following the success of their network, they decided to solicit memberships in the fall and hope to convince about a hundred people to join them in the effort. 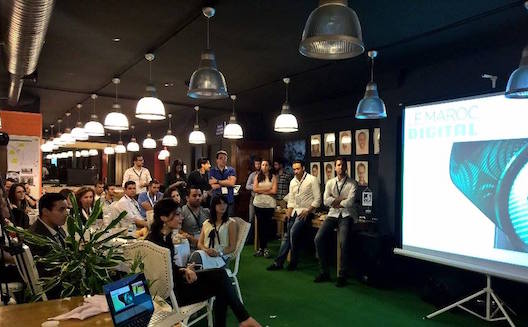 Le Maroc Digital launched at a recent iftar ("ftour" in the Maghreb).

Coming together is essential, says  Alaoui Belrhiti. "This helps us become aware that we are not alone with these problems."

The association will organize forums to brainstorm solutions for various issues.

Stakeholders will also meet to defend common interests and to work on the implementation of solutions born out of their discussions.

"There is a division for digital economy within the Ministry of Industry, Trade, Investment, and the Digital Economy, but as web players have no representatives there, it is difficult for the government to reach out to them, Alaoui Belrhiti says. “If we assign ourselves a representative at the ministry, the latter could help us find solutions and implement relevant necessary legislative components."

What is challenging here is not the lack of issues to solve.  Alaoui Belrhiti says there are three major challenges.

"The internet penetration rate [Editor’s note: internet penetartion is approximately 50 percent] is high compared to Africa but is still too low for a true digital economy to grow," he laments. This, according to him, should be addressed by working with phone operators and the government to think about solutions to democratize access to the internet.

Revenues are another major challenge. "The digital is starting to become a means of primary importance but it is still not receiving the attention it deserves from advertisers." Only three percent of Morocco's advertising budget is allocated to the web estimates  Alaoui Belrhiti who attributes that to a lack of knowledge, a number that he says is ridiculous compared to countries such as France where the web now accounts for 25 percent of the total advertising budget.

"There are very few actors who are capable of living off of online advertising,” he adds. This is why the distribution of advertising budgets must be readjusted online versus offline, while educating advertisers about the benefits of the digital.

For ecommerce companies, the major challenge is logistics, the entrepreneur believes. "Very few stakeholders take care of this aspect and we suffer from a lack of regulation of the delivery of small packages. Players like Jumia and Kaymu take care of their logistics by themselves, but not all actors have the means to do the same. "

Kamal Raggad of Hmall hopes the organization succeeds in reducing taxes in the sector as well as the transactional cost of online payment, by working with the  Centre Monétique Interbancaire (the Interbank Electronic Banking Centre),, various payment solution providers, and banks.

While the atmosphere during this first meeting was enthusiastic, some of the attendees could not hide their skepticism.

Some said that Morocco already had organizations like FNEM (the Moroccan National Federation of E-Commerce), which was frequently subject to lawsuits and controversies, and the APEBI (the Moroccan Federation of Information Technologies, Offshoring and Telecom). But the very fact that the situation has not improved and that innovative players such as Avito and Hmall have chosen not to be involved with those agencies proves that there is indeed a need for a new player on the scene.

Others expressed their reservations about the possibility of collaboration with authorities. But for Taher Alami of AbWeb, who represented the prevailing opinion, "a collective can change things" and exercise pressure in upcoming meetings with the Ministry of Industry, Trade, Investment, and Digital Economy. He noted that with the ASTEC, the Association of Technopark Enterprises, which represents 170 companies and employs 1,500 people, they were able to sit at the same table with ministers, and that what is left now is to make them adopt concrete measures.

Among dissenting voices, journalists also raised their voices noting that for them digital companies weren’t attractive and profitable enough to merit governmental interest. And it is this kind of misunderstanding and misconception that justifies the need for an organization like Le Maroc Digital.

This article was written with the assistance of Sara Kaddaoui.