It’s now possible to buy domain names in non-roman letters including Chinese, Arabic and Russian, following a major expansion in the kinds of domains that can be registered.

The Internet Corporation for Assigned Names and Numbers (ICANN), which launched in 1998 and has been active in domain name registration since 2000, now includes top-level domains (TLD) in new languages, which were adopted in the beginning of 2014.

Following the 2014 updates, initiatives like DotShabaka, an initiative by ARI Registry Services which aims to sell Arabic domains carrying the domain name شبكة. (dotShabaka), and sjjel.com have since been licensed by ICANN to sell Arabic TLDs.

Furthermore, a recent report by Wamda Research Lab (WRL) stated that internet usage in the Arab World had increased by 600 percent since 2011. The report also stated that the number of internet Arab users had grown almost 5,300 percent, and in 2013 Arabic was ranked as the fourth most-used internet language.

“For a comprehensive Arabic experience, a website’s address must be in Arabic,” Zeidan told Wamda. “And this is what we aim to achieve.” 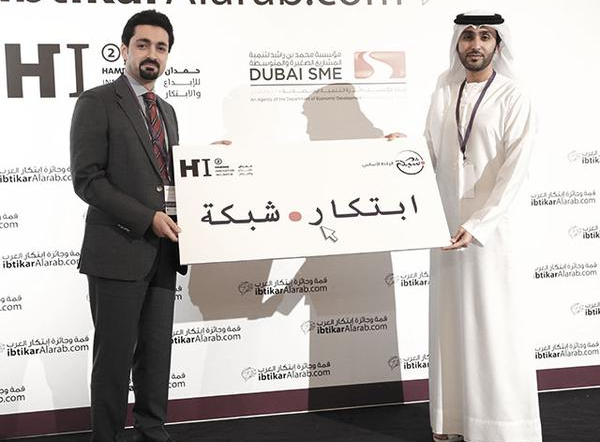 Mohammad Zeidan (left) at the launch of Ibtikar (Image via Twitter)

Zeidan said Arabic TLDs benefit Arabic content when it comes to protecting Arabic trademarks, as trademarks are usually protected in the language in which it is registered. They also help users find the trademark’s original name in Arabic, as well as facilitate SEO ranking where the website’s address matches its Arabic content.

Arabic SEO consultant and Wamda writer Wissam Dandan said: “Arabic TLDs and IDNs can be ranked normally by Google the way familiar domain names like .com and .org are. They don’t affect the search rank.”

Many challenges ahead, despite more solutions

Despite their adoption for over a year, Arabic TLDs are still not very popular.

“Clients (publishers) refuse to use Arabic in domain names, with the excuse that they are of no use to the Arabic user,” said Zeidan. “As well as the fact that Arabic is not used in most software.”

Zeidan wants his company to create a market for Arabic TLDs, despite the difficulties.

Two things that would make his mission easier are technical and legal changes, similar to the UAE’s adoption of ccTLDs.

“The usage of the ccTLD “.ae” by governmental and governmental-like institutions is imposed by the government. There now about 130,000 URLs that use this TLD. Procedures like these strengthen the Arabic language’s stand,” Zeidan said.

“The market needs to encourage users on that aspect. They will also need to remember your trademark and the Arabic URL of your site.” 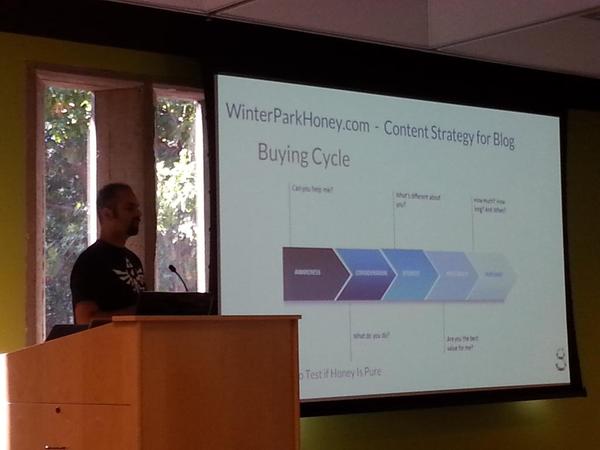 Challenges to Arabic domain names are not only market-based, where users have grown accustomed to English TDLs, but also technical. Creating Arabic URLs requires more effort and while acquiring Arabic TLDs may be easy, activating them is not.

This is why dotShabaka offers three solutions.

The first is forwarding from the Arabic domain to the original one. For example if the user accesses the Arabic URL for Wamda - ومضة.شبكة - they are automatically forwarded to the English version. The second is also forwarding but the Arabic domain remains visible, and the third is complete “forwarding” or converting to Arabic, in which case the owner would be required to design the website all over again in Arabic.

In order for the clients to not lose their data, a microsite or a landing page was designed where all the links of the site were interlinked, said Zeidan. This way, clients could benefit from “Arabic domain names, SEO improvement and websites with Arabic content”.

DotShabaka generates income from annual fees that clients pay, after registering their domain names in specialized websites, like Godaddy, and then choosing dotShabaka. So far, the initiative has 166 clients, some of them having only one domain name and others having up to 150 names, such as Aljazeera and Arabia Weather and Dubizzle.

What about startups that have Arabic content targeted to the Arab region? Must they have Arabic domain names as well?

“With regards to SEO, it is of no importance at all,” said Dandan. “But it’s significance lies in clients getting a trademark in Arabic.”

Regardless of other factors, if companies want to improve their SEO ranking, they should build it on the basis of “Relevance, authority and trust.” 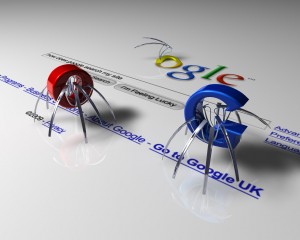 “Relevance means that you should make topical relevant page that answers the user’s query. The online authority reflects the site’s web presence on the internet, through backlinks, social media/engagement, local citations…, and trust refers to many signals that google uses on page and off page to determine how far can google trust this brand/site, like crawlability and user experience.”

Dandan concludes that the success of Arabic domain names depends on their marketing, and their usage by large brands.

As for dotShabaka, Zeidan describes it as being similar to a startup in terms of sustainability, where IRA might eventually have to shut it down if it failed to generate money.