Dubai’s classified ads website dubizzle has been acquired by OLX for an undisclosed amount. 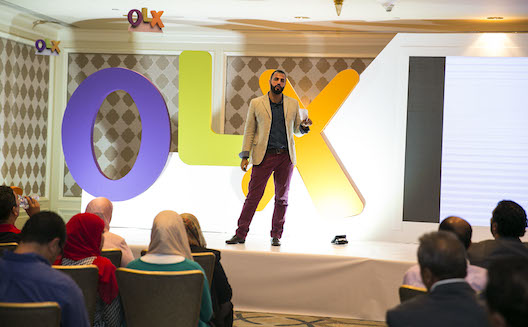 American cofounders Sim Whatley and JC Butler founded the classified ads company 10 years ago, and stepped down of their position in 2013 when they decided to move back to the U.S. They consequently sold 51 percent of their equity to investor MIH, a subsidiary of South African media multinational Naspers.

Founded in 2006, OLX is a Global online classifieds platform that is also owned by Naspers. The site has 240 million users with more than 17 billion monthly visits, and is available in 106 countries around the globe, including India, Brazil, Kenya, Poland and Indonesia.

OLX has had its sights set on the MENA region for quite some time, and, after working with dubizzle for two years, decided that now is the right time to make the move.

This was after "the studies done on all 10 of the Arabic markets showed their readiness for accepting a new brand, and that the concept of selling used possessions now has a solid ground [in the region], as certain populations of Arabs view selling used things as something shameful," said Abdallah Touqan, dubizzle’s senior PR and communication manager.

Indeed, the idea of buying and selling used goods fits with OLX’s goal of building a sharing economy.

About 40 percent of UAE’s residents visit the website, and the average visit is for 20 minutes.

Encouraged by these numbers, the company's current strategy shifted to focusing on the automobile industry, considering to be the most lucrative.

Despite the absence of clear data on the exact amount of transactions made via dubizzle in the Egyptian market (since all selling and buying are done offline), Touqan estimated the amount to be 21 billion Egyptian pounds  (about 2 billion US dollars) in the past two years.

Egypt's persistent economic struggles, with declining wages and rising prices, may help explain some of the success of the buy-and-sell concept. However, it is worth noting that OLX made a point to recruit national talent and expertise for its office, as Touqan noted that foreign recruits can never fully understand the needs of local users.

Marketing manager at dubizzle Ahmad Joehnny told Wamda that, while the company allows users free access to perform transactions, it soon plans to charge commissions on the ads placed, starting with automobile classifieds.

"Our marketing strategy is a 360 degrees strategy, where we have aggressive campaigns on social media, as well as TV and radio commercials and street billboards. [This is] to guarantee our reach to all segments of the population," he said.

With online payments still an issue in the region, Touqan told Wamda that dubizzle's business model will not evolve into a traditional ecommerce site.

"We will never change our model or our track, and we will not expand to online payment,” he said. “We will continue posting online, with the payments being offline."

How has the investment ecosystem evolved in the region?

"A global company's acquisition of an Arab company may just be something typical in the entrepreneurial sector, and it does continuously happen during the exit strategies of many founders," commented Mohammad Khartabil, cofounder of Arab Affiliates summit and Founder of ArabyAds. "In the last few years, we have heard of global companies investing large numbers in ecommerce and online portal advertising companies of the region."

Khartabil believes that Arab markets have become magnets for international investors, with Egypt as "one of the most important Arabic markets in the ecommerce sector right now".

He noted that OLX's acquisition is "a turning point in the region's flow of investments, especially that it comes from a global company that is entering that Arabic market for the first time, and now has offices in 10 countries all of a sudden."