Manufacturing is one of the final obstacles for hardware startups and it can be a rage-inducing affair.

Flaky suppliers, the belated realization that crucial parts aren’t easily made or found, and the huge cost of a defective product run could spell the end of a small, pre-revenue company.

As such, getting the right advice and help is essential, as the founders of two Lebanese startups explain to Wamda.

Tip: US-based PCH and Bolt are startup-friendly manufacturers/advisers, while HAX Accelerator, Hardware.co, Buildit, R/GA Accelerator, Labix, Lemnos Labs, and Highway1 are a handful of the hardware accelerators springing up around the world.

For Instabeat founder Hind Hobeika it was a struggle from start to finish. She learned the hard way during two years of trial and error about how to get the manufacturing process right.

Both used a contract manufacturer to manage outsourced components, rather than hire an agent or manage every individual factory themselves.

After two years of developing a prototype that would measure real time heart rate, stroke rate, pace and lap numbers, among other things, in April 2013 Hobeika was ready to start manufacturing.

“I think my biggest takeaway from this is to make sure you test [with the manufacturer the process of building the finished product]. Testing in this phase is so important, and it’s something we underestimated,” she said.

Working with a manufacturer in the US who had China-based suppliers, she asked a lot of questions but later realised her criteria was based on challenges she’d had in prototyping – issues that manufacturers would not necessarily struggle with.

Tip: Work with manufacturers early in the prototyping phase.

She tried to find a manufacturer who’d worked on waterproof products, but what she really needed were people who understood flexible plastic technology. 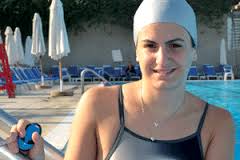 She ended up working with a manufacturer who was working with flexible plastic for the first time – a process that’s more challenging than it sounds.

Hobeika (right) wanted the plastic to be injected directly over the electronics so it was completely sealed and waterproof. It took several tries to find a plastic formula that was flexible but not flimsy, and then to find a way to inject it into a mould without burning the electronics.

“If we’d known that making something flexible is very hard we would have made one part flexible instead of the whole thing,” she said.

Tip: Choose an established manufacturer with a track record in building the kind of technology you are.

The final straw was in January this year, when one of Hobeika’s crucial suppliers – the factory that injected a protective resin over the electronics – dropped her, saying it was too difficult.

Instabeat had already been shipped to several hundred first customers in 2014, but Hobeika saw the latest set-back as a red flag: she switched manufacturers.

Hobeika’s design is “super complicated”. It’s flexible, provides real time data and is waterproof, and the manufacturing technique of creating one single piece of plastic rather than mould the outer in two halves, has since proved difficult even for major product makers.

Tip: Make sure the manufacturer agreement is structured so you don’t have to pay for repeated product defects.

Nike’s Fuelband and Jawbone, both pioneering the technique at the same time as Hobeika, have both had public struggles getting the process right.

“You really put the price of a mistake,” Hoebika said. The drawn out process cost Instabeat “in the few $100,000s”.

Today, Hobeika is slowly shifting her whole process over to a new manufacturer and cranking up her production.

Slaibi and Jalgha, both musicians took a different route to develop their stringed instrument tuning device: joining the hardware-focused HAX Accelerator in Shenzen in late 2013.

Jalgha said they had mentors to help with the development process, access to every prototyping tool an entrepreneur could hope for, and were located in the middle of one of China’s biggest electronics markets. “We learned in three to five months in China as much as we learned in two years in Lebanon.” 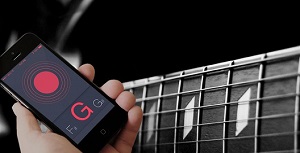 Ordering parts took days and cost a couple of bucks instead of weeks and upwards of $20, as in Lebanon, and the pair were making a new prototype almost every week of their four month stay.

“Prototyping and doing lots of iterations on hardware is almost like software,” Slaibi said.

Tip: Keep your components simple. Choose your top five most important parts to customize and leave the rest.

Their time in the accelerator meant they could find and develop on-the-ground relationships with local manufacturers, but that didn’t mean that once they reached the making stage it was all easy.

The pair chose the all-important circuit board assembler as the one which would manage the process for them and assemble all the parts into the finished, boxed product.

Tip: Never plan a big production run on first try as there will definitely be issues with the product and process.

The factory promised to have the first run done in two weeks, but when Slaibi and Jalgha returned nothing was finished: a much larger order had come in and their small first run had been ignored. 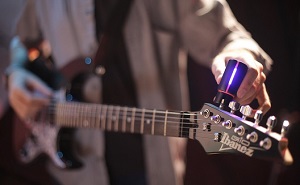 So they had to switch the contract manufacturer, a process that involved hourly phone calls and much yelling, to the plastic injection factory in order to build and ship 2000 devices to 55 countries in a few days.

“That turned out to be much, much better because they were smaller scale, they wanted us as clients, they were much more lean and willing to go the extra step,” Jalgha said.

Since then they’ve had three product runs, the last two improving on the process, and been in full production for almost a year.

Tip: Your relationship with your key manufacturer will be one of the most important. Make sure it’s a good one.

*Edited to include comments by Cyril Ebersweiler.