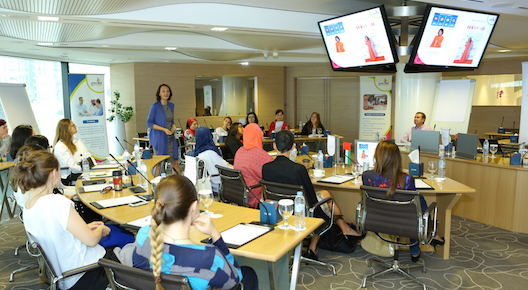 Women are driving entrepreneurship in the UAE, and the people behind the Ro’Ya competition intend to keep it that way.

Early last year, MasterCard partnered with the Dubai Business Women Council (DBWC) to launch the program, which aims to mentor female entrepreneurs in the UAE.

Ro’Ya – which means ‘vision’ in Arabic – offers coaching to existing and aspiring businesswomen as well as the chance for applicants to win funding for their company.

It exists for good reason.

Women account for nearly 50 percent of the SME sector in the UAE and 48 percent of those are the sole owners of their firms, according to the country’s Ministry of Economy.

“With such a high rate of female success, we wanted to create an environment through which we could further foster talent,” said Nadin Halabi, DBWC business development manager. “Both DBWC and MasterCard want to encourage female entrepreneurs to be confident in pursuing their ideas.”

Currently in its second season, applications for the competition closed in May. Finalists will attend workshops and coaching clinics and the top three walk away with a cash prize: $50,000 for the winner, and $30,000 and $20,000 for the first and second runners-up respectively. Winners from this round are due to be announced in October.

“Funds are used towards initial startup costs,” said Natasha Jamal, VP of communications MENA at MasterCard. “We will connect the top three winners to our partner VentureFin to participate in a six-week accelerator program scheduled to begin in November.”

What does Ro’Ya bring to the table?

Much needed support and partnership.

“Current and former participants have commented on the value of the step-by-step informative approach in building their confidence to achieve their business goals,” Jamal said, as well as the chance to network with “like-minded entrepreneurs” wanting to move in the same direction.

Nadia Wehbe is the founder of Baby Arabia, a children’s creative language program offered in Arabic, Spanish and French.

The half-British, half-Palestinian/Lebanese entrepreneur set up her company after discovering a lack of mother and baby groups in Dubai that encouraged the use of other languages besides English. 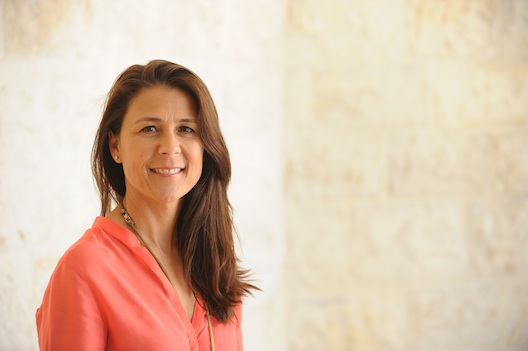 "As a child of mixed-race parents and being married to a European, I felt I needed the support of a community to introduce Arabic to our then first son.”

Wehbe, the sole owner of her company, was recommended Ro’Ya by a friend.

“As an entrepreneur no one pays for my training; I saw Ro’ya as a brilliant opportunity to help me learn about how to expand my business, and see what I was and wasn’t doing,” she says. “It was such an opportunity… the guidance and support was great. It was like taking a business course, but one that was completely tailored for my needs and my business,” she said. “The ladies who participated were so supportive.”

A year on and Wehbe has a potential partnership in the pipeline. She said Ro’Ya helped her see the “bigger picture” of her business and plan accordingly.

She said developing the program, creating new products and workshops, and even trademarking Baby Arabia were a few new business streams.

So what tips would she have for future applicants of Ro’Ya?

“Think about what it is you truly want to achieve and use Ro’Ya to see how you can make that happen. It’s not just about the win.

“Learn as much as you can, see the viability, ask questions and take the help offered, then present a well thought out plan that you believe in.”

As the 2015 edition of Ro’Ya wraps up, those interested in signing up for next year’s competition should stay tuned to the official website for updates.

But before entering, is Ro’Ya really for you?

Jamal concludes with some words of wisdom:

“Our top tips for future applicants are: one, be open-minded. Ro’Ya offers the rare opportunity to get feedback from so many different types of people, whether it’s fellow competitors, established startup directors or corporate executives.

“Two, be passionate. At Ro’Ya you’ll be pushed to take a deep dive into your own business idea and analyze it from every angle.

And finally: “Be committed to the program. We put a lot of thought into our workshop to ensure that we are providing you with all the tools for success. Ultimately the ball is in your court; the more you put in to each session, the more you’ll get out of it.”