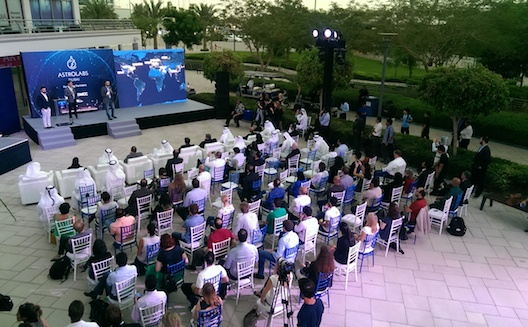 AstroLabs audience during the launch. (Images via AstroLabs)

Just over a year since AstroLabs first announced they would be opening a coworking space with Google in Dubai, the location is finally open.

The launch, which took place Monday at the Jumeirah Lakes Towers, is the culmination of the company's partnership with Google and DMCC (Dubai Multi Commodities Center), which aims to support startups from all over the world, helping them grow and expand.

According to cofounder Muhammed Mekki the space now has 40 startups from 27 countries, with startups like Little Thinking Minds, Eventtus, Chomp, ImpressMe, Air Crew Club, Visage and Toiran making it onto the list.

Resident companies told Wamda about how AstroLabs is providing a coworking space where entrepreneurs can benefit from each other's expertise, because, as they said, all entrepreneurs face the same problems and challenges but on different levels.

AstroLabs, said Mekki, is looking for startups that plan to expand outside of Dubai. "We are based in Dubai," he said, "and we make use of all the services and infrastructure there, but we also want to benefit the world."

The space structure allows for cooperation between the startups, where the spacious and comfortable space operates on a first-come-first-served basis. Meeting rooms, offices, a cafeteria and a "Google lab" are all available. "You feel comfortable because of the designs and studied colors," said one of the entrepreneurs. “You don't feel like you're at work, you feel like you're home." 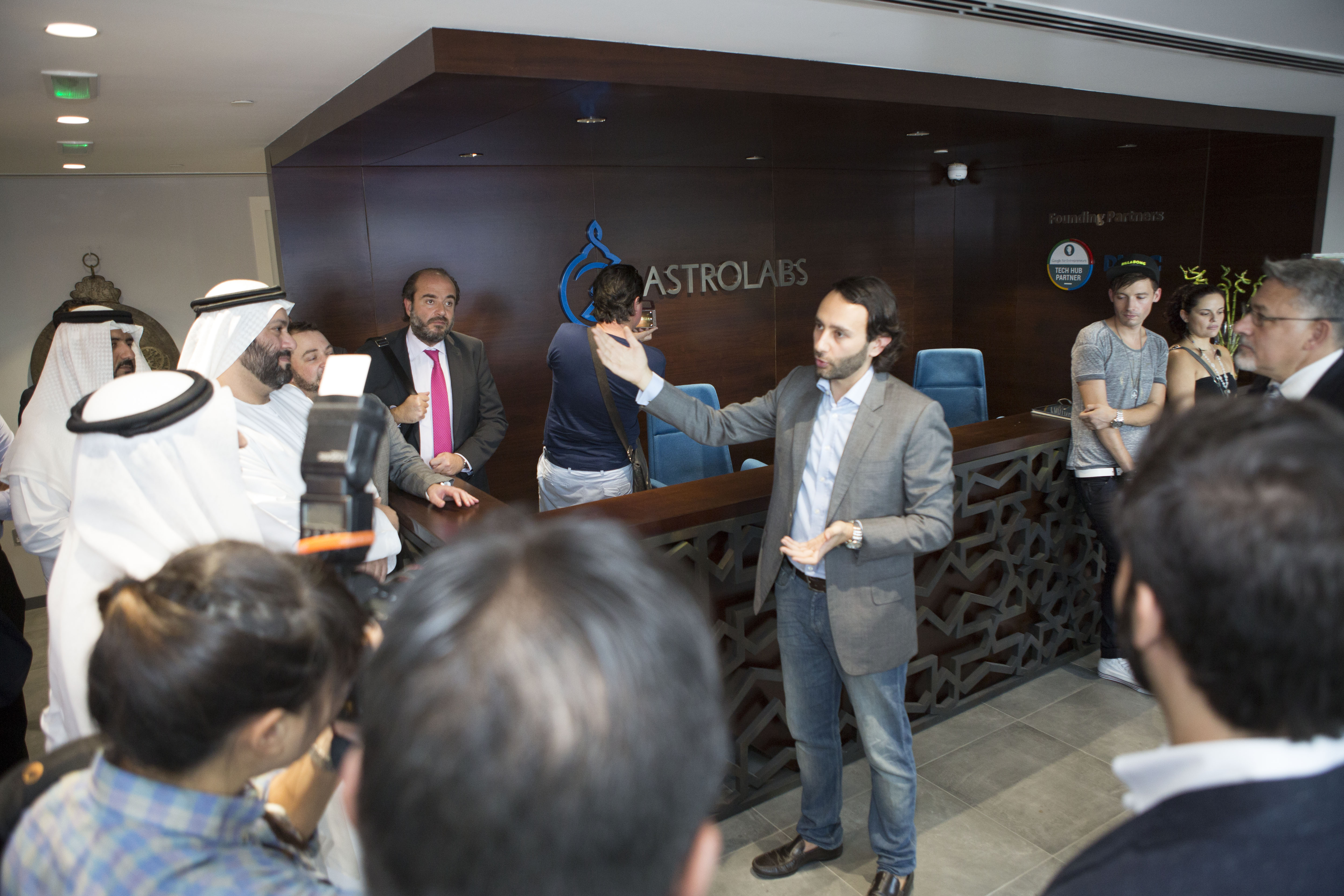 Louis Lebbos takes the audience on a tour.

The tech hub's name was inspired by an ancient device the "astrolabe", Mekki told the audience. Used in the ancient Arab world, the astrolabe had multiple uses, from navigation, astrology, distance tracking and time telling.  So it was in no doubt symbolic of the founders' desire to aid in Arab culture, innovation and entrepreneurship.

Cofounders Mekki and Louis Lebbos wanted their space to fill several gaps in the entrepreneurship sector. With DMCC as a partner, the hub now facilitates logistical and legal procedures for entrepreneurs, such as company registration.

Where the partners come in

Executive chairman of DMCC Ahmed Bin Sulayem told Wamda how the free zone started as a small office 13 years ago. Gradually it has grown to become one the largest free zones in the UAE, in an area which, having been a desert, now hosts several companies.

When he met Mekki and Lebbos, the chairman felt they all had one thing in common: the future of innovative services. "We're here to provide services, help and support," he said. "We're also here to learn."

Mohamad Mourad, managing director at Google MENA, echoed Grunwald's opinion. To Mourad, innovation is "inventing plus entrepreneurship", something he says is very difficult. "The significance of AstroLabs and Google lies in facilitating [this] mission through offering logistical services, and communicating with colleagues and mentors and learning more about technology and users," he said. "Especially in the Arab area, which has 200 million internet users, and hence a big demand on content and technology."

AstroLabs does not just offer a coworking space for entrepreneurs, but also several packages. The space also has an academy that organizes workshops and courses in "digital skills for a knowledge economy".