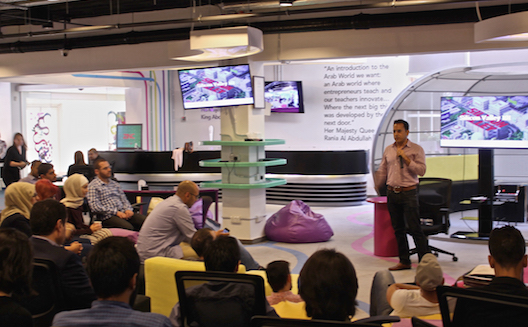 Despite the near mythical status it enjoys worldwide, there’s nothing inherently special about the creation of Silicon Valley. That’s at least according to Sharif El-Badawi, TechWadi’s head mentor and partner lead to VCs and startups at Google.

“It has nothing to do with the type of minerals in the Earth or the water that we’re drinking over there,” El-Badawi said. “It can be done anywhere.”

And TechWadi, a US-based non-profit, is aiming to make the Middle East one of those places.

That’s why on October 18-19, the TechWadi Roadshow touched down in Amman, Jordan, the first stop on a 10-day tour designed to facilitate regional entrepreneurial growth by bringing Silicon Valley mentors to meet with budding startups across the Middle East. They were also in Beirut October 24-25.

“It’s very hard to build an ecosystem, but as we’re starting to see in MENA, we’re getting the components,” El-Badawi said. “There’s no reason that a startup founded here can’t do the exact same thing a founder in Silicon Valley is.”

In Beirut,  at the UK Lebanon Tech Hub El-Badawi gave talks on strategies for going to market and how best to approach a VC; while Ramy Adeeb shared his startup story, from losing $12,000 in a stock market crash, to selling his company to Yahoo!

In addition to El-Badawi, mentors at the Amman event included Marwa Mabrouk, product manager at Google and Youtube; Ramy Adeeb, founder & CEO of Snip.it (which was acquired by Yahoo!); Marc Percival, serial entrepreneur/director of engineering, Snip.it; and Olivia Vagelos from Stanford’s Design School.

Here’s a couple of the key takeaways from TechWadi’s stop in Amman:

The global playing field is being leveled

“There’s an exponential acceleration happening in technology in general; that’s one of the things we’re really excited about in MENA,” El-Badawi noted. “You can skip generations.”

The tech pioneers in Silicon Valley had to learn things the hard way. Emerging tech ecosystems like MENA don’t have to start from scratch—the basic technology and the foundational knowledge already exists. 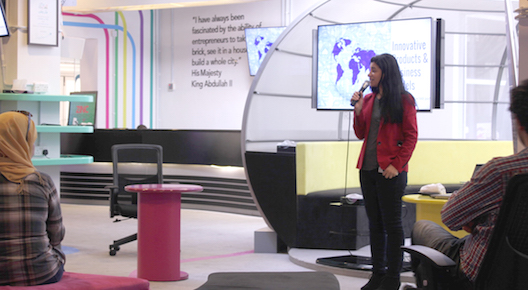 Despite the existence of the basic components necessary to establish a tech hub—like accelerators, incubators, tech working spaces, and improved IT infrastructure—one thing that has plagued startups in the MENA region is unreliable access to capital.

But during a Q&A session with Emile Cubeisy, a venture capitalist from SiliconBadia, it was suggested that this particular barrier is being torn down.

“You have to think of investors or venture capital firms in the region today as entrepreneurs themselves,” Cubeisy said. “We’re figuring things out just like every one else. In many ways we’re a first generation.”

And like the MENA startup ecosystem overall, the funding ecosystem is growing and expanding alongside at the same time.

“There are twelve-plus $50 million dollar [capital] firms in MENA. That just happened, this year,” said El-Badawi. “Six-months ago, eight-months ago that didn’t exist.”

MENA is a unique market that needs local pioneers

Despite being comparable in size to the United States and European markets, MENA offers unique problems for entrepreneurs.

“It’s not like being in the US, which has exactly the same population,” said El-Badawi. “People don’t see it that way because it’s disjointed, it’s heterogenous, there are borders, employment problems, IT problems.”

It’s a market unlike any other in the world, which creates problems without clear precedents.

But this circumstance also breeds opportunity, and one that outsiders aren’t equipped to take advantage of.

And that might be the most important takeaway from the event.

Even though the building blocks are in place for a Silicon “Wadi” in MENA, and organizations like TechWadi are stepping up to facilitate growth, unlocking its true potential will come from within.

“It’s a challenge that has to be solved by people from the region,” said Cubeisy.

For more information, visit TechWadi’s website. In addition to Amman and Beirut, the roadshow visited Cairo, and will this week be in Dubai.