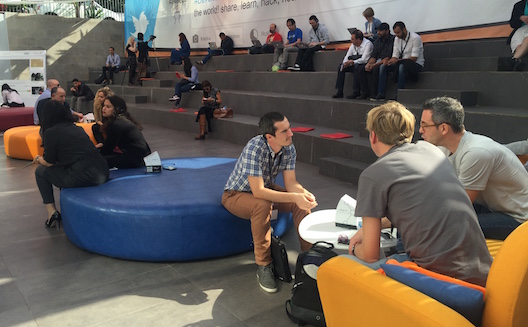 I heard entrepreneurs voice a familiar complaint on a recent Monday evening at New Work Lab.

Where are Morocco’s knowledge-hungry, risk-taking web developers and engineers?

On Tuesday I had the pleasure of meeting such developers at the artsy Villa des Arts Vivants in Casablanca. It was the  first edition of Devoxx Morocco.

The program was ambitious. More than 100 discussions were organized over three days. Some focused on technical questions – for example how to leverage the open source community – others focused on trends, like the future for writing – and some were dedicated to entrepreneurship.

Devoxx's team - joined by the team from the developers conference Morocco JUG - had the not-so-crazy dream of introducing developers to the startup world, and to convince them to jump in.

Devoxx Morocco puts on a show

The event showed that Morocco can host an international, interactive, quality tech conference, and the opening keynore was proof. Cofounder Badr Elhouari entered the room on a motorbike and continued with a show in English that one usually only sees in the US. 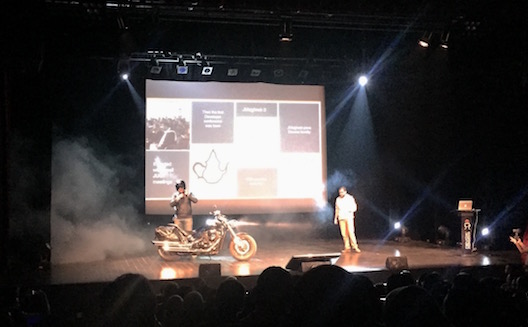 Some European companies sent their employees there, partly to benefit from cheaper airfares than for the European Devoxx events, and to enjoy Morocco’s weather.

If most participants had already heard of startups, few really dug into it.

“Some students don’t even know the name. I don’t know the principle, but I’d like to know more,” said IT student Meriem El Majdaoui. “If I like it, why not work at one?”

Part of the audience attending the differents talks entrepreneurs gave - students, professors, professionals – came by luck or curiosity. This meant that more developers were paying attention.

All the talks had the same objective: present the startup way of thinking and working, and to share experiences.

Zakaria Ghassouli, product and business development director at Avito, introduced the concept of the pivot: launch fast, test, and adapt.

Yassir El Ismaili El Idrissi, Careem's country manager in Morocco, focused on growth hacking and the importance of measuring everything.

Heather Wilde, one  of Evernote’s first employees, highlighted the common points between “unicorns,” startups with valuations of over $1 billion.

Who will join a startup?

Some startups came to hire developers. 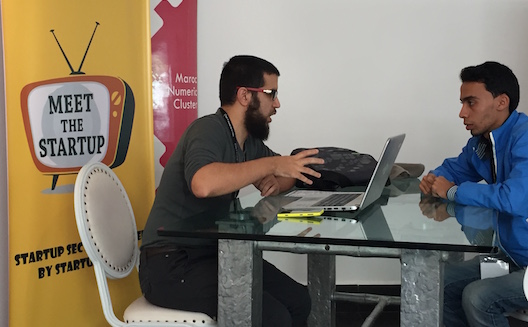 That’s why, like some other entrepreneurs, he joined Startup Maroc’s speed recruiting session at lunch time.

“People who come her are really passionate about tech,” he continued.

That passion is probably the most important and hard to find attribute in Morocco.

"Without an event like this, we’d have had a hard time,” said Sadouk Abdeljalil of Societall, a a social network for good actions.

Roughly 60 people applied. Of the 20 Lakhdissi and his colleague met for five minutes, four will get a second interview.

Most developers who applied never thought about working for a startup before the Startup Maroc team invited them to speed recruiting.

For them, it doesn’t matter if they work in a corporation or a startup.

“What they’re interested in is learning and developing new skills,” Sadouk continued.

“It’s better to work in small companies. We learn more both on the personal and technical side,” said Hamza Ghannam, an IT student, before adding that not many of his classmates think like him.

Further, a team of four with a tech background, showed their geolocalized shopping app, Laffère.

Slowly but surely, developers are coming to startups.