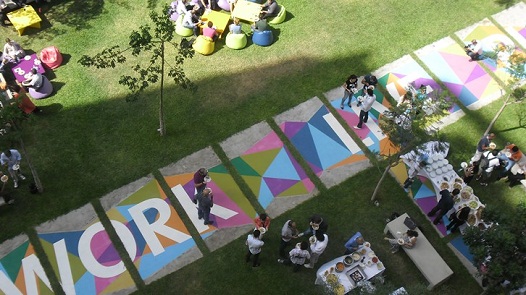 The green grass of innovation. (Images via BDD)

2015 was a busy year for the Beirut Digital District (BDD). There was the launch of the UK Lebanon Tech Hub and other facilities, and the hosting of key ecosystem players such as Uber, Arabnet, MIT and Diwanee.

"2015 was a big milestone since the creation of BDD," said Mouhamad Rabah, general manager of BDD’s key investor and manager, ZRE.

Rabah is proud of two accomplishments this year: the addition of two new buildings to the development and the creation of the UK Lebanon Tech Hub.

This year more than 10 startups joined the BDD including ScoopCity and Nymgo.

"You feel that, for the first time, the ecosystem has picked up and a [hub] has been created," Rabah told Wamda. "Suddenly everybody's feeling the community, the added value of being next to each other and connecting from the same ecosystem." 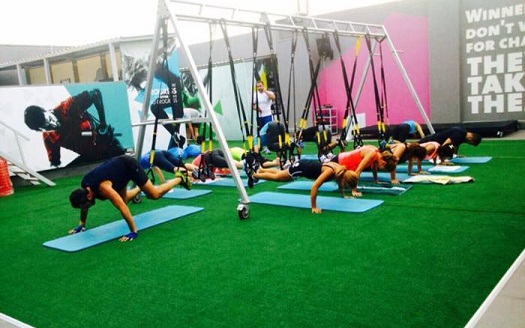 He believed the creation of a cafeteria and a garden was essential for boosting a community feel for the startups, as well as the new gym facilities.

The original 2015 plan for the BDD was to also include residential facilities, an auditorium and "major share facilities", but these were pushed further back and segmented into little projects.

Rabah said partnerships “were instrumental” in building the new facilities, such as the new cafeteria.

ZRE initially launched and ran the cafeteria but the results weren’t up to standard.

"We weren't happy with the quality we provided for our tenants," he said. "We thought this is not our core business, we should bring someone whose core business was [food and beverage]."

Cafeteria manager Mazen Nabhan told Wamda that he’d worked in bigger companies before and the BDD was more of a family environment.

“Everybody knows everybody, and this is very good for business,” he said.

The same partnership rationale will be followed in future projects as they don’t want to compete with potential clients, but to collaborate.

“The ecosystem will grow much faster if entrepreneurs and companies and institutions would collaborate and not compete."

The situation is certainly affecting other startups, where cash flow, bootstrapping and delays are common problems.

Bureaucracy and unforeseen taxation are another hurdle, where taxation on investments "makes investments a burden".

"There are always unforeseen delays like this that limit cash flow," Rabah said.

Rabah said cash flow could be a problem for ZRE as the decrease in return for investments limited their budget for collaboration with startups. 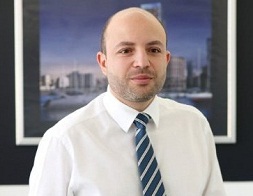 "We see many startups being created, and a lot of them are looking for support and sponsorship for many events, but there is a limited number of collaborations that we can do."

This year ZRE became the first company in Lebanon to receive a fiber-optic internet connection from the Ministry of Telecommunications, to their BDD office. This privilege should have been awarded to all of BDD in 2012, but Lebanon, of course, is no stranger to delays.

"We've started applying for the other companies in BDD to start [receiving connection]" said Rabah. "Unfortunately it's taking time."

Wamda spoke to several startups, who said they were all keenly awaiting the arrival of this service.

“[Fiber-optic] network was one of the reasons we moved to BDD,” an employee form Diwanee told Wamda.

It looks like 2016 will be just busy as two buildings of around 4,000 square meters in total will be added to the five existing facilities in Beirut.

Work on a third building will begin by the end of 2016. These facilities will allow the addition of 10 to 15 companies.