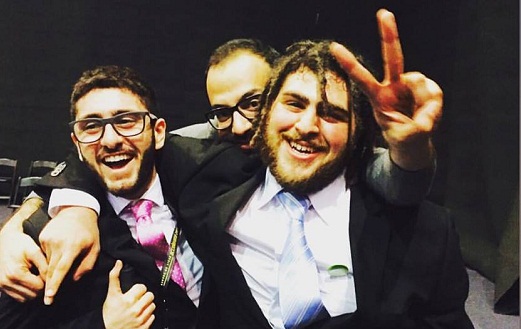 Competing for a $10,000 prize startups hailing from countries including Spain, Italy, Iran, and the UK were left in the wake of Lebanese startup ReAble, who came in first place.

"I think it's great that you see Lebanese startups competing with international startups that, inevitably, have more access to funding, markets and opportunities," said judge Tara Nehme, one of four judges for the first round.

ReAble is an e-wallet app that helps people with cognitive difficulties manage their finances. They are already operating in six care centers between Lebanon and Canada with a total of 3,000 patients.

So stiff was the competition that they found themselves in a tie with Krimston, a startup that works on 'dual SIM capabality', enabling users to have two SIM cards in their smartphones, along with hotspot connectivity, and the transfer of bank account details. As the Lebanese startup received the same score as ReAble, it was up to the audience, who roared for ReAble, to decide who walked away with the trophy.

"People with autism don't actually understand the concept of money," said cofounder Emile Sawaya, whose own brother is autistic, in his pitch. "We have worked with over 30 psychologists and six autism centers to ensure that our application is accessible to people who need it the most."

ReAble charges autism centers $6 per month per user, and $5 a month for independent users. 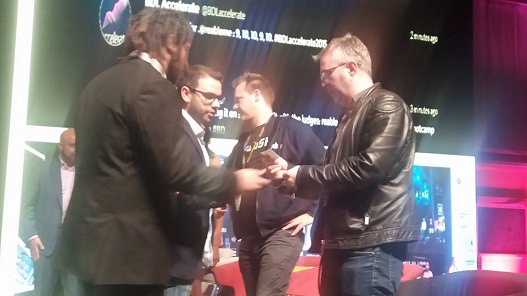 The judges loved it

Mike Butcher, editor-at-large for TechCrunch, was impressed with the app. "It’s a really good product, and it’s interesting because I haven’t seen anything like this," he said.

Butcher also advised the team to later focus on marketing the app directly to users instead of partnering with centers.

Along with ReAble and Krimston, three other startups were qualified to re-pitch on the second day: TopHatch, an app for creative sketching on iPads; ChefXChange, an app that pairs prefessional chefs with users seeking a culinary experience in their homes; and Altitude, a startup enabling global in-flight connectivity.

It is safe to say that the judges, who were expecting a show, gave as good as they got, with Finnish entrepreneur and judge Ville Miettinen founder and CEO at Microtask, playing the Simon Cowell of the show.

"This is one of the worst pitches I've ever heard," he said in response to Altitude's pitch. "And please change your graphic designer."

Altitude cofounder Ali Rohafza, who took it in good spirit, later confided to Wamda that "they told us it was all part of a show for the audience”.

ChefXChange and TopHatch, on the other hand, were spared any offense and generally received better evaluation.

"The world needs a new set of creative tools that are powerful, accessible and easy to learn," pitched TopHatch founder Ben Merrill.

When asked about possible competition from Apple design apps, Merrill replied that Apple doesn’t typically go for verticles like this. "Our main competitors are Adobe and other [software] designed for technical sketching, as opposed to general creative sketching like [apple design app] Paper.”

What stood out in the remaining 17 competitors?

One aspect of the event that raised some eyebrows was the huge gap - in revenues and expansion - between some of the competitors.

Egyptian ecommerce startup Edfa3ly, for example, said they had succeeded in making $15 million in revenue last year while other startups, such as the not-yet-launched Petriotics, designs pet supplies and other products.

"You don't need us with $15 million," one of the judges joked with Edfa3ly, to which the founder candidly replied that he was "here for exposure".

Several of the competitors were social entrepreneurs determined to tackle some of the global issues of today, such as lack of access to education, refugee job crisis, trash crisis and psychological problems.

Arabic-teaching platform NaTakallam matches Arabic language learners from around the world with Syrian refugees to practice learning Arabic for a $15 an hour fee. When asked whether they planned to expand to other languages, pitching for the app was Michael Battalia, who said that, aside from their having a large market, they were very keen to keep their “humanity bend".

Other social startups included Germany’s Binee, a recycling startup that links a smart bin and an app; and Egypt’s Shezlong, an online psychotherapy clinic. 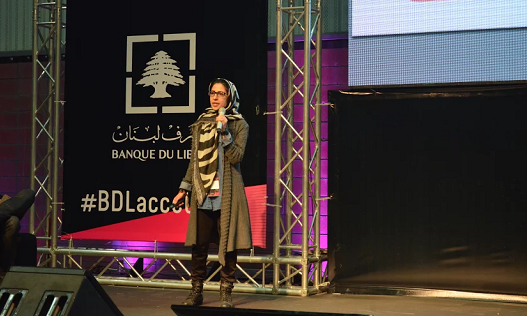 Paravanehart cofounder Maryam Erfani pitches to the judges in day one. (Image via Antoine Abou Diwan)

Iranian art platform Parvanehart, has ambitions to be Etsy for the Iranian market, but for the moment is only in Persian, something of a worry for judges.

However, they are still on the edge of a huge market. "There is a big emerging [ecommerce] market in Iran that is worth $144 million, plus a $750 million related to export and import of artisanal products," cofounder Maryam Erfani pitched to the judges.

Launched a few months ago, the platform is in Persian only and has 250 users registered with 50 items sold.

The full list of the startups can be seen here.