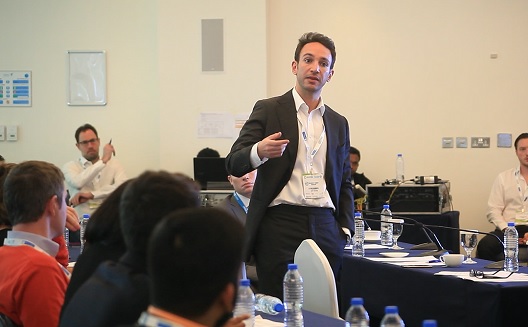 Catalyst advisor Mohamed Hamdy holds forth on what he'd like to see from startups wanting to enter the accelerator. (Images via Wamda)

Entrepreneurs are expanding the concept of the on-demand economy in the Middle East to sustainability issues.

LoadMe, Boxit, MyCars and OwnCar pitched their version of an on-demand product to a panel of judges from BP Ventures, Masdar, and Masdar Institute, alongside other ideas including a web tool to manage natural resources and an efficient cooling system for mosques.

The startups were pitching for up to US$50,000 in funding and mentorship.

The judges, Masdar Institute VP for research Steve Griffiths, BP Ventures head Issam Dairanieh and Catalyst advisor Mohamed Hamdy, were all looking for idea-stage startups that would benefit from The Catalyst, the first startup accelerator in the Middle East focused on sustainability.

The Catalyst – a partnership between Masdar, Masdar Institute and BP - was launched with US$5 million in seed funding from BP in November 2015 during UAE Innovation Week.

As a corporate-backed venture and a ‘vertical’ accelerator, it will focus mostly on the cleantech vertical, reflecting a regional shift towards more sector-specific support entities and financing.

“Investment in cleantech has been a difficult field,” said Dairanieh. “People have scars. People who put money in in 2006 have literally lost their shirts right now.”

Masdar Institute’s Griffiths told Wamda that the accelerator, and the startups that participated in the pitch, represented an important step in efforts launched by the Masdar Institute-MIT partnership to develop a stronger cleantech ecosystem in the region.

Entrepreneurial ecosystems usually take decades to flourish, with the original entrepreneurs acting as mentors and investors for the next generation. In order to support its transition to a knowledge-based economy, the UAE has needed to fast-track this development. One successful approach, according to Griffiths, has been to involve large companies in creating environments conducive for startups to mature.

The 10 participating startups faced an intensive round of questioning, exposing the new entrepreneurs to the strengths and weaknesses of their ideas.

The judges’ questions focused on the competitive advantage of each startup and how the entrepreneur could protect his or her business from being too easily displaced by new entrants.

Catalyst Advisor Hamdy said he was able to evaluate whether the entrepreneurs really understood the market drivers during the roundtables that followed the formal Showcase. He advised the participating startups to think about how they might use software to protect their hardware from being commoditized.

The winning startups – which will become the first cohort of The Catalyst - will be decided in the coming weeks. 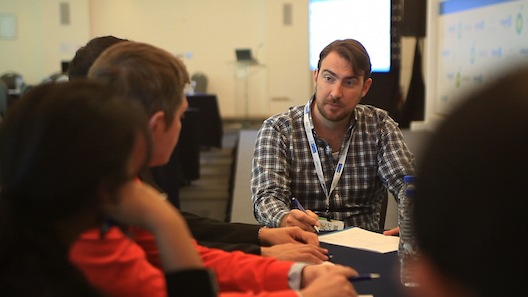 Will Hutson, founder of LMTD, during one of the sessions

The winning startups – which will become the first cohort of The Catalyst - will be decided in the coming weeks.

Mahali: A true idea-stage concept, Masdar researchers Lina Yousef and Mona Al Marzooqi presented an online platform and app connecting UAE farms directly with consumers. Dairanieh wanted to know if they would function as a link between the two, or could expand into logistics and connect farmers with supermarkets.

Yousef said afterwards they would be further refining the idea to work out what their core function would be, before moving ahead with actually starting the business, but they aimed to add seven more farms to their current three within the next year.

LoadMe: Sebastian Stefan’s ‘trucking on demand’ startup is already functioning, with 3,000 companies and 6,000 trucks signed up. Plus a month-on-month growth static at 40 percent. The site matches empty trucks with companies that need transport; LoadMe matches between 30-60 customers a week.

During the roundtable session on scaling, Stefan was advised to link up with FlexPort, a company doing similar things for shipping, in order to be able to provide a truly regional player.

Boxit: Premlal PK’s on demand storage service sells boxes, rather than whole sheds. He charges $6 per box per month and $10 delivery, and said margins on these prices were 50 percent and 10 percent respectively.

He was actually looking for $500,000 investment, to finance plans to expand outside Kuwait, and said in response to the question on competitive advantage that the data collected from customers could provide analytics which would serve as the moat Hamdy was looking for.

OwnRide: Imran Syed presented this idea which has, in fact, been tested before with at least three startups in the US and Australia currently rolling it out. Ownride wants to enable peer-to-peer car lending, where the owner of a car effectively rents their car to a stranger.

The key question from the judges was insurance, which Syed said was not an issue in the UAE as comprehensive cover is over a car, not a driver, but admitted the model would have to be tweaked to expand outside.

Next Automated Robots: Nicholas Zaatar and Charles El Khoury’s fire detecting drone confused the judges a little. The autonomous drone is designed for monitoring and their initial market is the $30 billion wildfire monitoring industry. Using thermal and optical cameras the $20,000 drone can detect and relay information about wildfires immediately, with alerts sent to a mobile app.

Dairanieh pressed Zaatar on exactly how the drone was controlled, but the entrepreneur demurred saying only that they gave messages to the flight controller via a “brain”, a mini-processor with autonomous capabilities that communicates, using a certain protocol, with the flight controller. 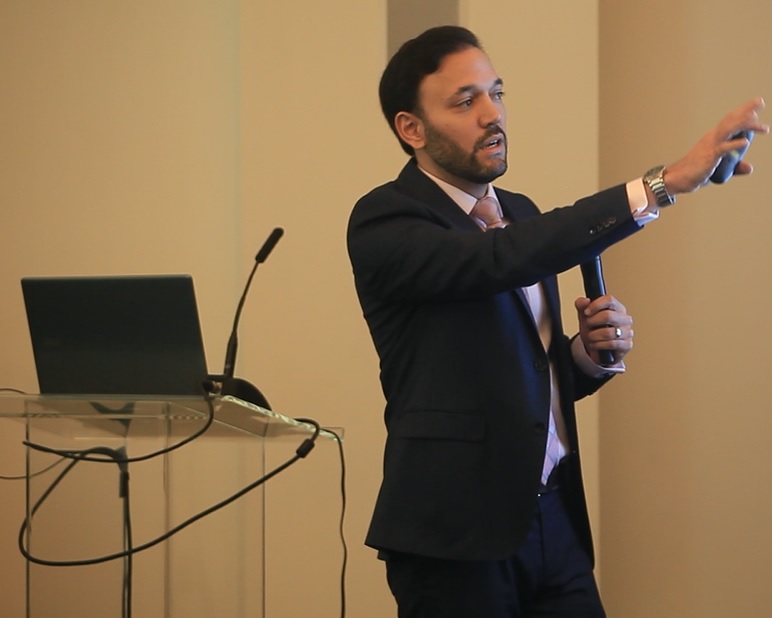 Al Jaith: Fitbit for camels was how Saeed Al Nofeli described his product. He’s trying to modernize the camel racing industry by using hardware and analytics to measure and optimize camel training.

Not strictly a startup around sustainability, Al Nofeli’s niche product didn’t draw as much interest from the judges as it did from those watching. He said the idea had legs though, with camel feed companies and friends in the industry keen to get in on his beta testing - anything to get an edge in the increasingly competitive sport.

Foreseer: Grant Kopec presented the most polished pitch of the day. His startup, based out of Cambridge university in the UK, was based on research funded by BP and was a web tool to better manage natural resources. It used open data sets as well as proprietary information provided by clients to visualize energy, water, and land resources futures.

It was Kopec’s first formal pitch event and he later said the questions around how he’d scale the business model past the first two clients - BP and Abu Dhabi’s water and energy regulator - was useful food for thought.

MyCars: Ben Pullen fronted his startup, an adaptation on the rental car sharing concept but with the twist of using electric cars. Pullen said they had two rental agencies keen to partner and wanted to include electric cars in the fleet as a way to drive demand: with no dealership offering fully electric cars yet, his team wanted to give people a chance to experience them in order to drive bottom-up demand.

The judges queried their 2018 $10 million revenue projection, although it was based on similar companies in the UK and US, such as ZipCar. They also asked whether the team had thought about how they’d go about setting up car hubs - they had.

SmartMosque: The charismatic Talal Rahwan explained how although the UAE spent $100 million on its 7,000 mosques last year, none of that was on potential cost savings. SmartMosques is a Nest-like thermostat designed specifically for the unique usage of mosques to manage cooling.

The judges were keen to know how might the business model work? Rahwan’s pithy response was “it’s basically to charge them more than what it costs us”. He was also asked about why mosques couldn’t just get a normal smart thermostat system, and what kind of costs and revenue projections the business might have.

El Noor Geh: Essam Maged and Mostafa ElKhouly struggled to explain the core business proposition to the judges, focusing instead on the awareness side of the entity, but the two had already won with them over with their name, which means in English ‘the lights are back’.

The startup combines a marketplace for solar products and awareness on energy use in Egypt.

The content factor was an issue for the judges, who asked Maged how they would expand when currently the site is tailored for an Egyptian audience. He later told Wamda this was an area they wanted mentorship and funding to resolve.