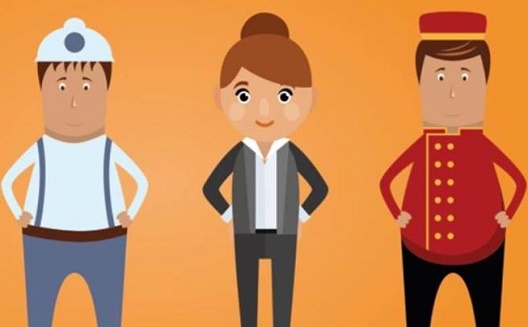 Shaghalni's pitch is not just to advertise blue collar jobs, but 'grey' collar work as well. (Images via Shaghalni)

With only seven minutes to pitch his idea, 32-year-old Omar Khalifa stood before billionaire tycoon Naguib Sawiris hoping to win him over and convince him that his recruitment project, Shaghalni, was the one to invest in.

Khalifa's journey with Shaghalni, which means ‘hire me’ in Arabic, is a long one, growing from an idea in college to a website that provides job opportunities for blue and grey collar laborers.

The Egyptian 'blue collar' refers to craftsmen and industrial laborers, and Khalifa said the ‘grey collar’ refers to middle class jobs such as cashiers, junior accountants and salespeople - all jobs that are rarely advertised in bulk, easy-to-find places.

Somaya Abd-Allah, 21, is unemployed but said she learned knitting from her mom.

“It is a skill I learned but unless you know someone who works in a textile factory you will not find a job,” she said. “Factories don’t necessarily advertise for job opportunities on TV.”

Ahmed Aly, a 26-year-old with a high school degree, is a cashier at a supermarket chain and believes a website such as Shaghalni would help him find a job.

“Unless I pass by a window shop and see a paper of them asking for workers, it is hard for someone like me to find something [a job].” 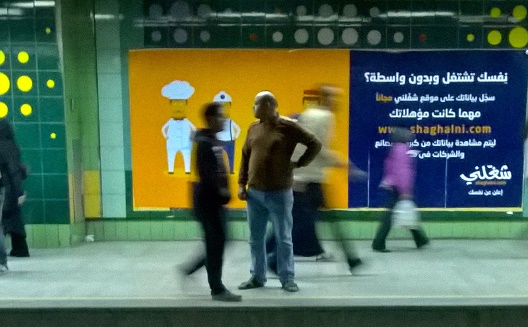 Shaghalni is advertising in Cairo metro, which many of their target audience use everyday.

Egyptians, both employed and unemployed alike, welcome any chance that would provide a better means for life. The Egyptian state statistics body CAPMAS estimates the current unemployment rate to be 12.8 percent, but unemployment among Egyptian youth aged between 18-29 is hitting 26.3 percent.

In other words, over a quarter of young people are out of work.

"I attended many employment fairs that were offered by my university and I always thought how lucky we were for having such fairs while many others were not as fortunate," Khalifa said.

Khalifa (below) graduated in 2008 and sought to start a media company. By 2009 he’d started magazine publishing company Omedia and by 2010 he had sold advertisements worth $128,000. His passion for Shaghalni was not forgotten, however. 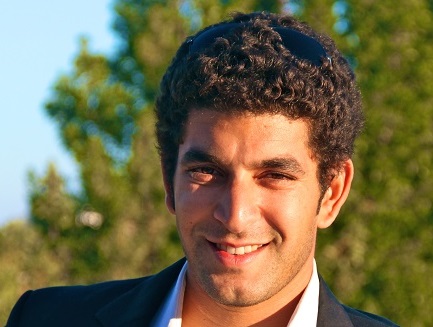 “I [had] partnered with a lot of companies and took credit from printing shops as [Omedia] was doing well,” Khalifa said.

He was forced to sell everything to pay off his creditors.

Starting from scratch, Khalifa revived his old dream of Shaghalni - but not before setting Omedia to rights. By mid-2014 the publisher was back on track and he was able to focus his attention on Shaghalni.

“I contacted a software developer and for five consecutive months we worked on developing the website,” Khalifa said. “ By early 2015, we had the created a prototype and started the testing phase.”

Four dummy profiles were created using actual people to test whether or not companies would be interested in it. Khalifa started marketing Shaghalni on Facebook for $5 a day and hoped that the website would gain momentum.

But Khalifa wanted to grow and knew he would need a much bigger marketing budget to reach his target market. So he sought out telecom companies and VCs to feel out the climate for investment.

He met with three venture capital firms and all three rejected his idea.

“I decided to send an email to OTMT [Orascom Telecom Media and Technology Holding company] proposing my idea,” Khalifa said, referring to an email address the company assigned to receiving project ideas from entrepreneurs. 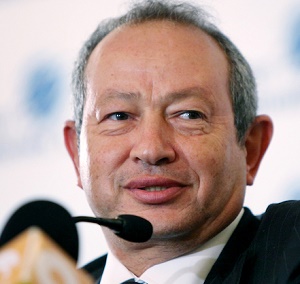 According to Khalifa, his email was short and to the point. A week later, in December 2015, OTMT contacted him, saying he had won a meeting with OTMT boss and controversial businessman Naguib Sawiris (right, image via Albyanews).

“I went to the meeting and had seven minutes to sell my idea,” he said, adding that once he started talking he could tell that Sawiris was looking for “some keywords”.

“The fact that I was planning on helping not the highest caliber [workers] find an opportunity was what he was looking for,” Khalifa said. “That is where the real [unemployment] problem exists.”

After realizing that they both shared the same vision for the project, Sawiris promised to fund Shaghalni there and then.

Khalifa did not want to disclose the size of the investment, yet marketing for Shaghalni has already started in metro stations.

With strong competition from recruitment websites such as Bayt, Cantalope and LinkedIn, Khalifa argues that his website is different.

“Aside from what I said about helping grey and blue collar [workers], the revenue model is different as we will mainly rely on registered companies and website ads for revenue.”

Khalifa said the website had already received advertising queries and would include a subscription service for companies this month.

Companies that do not need many recruits will be able to unlock contact information for three profiles per day and a total of 90 profiles a month. Larger companies that need more recruits will pay a premium of $230 every quarter and have limitless access to job seeker profiles.

“The minimum wage in Egypt is EGP1,200 so we believed if we offered this figure as a subscription fee of three month, it would be acceptable,” Khalifa said.

He also sat down with executives from several companies who believed this figure was suitable.

“The focus this year is not on making profit but rather to build up the website,” Khalifa, adding that target for revenue in 2017 is just under $130,000 in the local currency.