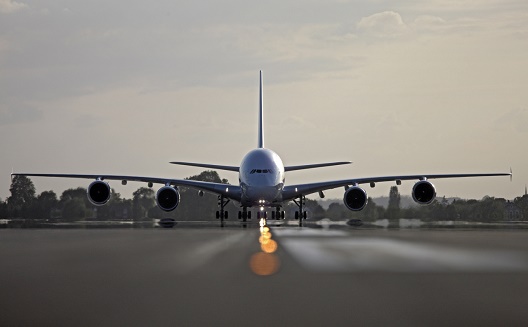 Tunisia's diaspora is returning to a country that's gradually reforming itself, to build lives and businesses. (Image via Aviation Republic)

"The diaspora’s role is still largely a passive one and its role so far in driving the Tunisian economy has been timid and disappointing" said Hassine Labaied, cofounder of Saphon Energy, in an opinion piece on Wamda in 2014.

Flash forward almost two years, and the Tunisian ecosystem has witnessed a rising number of diaspora-driven initiatives and startups.

Many of those who’ve come back to launch startups or invest have often done so after studying abroad in France the US or Canada.

“The entrepreneurship [...] ecosystem particularly caught my attention for its energy and unstoppable willingness to build things despite all difficulties,” said Cogite COO Fatene Ben Hamza. She was raised abroad and this was one of the main reasons why she moved to Tunisia, for the first time in her life, in 2009.

But it was Rym Baoundi, another diaspora returnee, who founded Cogite. She came back to Tunisia 20 years after leaving Tunis to study abroad, to spend a year in her home country creating opportunities for Tunisian youth.

Baoundi believed that impact-driven entrepreneurship was the way to go.

Combining that idea with her extensive experience in ‘urban sustainability’, she cofounded coworking space Cogite with Houssem Aoudi and Zied Mhirsi. The tiny 80 square metre space moved into a villa 12-times the size, and now acts as the startup hub of the country

Today, Baoundi is also a program advisor with the BIAT Foundation supporting the BIAT Bank (Banque Internationale Arabe de Tunisie) with the development of a full fledged entrepreneurship support program and is  developing CITY//CHANGEMAKER, a regional urban innovation platform.

Mohamed Malouche, created the association TAYP (Tunisian American Young Professionals) alongside nine other cofounders after the revolution. He wrote in the Diaspora Alliance that one of their efforts is focused on “encouraging US investors to consider Tunisia as a potential investment location”.

The areas that Tunisia’s diaspora have engaged with tend to be quite sophisticated.

In fintech, one of the hottest sectors around the world right now, there’s Tunisia’s first stock market portal ilboursa, created by Ismail Ben Sassi. Passionate about finance and the stock market world growing up, he became frustrated with the lack of specialized investment portals in Tunisia, so founded the now-14th most visited site with 80.000 unique monthly visitors.

We also find Expensya, an expense reporting app created by Karim Jouini for the European market. Karim was driven by a couple of things: everybody is tired of managing expenses in Europe on one hand and on the other, he wanted to have an impact in Tunisia.

Hassine Labaied, a true Carthaginian, cofounded wind-power company Saphon Energy. It developed The Saphonian, a zero-blade wind converter, and is arguably one of the most successful startups to come out of North Africa.

Fabulous is a science-based app that will help you build healthy rituals into your life, and was cofounded by Amine Laadhari. And Diginium Graphics is a mobile app startup founded by Maher Hanafi after he built about 15 mobile apps, six of which became chart toppers.

Returning to their roots

Giving back to Tunisia or a sense of obligation towards helping their countrymen and women is a big driver for many diaspora founders.

This group of believers are taking it upon themselves to ‘leave’ a comfortable life in their home or adopted country because they believe they can help support change in Tunisia, a country that led the Arab Spring and is the only country so far to emerge with a positive outcome.

“Tunisia gave [to] me without expecting any return. I think this is my way to return the favor by investing in Tunisia,” says Diginium Graphics’ Hanafi. Tunisia’s gifts, he said, were in the form of free schooling and health care.

Expensya’s Jouini said the diaspora could help the local ecosystem by employing their know how and international networks to help tunisian startups develop and raise money.

TAYP’s Malouche said this could be in the form of promoting the country and its startups abroad, developing launch training, providing mentoring, developing capacity-building programs, and engaging in volunteering and community service.

“There needs to be also incentives put in place to encourage the diaspora to invest its savings (not only remittances) in Tunisia,” Maalouche said.

Sami Ben Romdhane, the recently nominated Silicon Valley ambassador for  the Smart Tunisia program which wants to help companies expand offshore and has the ambitious goal of creating 50,000 jobs over the next five years, plans to organize the efforts of the diaspora across the US. He wants to use communication technologies in order to develop a plan and some priorities to bring the diaspora together  as one “team”.

The returning entrepreneurs and investors agree that the country’s ecosystem has evolved in the past two years but there needs to be much more action.

Many actors of the diaspora interviewed  agree that in order to see a bigger impact from the diaspora, both international and entrepreneurs shouldn’t rely on the government, but organize amongst themselves.