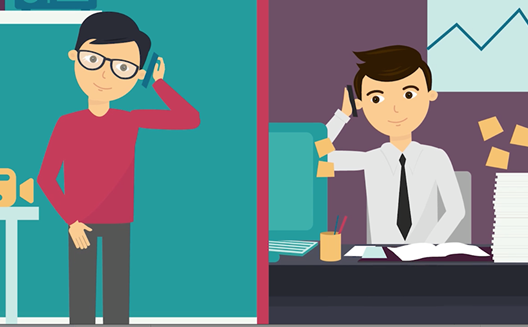 Can an online platform successfully connect investors to entrepreneurs? (Images via Magnitt)

All experts and stakeholders agree that for a successful ecosystem to happen, there needs to be collaboration between the different players, including the entrepreneurs themselves, investors, corporations, governments, incubators and accelerators.

This collaboration can translate into various initiatives and activities between these players. But can startups achieve this challenging task alone? Magnitt believes it can.

Dubai-based Magnitt is a way for people in the MENA ecosystem to better communicate and find access to seed funding, pitching advice and communication with investors.

Globally, a lot of private and public initiatives exist to push companies forward, such as Startup America which was launched by the White House to collaborate between the private and public sector. Europe Startup Partnership is another example of an initiative that connects corporations with startups. Corporate initiatives such as Bridge from Deloitte, MatchCapital, StartupBlink and CoFoundersLab take the effort to a global, rather than just country, scale.

In MENA these initiatives are still limited to incubators, accelerators and events that seek to connect the different stakeholders in the ecosystem. But for Magnitt, there was more room to grow and, perhaps, a more efficient way to connect.

"We want to create a database for service providers of both startups and investors to communicate in one platform," Magnitt founder Philip Bahoshy told Wamda.

Since October 2015, when Magnitt first launched its beta version, Bahoshy's company has grown to include around 200 startups and more than 1,300 users who are mentors, investors and founders. The team has two interns, a freelance developer and four mentors, and Bahoshy is looking for a partner.

Let’s get some background…

The idea came to Bahoshy while he was pursuing his MBA at INSEAD and was faced with the questions that all entrepreneurs face: Is this a good idea? Where do I go to get meaningful mentorship and advice? How do you get funding?

Unable to find resources to answer these questions, Bahoshy realized there was a gap in the ecosystem.

"We have a lot of events and competitions at [this time]," Bahoshy said. "But they only include a limited number of startups."

Magnitt was launched initially as a link between entrepreneurs and investors, but it soon turned out to be a link between all parties involved in the startups ecosystem.

"An entrepreneur must plan the timing of his pitch, and to choose events where he can outline the problem he is willing to solve, the solutions, competitions and how he plans to make money," Bahoshy said.

An investor or mentor has two choices when using the platform, to check the directory of startups or to use the ‘elevator pitch’ option and select a sector or country.

When a user likes an idea on the platform, they can add it to their list of favorites and share it on social media, allowing greater visibility and for interested parties to contact the startup. 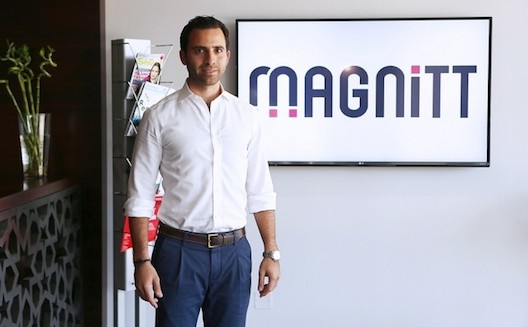 Bahoshy says he is not concerned about competition, but is that possible?

Bahoshy says it’s "like a free marketing campaign”, but is not a replacement for pitching competitions and events organized by accelerators and incubators in the region. On the contrary, the platform has collaborated with such organizations and events.

Bahoshy is trying to expand his platform to several countries in the region, as around half of the registered startups are from Lebanon, UAE, Jordan and Egypt. The second reason for his expansion is to identify seed investors in the region and introduce them to startups.

“But not all of them of course as they don't all belong to accelerators," he said.

Magnitt is still a self-funded project. Bahoshy has only recently begun his first round of investment. It must be noted that registration for startups is free, as indicated by his business model. He is trying to find other sources of long-term income, that may include featuring tools and services on the platform, such as legal consultations or marketing suggestions.

Say no to competition

Bahoshy is not interested in any idea of competition, because it doesn't contribute to supporting the ecosystem players, he said. His relationships with the others players and organizations is mutually beneficial.

"You might find on Magnitt certain startups that want to join your incubator, and the reverse is true. And even though we provide a bridge for these parties, we can't replace the day-to-day interactions that these [incubators] provide," he said.

"[But] everybody has competitors. There's CrunchBase and AngelList, and they both have the same role in global market, but our startups don't use them because they don't meet their local or regional needs," he added.

Magnitt has reached out to crowdfunding platforms as its next collaboration initiative.