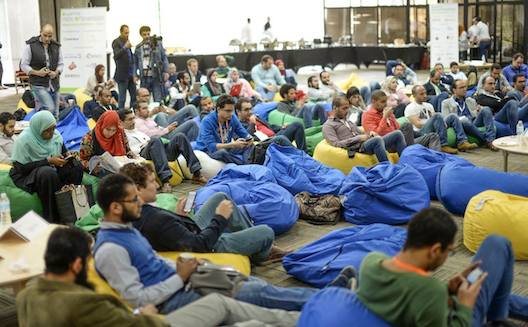 Wamda Reserach Lab (WRL) findings showed that 40 percent of entrepreneurs from the software development and service industry think the most talented employees are in Jordan, whose capital, Amman will be hosting our next Mix N’ Mentor.

Also, topics discussed over the morning sessions and during the afternoon workshops will be tailored to entrepreneurs’ needs based on a survey that we’re conducting with the ones who attended last year’s Mix N’ Mentor in Amman and other members of Jordan’s startup community. You can still participate in the survey to tell us how we can better serve you, click here.

Mix N' Mentor is a cosy event: it’s all about peer-to-peer learning and networking with high quality mentors. Entrepreneurs will build new connections and deepen old ones.