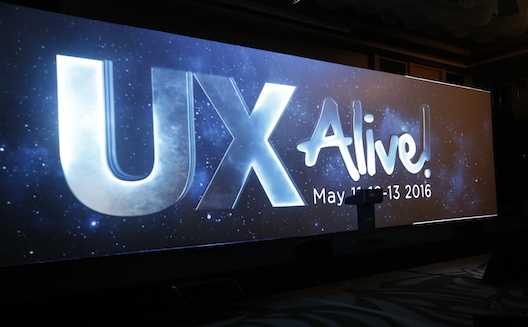 Over 600 attendees keen to learn how to enhance customer experience. (Images via Lorena Rios)

User experience design (UX) is an evolving field in Turkey and it’s still hard to find investment. This was a key takeaway at last week’s UX Alive! conference in Istanbul.

The second edition of the conference attracted about 600 attendees from 23 countries over May 11-13, and was a three-day exchange between startups and corporations looking to strengthen the presence of UX in Turkey.

“UX has become a science and an art,” said Ronel Mor, head of the interactive design program at Bezalel Academy.

Vitaly Friedman, editor in chief at Smashing Magazine, kicked off the conference by urging the audience to think outside the box. 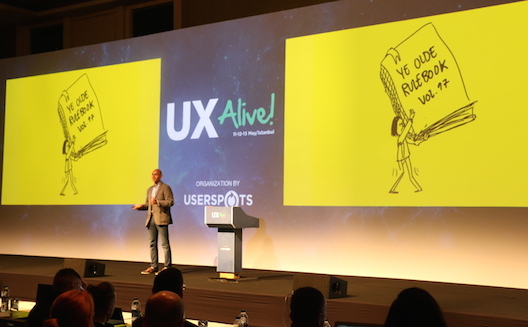 Vitaly Friedman of the Smashing Magazine.

“[The industry] teaches you to think for generic solutions to generic problems; let’s go past that,” he said. “We are all trying out best practices - what to do, what we shouldn’t do - but you should try things you shouldn’t do.” This simple piece of advice may come off as obvious, but the fact is that the majority of Turkey’s UX designers are self-taught and often times lack a mentor telling them to take risks. “Keep breaking walls,” he advised the hundreds of attendees.

Senol, like many of his colleagues in the field, is a self-taught UX designer. He took online courses in UX design and built his way up. “The UX community is not large, but it is a growing field,” he said.

Senol attends events organized by the UX Association in Turkey and takes advantage of Turkey’s position as a regional tech hub. “Companies in the region have their headquarters in Istanbul,” he explained. 'It creates a perfect opportunity to build global partnerships.”

The atmosphere inside the conference halls was relaxed, and the conference itself did its share of UX tailoring by providing a bottomless supply of coffee, Turkish delights, perfectly sharped slick pencils, notepads, and bowls of refreshing peppermints.

Heralding a futuristic vibe the conference paradoxically gave the impression that the future is now. Planet Earth and a roving astronaut appeared on the screen whenever each presenter was called on to the stage and dimmed lights tried to create the feeling of being in outer space. 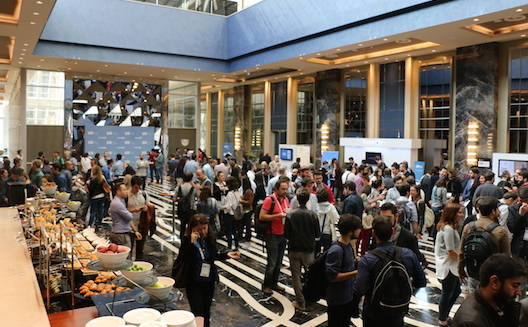 The food was a distraction but a welcome one.

More than 30 speakers addressed their audience with the comradeship typically found during weekly team meetings, including the occasional swearing.

Given that UX is also the art of design, speakers discussed what at times sounded like existential debacles: the paradox of choice, the value of options, placebo effects, and the difficulty of making choices.

“This year we introduced more workshops with the aim of promoting UX techniques and expanding global know-how in the local community,” said Mustafa Dalci, founder of Userspots and the event’s host.

Turkey, a fertile ground for UX

The fact that UX Alive! was held in Istanbul is testament of the industry’s global scope, building bridges between cultures to create the ultimate experience for users, regardless of their background. “The Internet creates a global culture. It offers the same products across a cultural spectrum,” Mor explained. “The user is agile and flexible, elastic and tolerant.”

Despite the fact that the conference was welcoming anyone looking to engage with their customers’ needs, it’s in the banking and ecommerce sectors that UX in Turkey has the strongest presence.

“PayPal has a big interest in Turkey because of the large number of Turks living abroad,” said Michael McKay, director of UX Design at PayPal. “Finance technology is highly advanced and there is a big market for shopping out of country.”

Talking about the fast pace at which ‘networked things’ are evolving, independent UX and product consultant, Claire Rowland said in her talk on UX and IoT, that something is happening and soon it will become normal. “Shiny visions of the future appear like magic,” she said, “but the reality is that new ways tend to fail.” And with that, she urged her audience to keep experimenting and growing without ever losing touch of the ethical business frameworks, a common theme throughout the conference.

Time passed by seamlessly and nothing, except the abundant variety of food options, interrupted people’s creative process. “Choosing is painful,” said Zumbrunnen, a statement that rang true of the breakfast and lunch bars. “[UX] makes people feel better about the decisions they make.”