This article is a crosspost from CB Insights.

All of the companies in our infographic are based in the Emirate of Dubai. Collectively, these companies have raised approximately $2.3 billion.

The United Arab Emirates is making headway as a significant incubator of technology companies. The country is now home to two unicorn companies that were each valued at $1 billion in 2016. The ride hailing company Careem Networks reached unicorn status in December and the ecommerce company Souq.com received a billion dollar valuation in February. Another Emirati ecommerce company, Noon.com, obtained $1 billion in funding in November 2016, and has said it will begin operating in January 2017.

Using the CB Insights database, we mapped the 32 most well-funded tech startups in the UAE. We only included companies that have raised funding since 2013. 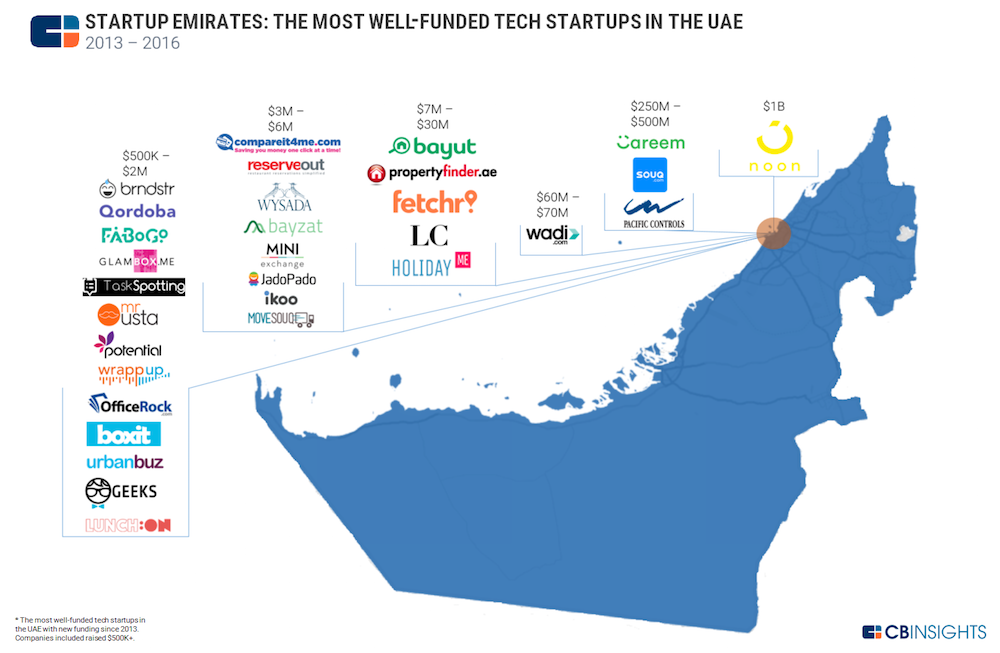 The most active investor in the UAE’s most well-funded tech startups, by number of deals, is the venture firm Wamda Capital, followed by BECO Capital and then STC Ventures.

For the complete list of companies in this brief including their individual total disclosed funding amounts and investors, see the table under the key insights section below the infographic.

Key insights about these companies: