The UAE continues to be the leading hub for entrepreneurs according to a new report from Wamda Research Lab. More than 35 per cent of pre-seed startups are based in the UAE, followed closely by Egypt with 26.5 per cent.

The findings are part of Wamda’s State of Pre-seed Startups in Mena, which gathered data from interviews conducted for the second cohort of the Wamda X fellowship programme. More than 600 startups from across the Middle East and North Africa were interviewed for Wamda X.

Unveiled in collaboration with STEP Conference in Dubai, the findings were discussed in the first panel session.

It found that the key milestone for 31.7 per cent of startups is to finalise and launch their product. Additionally, only 21.7 per cent of the startups have fully operational teams, while 56.5 per cent are only founders with part timers and freelancers 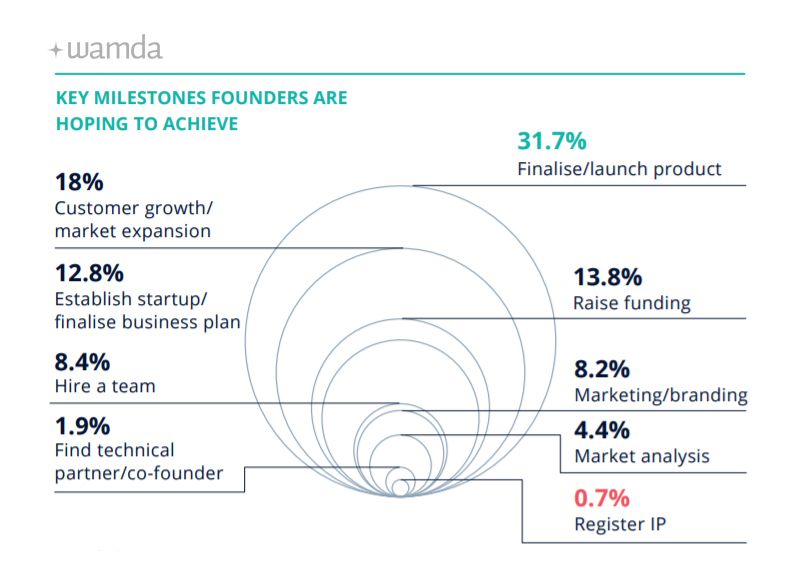 E-commerce and marketplaces continue to dominate the sectors startups serve, with 18.7 per cent and 15.4 per cent respectively, yet, there is growth across other diverse sectors.

“Of 100 applications our accelerator programme in Saudi received, 65 per cent fit within e-commerce or marketplaces. This is the easiest thing for entrepreneurs to think of, compared to challenges large corporates may be facing,” said Muhammed Mekki, Founding Partner of AstroLabs. “However, it is about who your target market is, and we are now seeing rising interest in fintech and new technology. There is a happy balance between promoting innovative tech-based companies and having an understanding of the actual market needs today,” he added.

According to the report, nearly 75 per cent of founders are males, leaving only 25 per cent female.

“I have been in business since 2012, it has been a challenge being a woman to start in Dubai. You face backlash of people asking why do you have to work? You have a family and a husband to look after you,” said Fatma Almulla, Emirati entrepreneur and founder of FMM. “There is a stereotype that people do not think women would work very hard. I give my business 150 per cent and I want to be taken seriously. By time, people start to notice my name and work and big companies are now coming to me to understand more about Emirati women entrepreneurs.”

While access to finance is increasing, 46.3 per cent of initial investment comes from the founders themselves. “As markets mature, angel and seed investors are more understanding of what they are doing. There is a lot of money being poured now into the region, funds are becoming substantially larger. However, angel investment in Mena is not that strong yet. We see five or six deals a year, which is not that much,” said Issa Aghabi, head of venture capital investments and funds for Mena at the International Finance Corporation. 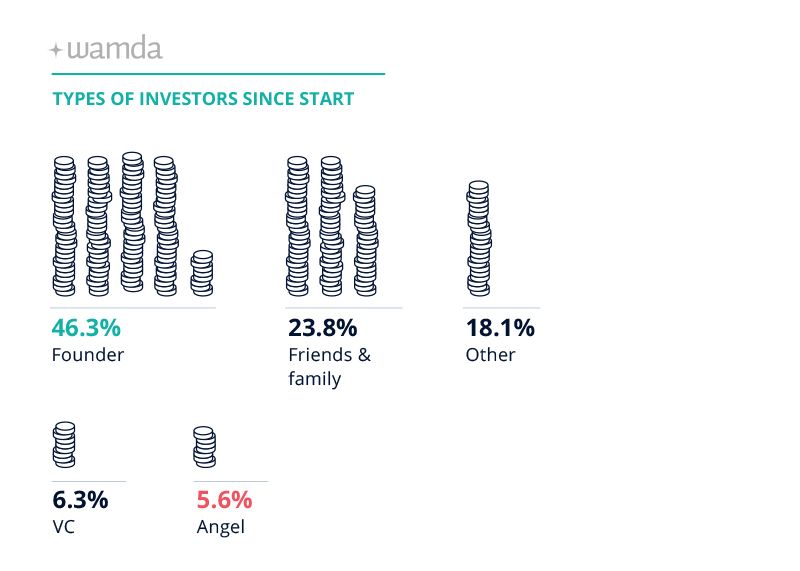 The report found that only quarter of startups are currently raising capital.

“The number of applications we see coming out of Egypt is astronomical, many local investors are becoming more interested, and the government is increasing its support,” said Aghabi.

“Startups need cash to survive and building something that is a long-term bet might lead to failure,” Mekki added. Similarly, Matar confirmed it is about trying to find the best fit and the best home for founders to grow their startups, as there are so many organisations now trying to help entrepreneurs.

Entrepreneurship is a challenge for the most tenacious minds looking to provide solutions to some of the most pressing challenges and gaps. While innovative founders have the disruptive ideas to shift from executives to entrepreneurs, it is micro issues such as the cost of setting up a business and difficulty to identify and attract the right talent that are the biggest concerns for entrepreneurs.

To know more about the report findings, download your copy here.